The new season of 12 MONKEYS finds the group separated after their unsuccessful assault on Titan. Cole attempts to track down Titan as it moves through time so he can find Cassie again, but as the members of the team come back together, new loyalties and divisions arise leading to a dramatic death.

Everything fell to pieces after Cole and company tracked down the industrial complex/city of Titan and attempted an assault on it. Cole escaped while Cassie, Jennifer, and Deacon all disappeared inside of Titan as it leaped through time. Ramsey ended up following Olivia, who is no longer a disciple of the Witness after having a falling out with her brother. She promises Ramsey if he follows her she’ll take him to his son. Is she lying? Is it a trap?

Cole spends a lot of time placing sensors all over in the hopes that one may alert them to the presence of Titan. He’s driven, maniacal even in his quest to find Titan and Cassie, so much so that Jones thinks its time to quit the search. She sends her daughter Hannah along with Cole with explicit instructions to stop him from doing anything that may get himself into unnecessary trouble. For Jones the mission is not to find Cassie, the mission is still to stop the Witness. How can she dissuade Cole when he’s driven by his love for Cassie? 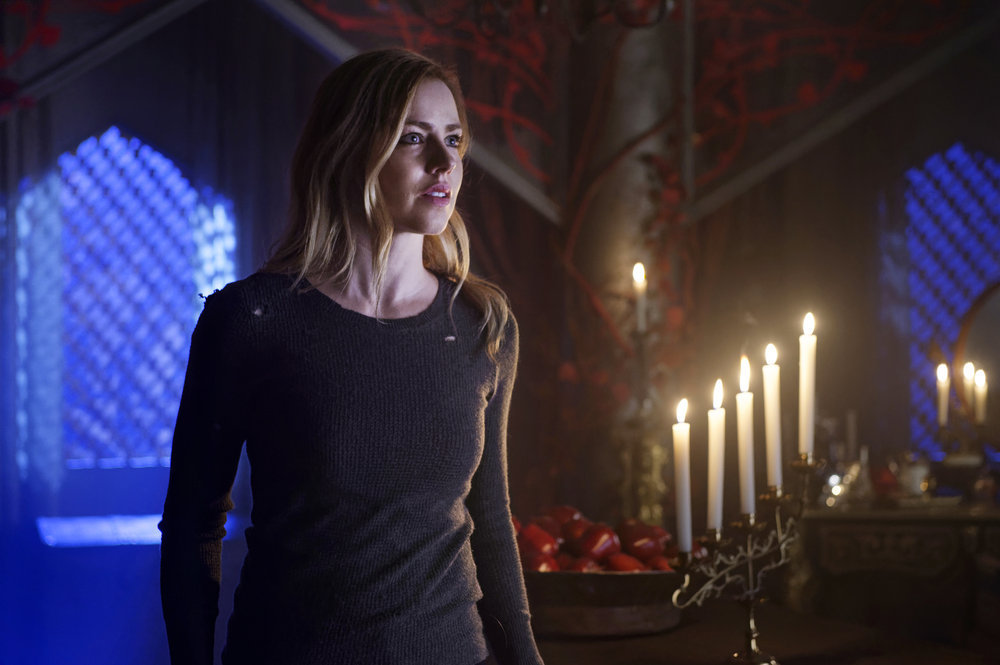 Cassie is being kept captive so she can give birth to her and Cole’s child, which will grow up to be the Witness. She’s aware of this, but Cole isn’t yet. One of the sensors locates Titan, and Cole heads there to rescue Cassie, who unbeknownst to him is being helped to escape by her handmaid. Right as Cole is about to reach Cassie, someone in a time travel enabled suit grabs Cole and whisks him away. Who is it, and why did they do that? Cassie’s first reaction after her unsuccessful escape attempt is to kill herself and her baby when an opportunity presents itself, but one of the Witness’s followers uses a similar time travel suit to go back and warn the Pallid Man of Cassie’s intentions. She loops time back. Cassie is now a prisoner whose only usefulness is she’s the mother of the Witness. What will become of her once her child is born?

In a strange paradox, it’s a version of Cole from the future that stops Cole from rescuing Cassie. He’s changed events to alter their outcome just like the people from Titan did to Cassie. This intrusion is to refocus Cole and reiterate Cassie isn’t the main objective right now. Jennifer is the key to understanding the new dynamics of the altered timeline. She may know how to successfully kill the Witness to stop all of this. The problem is she’s stuck in World War I era France with no discernable way to contact Jones so she can be rescued. Will Cole find her before frightening people from her visions come to kill her? 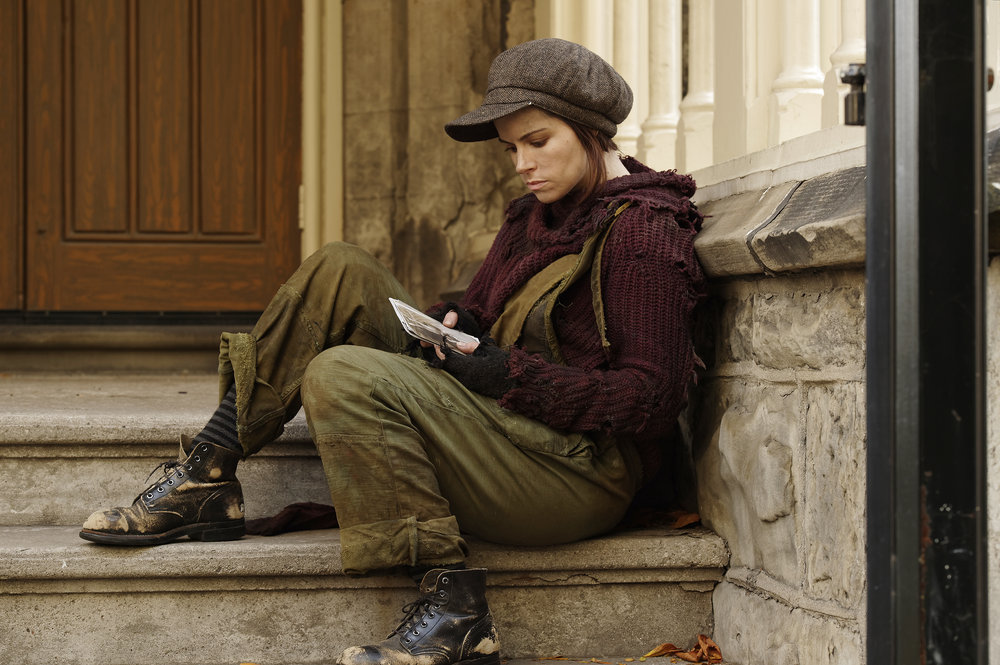 One of the most interesting aspects of these first four episodes is how Jennifer makes a life for herself in 1920’s France. She’s basically homeless, living on the streets, and in order to make ends meet she ingratiates herself to a theater owner. With her knowledge of 20th century entertainment, she’s able to wow the crowds with her reinterpretations of Charlie Chaplin, E.T., The Alien Franchise, and Jaws. The imaginative versions of these modern classics bowl over the French public, and she makes a lot of money for the theater owner as well as a comfortable life for herself. Watching the crowd’s reaction to the chest bursting episode from Alien and the shark attack from Jaws is hilarious. Once Jennifer has creative free reign, she stages a play based on time travel, Titan, and how she arrived in France. Her stage decoration, lighting effects, and story telling ability are wonderful, but the story lands flat for the audience, though it does attract followers of the Witness who attempt to kill Jennifer. Lucky for her, Cole and Jones come to her rescue just in time and kill her attacker.

Cole and Jones are able to track this future traveler to an apartment in the hopes of finding out what the mysterious device Jennifer saw in her visions is. Jennifer refers to it as a paradox in a box, but is it a weapon or something entirely different? Unfortunately these three are no match for the future technology these four followers of the Witness use. All four have the same suits that can travel through time, meaning they are far more mobile and hard to pin down than Cole, Jennifer, and Jones are. Just when it seems they’ve gotten the drop and are about to see what’s inside the box, one of the travelers loops back, warns their past selves to alter course, and creates a time loop that drops Cole, Jennifer, and Jones right back to before they rescued her. They failed to thwart the Witness’s followers, but they did find and rescue Jennifer. If she’s the key, they have reason to hope.

It seemed as though Deacon died in the season 2 finale, but he’s alive and being cared for, hidden by the Pallid Man’s right hand man somewhere inside Titan. Why is he taking such a risk to save Deacon? What does he gain from this? He tells Deacon he has a task for him, but it will wait until Deacon heals. During this time of recovery, Deacon comes face to face with his demons, mainly in the form of his abusive father. Clearly this is all in his head, but it’s an intense struggle inside of himself. Can he silence the negativity of his father and put his past behind him? When the time comes will Deacon be up to whatever task the man has planned?

Cassie gives birth under intense scrutiny, and isn’t even allowed to see her son afterward. When she does ask, or rather pleads to see her child, she’s shown a room full of items and diagrams of what he’s to become, not the child itself. The same man who helps Deacon warns Cassie she needs to leave Titan now or there’s a real possibility she’ll be killed. Luckily Deacon’s task turns out to be saving Cassie and helping her escape Titan. With a final intervention from their savior, Cassie and Deacon find freedom right as Titan moves through time. They find themselves in 2047, two years since they arrived to Titan. When they do locate Jones’s compound it’s completely destroyed with no sign of anyone. How are they going to get back to the group now?

Ramsey might have one of the toughest roles on 12 Monkeys, since he alternates between being a villain and a hero. His son Sam is the reason he waffles back and forth between helping Cole and opposing him. Olivia promises to reunite Ramsey with his son, but the camp Sam’s staying in has just been attacked when they arrive. Sam is seriously injured and makes Ramsey promise not to alter time in order to save him. In fact he pleads with Ramsey to put him out of his misery, and Ramsey does. It’s an emotional and bizarre moment. I mean, you don’t see a lot of filicide depicted in television these days. The raw emotional state this act leaves Ramsey in allows him to be manipulated by Olivia, and the two devise a plan to trick Cole and Jones in order to lead Ramsey to a moment in time where he can kill Cassie. If he’s able to kill the mother of the Witness before she and Cole ever meet, he’ll be able to wipe the Witness out of existence.

In order to sell their deception, Ramsey makes it look like he’s captured Olivia and brought her back to the compound. The entire plan revolves around how well Ramsey knows Cole and can intuit how Cole will react to certain situations. Cole plays right into their trap, so much so, that Ramsey is able to tell Olivia ahead of time what to expect, including Cole’s attempt to break her mentally. It turns out Olivia is the little girl in Berlin Cole and Cassie found locked in a room, but left behind instead of rescuing her. Cole uses this newfound knowledge to confine her in a small, dirty space in the basement of the compound. Seemingly broken, Olivia tells of a time and place where the Witness will be vulnerable to assassination. Ramsey and Cole head there to kill him. 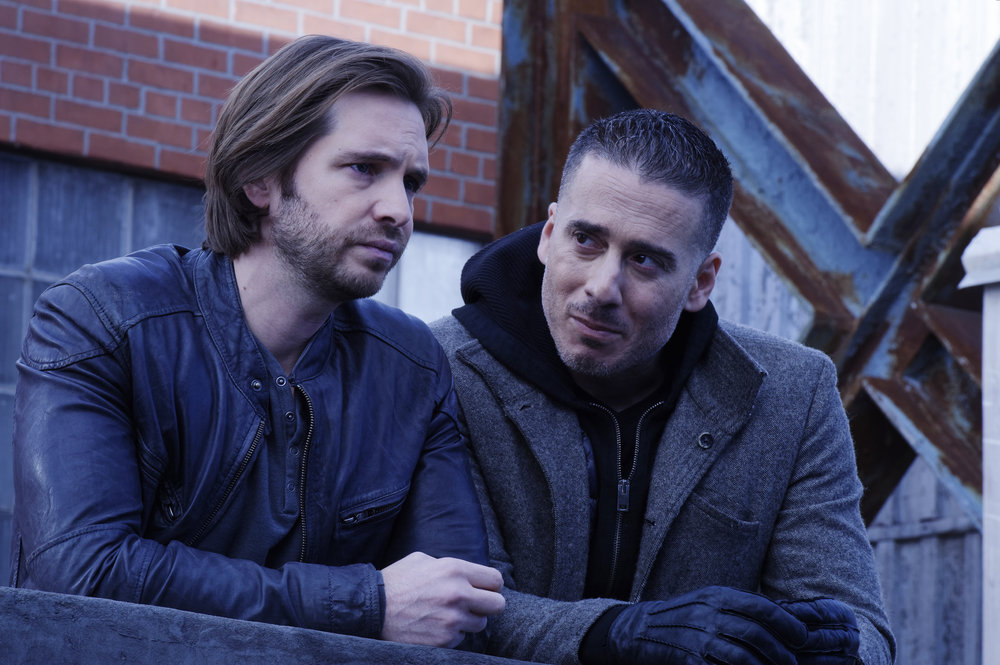 Jennifer knows something is up, and can sense things aren’t as they appear. She confronts Olivia about it. Ramsey tries to pull the wool over Cole’s eyes, but Cole sets Ramsey up, proving Ramsey has ulterior motives. When it’s clear Ramsey intends to kill Cassie, even to the point of murdering a woman he thought was Cassie, the two best friends struggle and fight. As Ramsey is dying from being shot by Cole, he explains he wants to kill Cassie because she and Cole are the parents of the Witness. This revelation leaves Cole’s head spinning. How can Cole complete his mission of killing the Witness and restoring the timeline if it means killing his own son? Will he be able to go through with it now that he knows the truth?