Super Bowl 51 is still a few days away, but the New England Patriots and the Atlanta Falcons won’t be the only ones doing battle during the big game, as Hollywood studios will be flexing their marketing muscles with ad buys for their blockbuster movie trailers. Of course, a seat at the table doesn’t come cheap.

As of Jan. 27, Fox had yet to sell out ad units for the game, which go for around $5 million per 30-second slot, according to Bloomberg. Apparently, Fox was hoping to benefit from a matchup between the Patriots and either the Dallas Cowboys or the Green Bay Packers (both fan favorites), but the Falcons dashed those dreams, complicating the network’s plan and leaving it with more slots than usual the week before the Super Bowl.

“We held a couple more than we thought in case it was Dallas or the Packers,” Bruce Lefkowitz, who oversees Super Bowl advertising sales for Fox, told Bloomberg. He also said that ad agencies have shied away from the pressure of producing a high-profile Super Bowl spot due to increased scrutiny on social media and the rise of commercial rankings.

While Hollywood never misses an opportunity to play to the cameras, and there’s no single TV event with a bigger audience than the Super Bowl, keep in mind that a Super Bowl ad doesn’t guarantee box office success. Gods of Egypt, Eddie the Eagle and Alice Through the Looking Glass, Independence Day: Resurgence and Teenage Mutant Ninja Turtles: Out of the Shadows were all advertised last year, but it didn’t help any of them turn a profit, though to be fair, four of the top-six highest grossing domestic releases also advertised during the Big Game — Captain America: Civil War, The Jungle Book, Deadpool and The Secret Life of Pets.

Though only Paramount has confirmed which trailers they’ll be unveiling during the Super Bowl, the Tracking Board has a pretty good idea of which movies we might see in the starting lineup on Feb. 5.

Oh, and in case you were wondering, EuropaCorp/STX aren’t expected to advertise Luc Besson’s big-budget Valerian and the City of a Thousand Planets, which is sticking to its July 21 release date opposite Warner Bros.‘ WWII movie Dunkirk from director Christopher Nolan. That should be the showdown of the summer, but both studios are saving their marketing dollars for closer to release. That means no ads for Wonder Woman, Kong: Skull Island or Justice League (which is, admittedly, pretty far out) from Warner Bros.

After inspecting the 2017 release schedule and each studio’s Super Bowl ad buys over the past three years, here are 12 movie trailers that are good bets to take the field before, during and after the NFL’s championship game. 1. Guardians of the Galaxy Vol. 2 (May 5) – This one feels like a no-brainer for Disney, which has much higher expectations for this sequel than it did for the first film, a box office juggernaut ($773 million worldwide) that even they were surprised by. It’s a safe bet that we’ll see Star-Lord on Sunday night, and the odds are “even” that we’ll meet Kurt Russell as his father, Ego.

2. Pirates of the Caribbean: Dead Men Tell No Tales (May 26) – Since NFL fans don’t seem to care about how players behave off the field, what better time than the Super Bowl to herald the return of Johnny Depp as Captain Jack Sparrow, given the actor’s alleged past transgressions. Disney wisely held the signature star of its Pirates franchise out of the first teaser for Dead Men Tell No Tales, but if the studio wants to get the most bang for its buck, it’ll have to take Captain Jack out for a test drive this time around. Depp’s cameo appearance in Fantastic Beasts and Where to Find Them didn’t seem to hurt that tentpole’s box office ($809 million worldwide and counting), and with the Pirates franchise facing diminishing returns, Disney can’t afford to leave any stone unturned — including the Super Bowl. 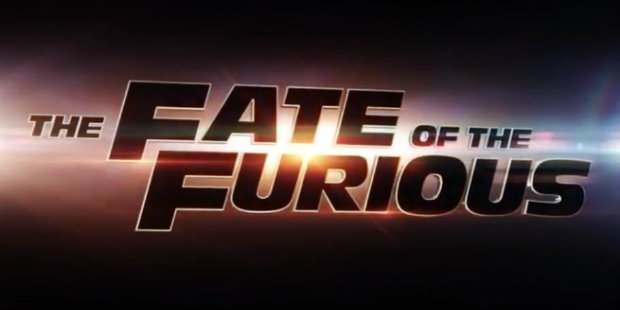 1. The Fate of the Furious (April 14) – You can mark this one down as a “yes,” because it’s happening, folks! Why? Because this is a franchise about “family,” and families watch the Super Bowl together. Oh, and Universal also advertised Furious 7, which grossed a cool $1.5 billion back in 2015. Don’t expect them to mess with that kind of formula for success.

2. Despicable Me 3 (June 30) OR Fifty Shades Darker (Feb. 10) – Interestingly enough, Universal also advertised the female-skewing Fifty Shades of Grey during last year’s Super Bowl, as well as Illumination’s The Secret Life of Pets, just as it did Minions before that. While Universal might be tightening its belt this year and buying fewer spots, these remain two distinct possibilities, especially since the Fifty Shades sequel is tracking well behind its record-breaking predecessor.

3. The Mummy (June 9) – And yet, if there’s any Universal movie that could use an eyeball boost, it’s The Mummy, which features the World’s Greatest Movie Star, Mr. Tom Cruise. The Mummy is a very important film for Universal because it launches the studio’s planned universe of classic monsters — think Dracula, the Wolfman and the Bride of Frankenstein. True football fans have seen Jerry Maguire and thus, love Cruise, so why not just shell out and give them what they want — a few seconds of him being a bad-ass. This is one marketing mission that’s definitely possible. 1. Transformers: The Last Knight (June 23) – Poker-faced Paramount started off the week keeping its cards close to its vest, but then the studio had a change of heart and confirmed that Transformers: The Last Knight will have an in-game spot and Ghost in the Shell will have a spot before the kick-off. This sequel introduces a new Arthurian element into the traditional Transformers lore, and Paramount may wish to communicate that with its new Super Bowl spot… or maybe Michael Bay will just want to blow a lot of stuff up. I wouldn’t put it past him.

2. Ghost in the Shell (March 31) – We can’t blame Paramount for wanting to get more eyeballs on this expensive manga adaptation starring Scarlett Johansson, but for some reason we’re surprised this money isn’t being spent on Baywatch. Perhaps that’s because the summer comedy looks like a sure thing, and will have Dwayne Johnson and Zac Efron touting it on social media for the next few months. Johansson doesn’t use Twitter or Instagram, so that could explain why Paramount feels the need to advertise this on Sunday. After all, it could go either way given the racial controversy that made headlines last year. 1. Logan (March 3) – Fox bought an ad for Deadpool last year and that worked out so well for them that we don’t anticipate they’ll stray from that strategy. Logan is billed as a Wolverine movie with soul, but it’s still without Wolverine in the title. It’s possible this Super Bowl spot will emphasize the action and show the Clawed One at his most fierce.

2. A Cure for Wellness (Feb. 17) – This horror movie from Pirates of the Caribbean director Gore Verbinski looks like a visual delight, but the story isn’t quite clear yet — a problem we hope is addressed by the next trailer. We’re a little surprised Fox would spend $5 million to promote this film, but maybe the studio thinks it has something special on its hands, like the similarly stealth hit genre film Chronicle.

3. War for the Planet of the Apes (July 14) OR Alien: Covenant (May 19) – Fox ran four ads last year, so if it buys a third slot (perhaps at a discounted price, since the Super Bowl is on FOX this year), you have to think it would be for one of these two summer movies. Alien promises to be a hard-R, so that could be tricky to advertise during a game with so many kids watching, but Apes has been the studio’s most consistent franchise in terms of quality. Honestly, it deserves the slot over Ridley Scott’s sci-fi movie. But it’s possible neither will be part of the lineup. 1. Life (March 24) – Sony copped to buying one pre-game spot, but shockingly not for Spider-Man: Homecoming (or The Smurfs: The Lost Village). Here at the Tracking Board, we thought we might get our first look at Idris Elba and Matthew McConaughey squaring off in The Dark Tower, but alas, it was not to be. Deadline reports that Sony has chosen to use the spot to promote Life, its sci-fi movie starring Jake Gyllenhaal and Ryan Reynolds. I love both of those actors, but Life looks a little generic (maybe this new trailer will convince me otherwise), and I think Sony would’ve been better off unveiling a first look at The Dark Tower, or even an early Jumanji teaser featuring Dwayne Johnson and Kevin Hart. The other way the studio could’ve gone? A Super Bowl-themed ad for The Emoji Movie, with football emojis and other such icons. When it was first announced, we thought it sounded ridiculous, but we’re slowly coming around to the idea that it could The Emoji Movie be sly and subversive, a la Disney’s Zootopia. 1. Power Rangers (March 24) – Listen, this may be a long shot, but Lionsgate shelled out last year for The Divergent Series: Allegiant (what a title!) and Gods of Egypt. Now Power Rangers may not boast the same price tag, but it’s kind of a big deal for the studio, in that it represents a legitimate opportunity to launch a franchise. The film isn’t packed with famous faces like the much more expensive Divergent series, but it has potential. We think. Maybe. We’ll see how much Lionsgate believes in it come Sunday, though the studio has also sunk its financial reserves into extended Oscar campaigns for La La Land, Hacksaw Ridge and Hell or High Water, among other titles, so it may choose to play this one safe, especially given the lack of recognizable stars who excite football fans in the heartland.