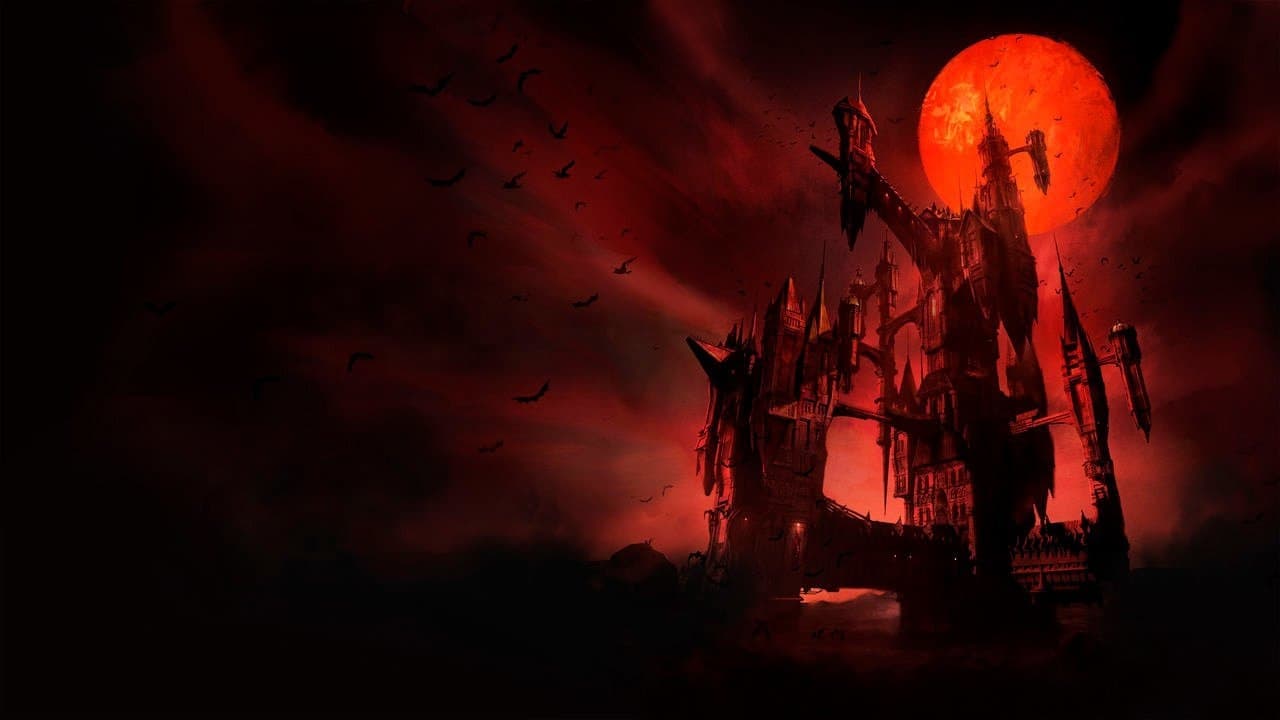 Video game adaptations have delivered flop after flop after flop. Just last year with Michael Fassbender’s Assassin’s Creed, the film opened to a mere $10.3 million and was universally panned by critics. Even with a star like Fassbender in the lead, audiences were already savvy to the fact that video game adaptations are usually hot garbage. There always seems to be a strange disconnect between what people enjoyed about the game itself and the “vision” whatever creative team brought to the project.

Castlevania proved this sentiment wrong when it rocked the internet this year with its breathtaking and far too short first season. Adi Shankar was the mastermind behind this adaptation and he has proven that the curse can be broken with enough passion for the game itself. Shankar has already been tapped to do for Assassin’s Creed what he just did for Castlevania and it goes to show that with the right people, the idea of a critically successful video game adaptation is no longer a pipe dream. Even directors like Steven Spielberg are hopeful to create a successful adaptation of the Halo series we’ve been promised.

In an interview with Rotten Tomatoes, Shankar said “This is something that was made for fans — actually made for fans, not at fans,” he continued. “The struggle for a lot of people adapting video games is they aren’t gamers. They don’t actually like the thing. A lot of dudes go, ‘What do kids like? Video games? OK, cool, get me a video game with a built-in fan base — that means they’re going to show up opening weekend to my movie.’ Nah, dude. They’re not going to show up. In fact, they’re going to go online and make fun of you for desecrating the thing they love.”

Herein lies the necessary ingredient for catering to the very specific and fickle tastes of video gamers in the modern era. With this recent success of Castlevania hopefully being the catalyst for more passionate storytelling, there is a chance that the same fervor can be brought to some other titles that deserve a similar treatment. As this may be indicative of a future movement to make more passionate adaptations, here are some titles that have all the same ingredients of an engaging and successful series. 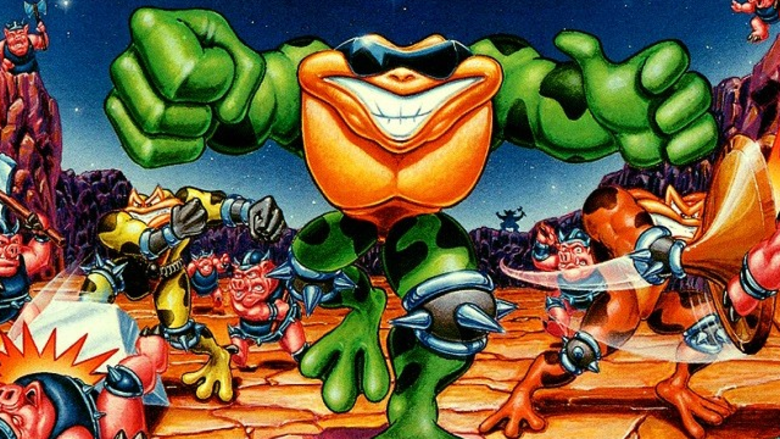 Here’s a series riddled with memes and a release gap so long it could have graduated college by now. Battletoads was created during the slew of reptile/warrior hybrids stemming from the still relevant Teenage Mutant Ninja Turtles franchise. With a more adult-oriented subject matter and a much more tongue-in-cheek approach to the wacky premise, this relic of the past may just see a well-received reprisal if given an adaptation on Netflix or Hulu. This matches up with Netflix’s taking advantage of more nostalgic based series with Magic School Bus and Bill Nye Saves The World. The adventures of these cheesy yet endearing characters provide a great backdrop to a possibility of some great self-referential humor ala Sonic Boom. 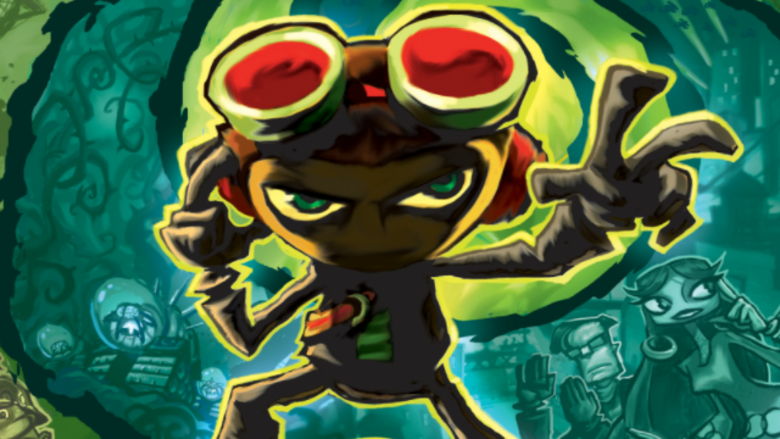 With a bigger focus on character and plot being a mainstay in Tim Schafer’s portfolio, this game proved to be the entry point into the mind (pun intended) of this accomplished creator. Psychonauts was a short-lived entry into a franchise that never came, with much of the initial groundwork in the world, characters, and general plot being such an original and outlandish experience for those in the mid-2000s. The ragtag group of summer camp kids with mind-bending powers in a world of villains and heroes would be great for veterans and newcomers of the series, and serve as what seems like the only way forward for this standalone game to continue. This would be a great era to see a show like this, as the thirst for superhero series like The Defenders and Legion is peaking with audiences right now. This and the fact that endearing, flawed characters have a much-coveted presence in children’s cartoons right now with such shows as Steven Universe and Adventure Time staying at the forefront of animated children’s programs right now. 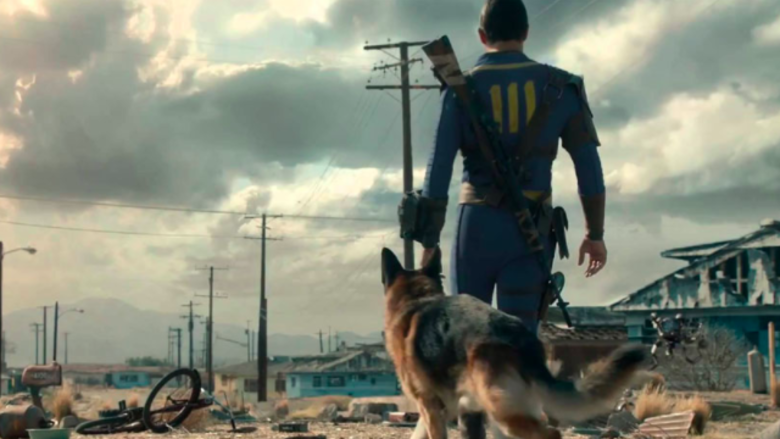 What really separates Fallout from the rest of the post-nuclear genre is a staunch adherence to the quirkiness and originality of the world they decided to create from the ashes of our American retro sensibilities. The idea of all those “Science-of-the-future” comic books coming true in this world is what makes it such a joy to walk through, and the popularity of this series 20 years later seems to prove that. This, matched with the way the series harkens to western cinema, with a lone-ranger going in to protect the townsfolk from a, in this case, mutant threat. The world of Fallout has no shortage of problems, and a series focusing on well-written characters dealing with these problems is an effort worth seeing. 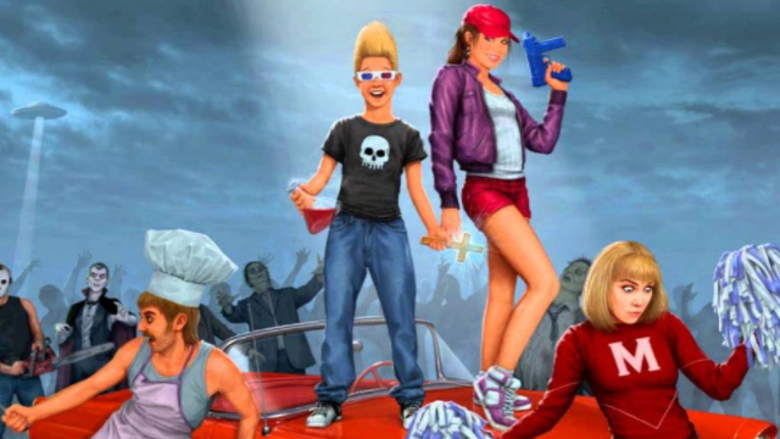 Nostalgia definitely plays a big role when making these adaptations, and something like Zombies Ate My Neighbors hinges on the mid 90’s charm that dominates the aesthetic, but in the current adult-oriented animated comedy landscape with shows like Rick and Morty we see ourselves in it isn’t a stretch to say that a show with the unfiltered wackiness and irreverent character designs would be accepted by audiences of today’s generation. The game doesn’t stick to just zombies, mind you, because as the levels stretch on the two protagonists deal with a plethora of strange malevolent foes from aliens to giant mutant babies. Following the exploits of these two as they save their neighbors from these otherworldly threats, the potential for a charming world and characters each episode is fairly high. 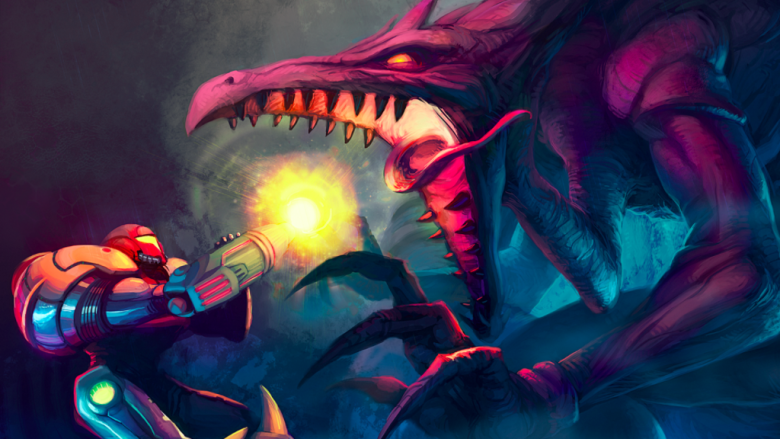 Here’s the obvious pick, but not just because Castlevania is constantly compared to this series as the apples to Metroid’s oranges. While it’s true that they’re both sweet, there is definitely a lot going for Metroid for it to be deserving of its own series. If anything made the Castlevania series so unique, it was the strict adherence to the original art style that made it so striking against the scrolling list of other Netflix originals. The only problem I could see is a distinct lack of supporting characters in a world so secluded and hostile. With the series being so fertile for well-choreographed action, there is certainly a bigger focus on good animation, but as was the case with Castlevania, it is certainly worth it. With interesting alien worlds, creatures, and the fate of the galaxy in the balance, the tension of this series surely is enticing.

Odds are it will take a couple more trendsetting shows to get this type of ball rolling in the eyes of Netflix and other big-name platforms. Since the ever constant need to pull existing IPs into the limelight is a big component to their success, I think it wouldn’t be too much of a stretch to see these beloved franchises get a chance in this golden age of television.