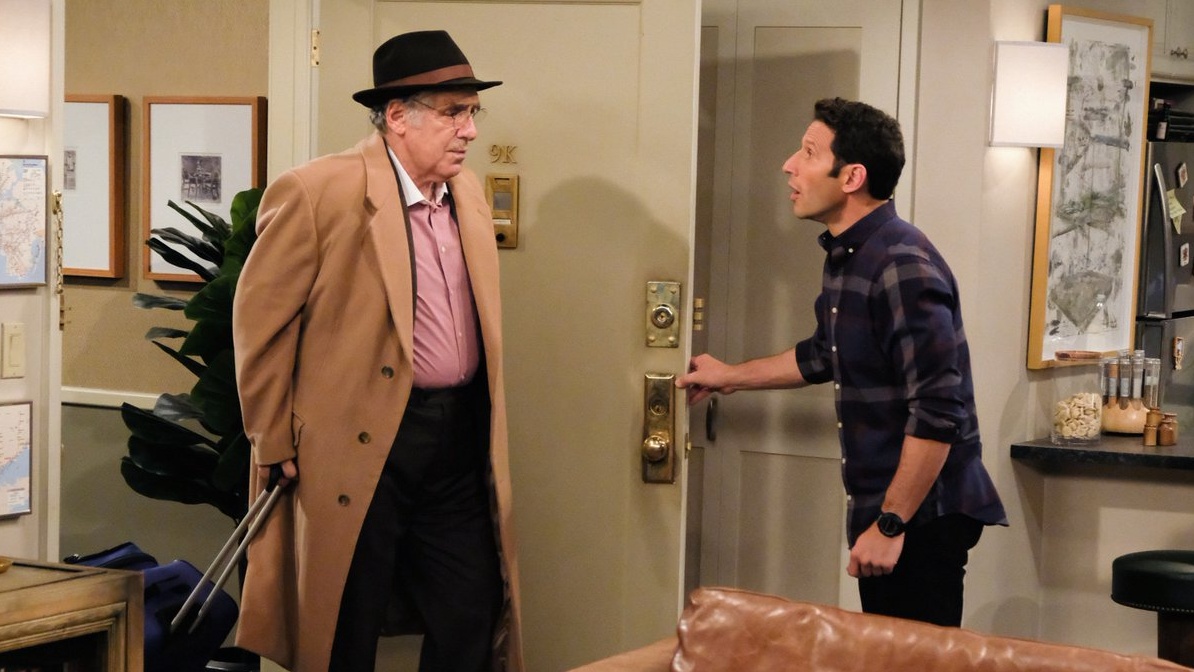 The entire premise of 9JKL is that Josh lives in an apartment between his overbearing parents and cocky brother. Too often this turns into a storyline about somebody walking in on him at the wrong time (mostly his mother, Judy) or Josh’s family generally interfering in his day to day life. It’s a set up we’ve seen a thousand times (and executed in a way funnier fashion, I might add) on Everybody Loves Raymond. This week 9JKL had an only slightly better than average story, but it’s still largely a swing and a miss.

First of all, I was shocked to hear that Josh’s father Harry (Elliot Gould) was officially cutting down his time at the office now that he’s gotten older. This is because the show plays the character of Harry as though he were a mentally challenged five year-old. How does this man conceivably operate in an office setting? It boggles the mind. But anyway, Harry now has Fridays free. You know who else is free most Fridays? His out of work actor son Josh! Now he is on the hook for daddy-sitting every Friday for the foreseeable future. 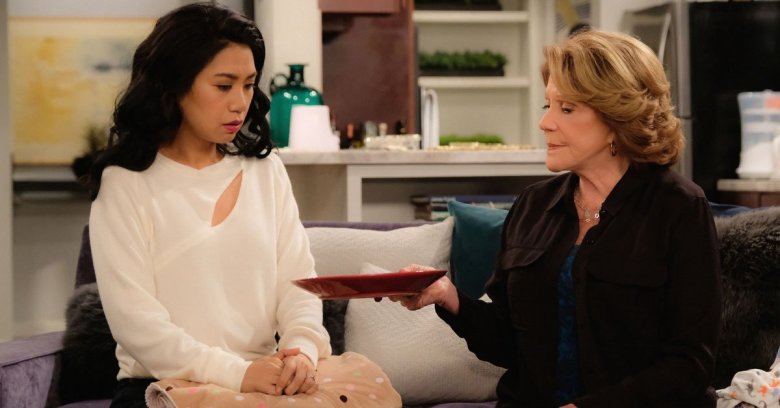 And Andrew happens to run into Judy’s internist. She says she has an appointment with him soon, and Andrew tells her he knows that he retired five years ago. She’s been caught in a lie. Judy is the type to think that if you never go to the doctor, then everything will be fine. Seeing as Andrew himself is a doctor (which he must remind her often throughout the episode), he convinces her that she needs to see someone and insists he take her himself to make sure she doesn’t lie again.

Well that doesn’t go well. Judy can be a handful, and the doctor she had an appointment with gives up, walking out. He says she hissed at him, which got a chuckle out of me. The problem was she wouldn’t let the good doctor take her blood, so Andrew steps up to the plate and does it, without Judy even noticing. What a guy. However, the tests come back showing Judy’s potassium is a little high, which could mean a number of things. However, she gets it in her head that she is dying, and goes about making peace with her untimely end. Linda Lavin plays Judy very well in these instances. I wish the writers gave her, you know, something actually funny to say or do.

Meanwhile, Josh’s first Friday with his dad went off without a hitch. They went to Coney Island and rode the coaster a bunch of times in a row, and Harry one a giant plush bear he wants to give to his grandson Wyatt but ends up not being able to part with. However much fun Harry had, Josh claims to have had the worst day. He needs to give his father a hobby so that he’s not on the hook to hang out with him every Friday for the rest of his life. Josh suggests he take up something he always had an interest in but never had the time for, like he did with acting in high school. That’s it! Harry is on an acting kick. He heads to acting classes that Friday and learns of method acting. Now he is basically living as Frank Tumbleweed, a down on his luck widower detective. And since he’s a widower, he has to move in with Josh! Gould is actually funny in his persistence of remaining in character, which brought the most half-laughs out of me than this show has in many episodes. 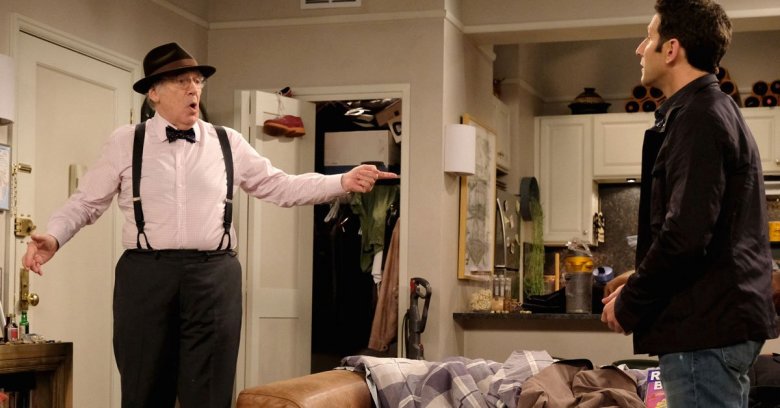 With both parents giving their individual sons grief, it would have been nice to see some inter-connectivity of the plots. But that’s just one thing this show misses the mark on. There is rarely any true satisfying or funny confusion. There should be a build to something, but it starts and ends with mediocre set-up and gag time and again. If it connected the dots a bit between the themes of the stories and have some surprising turn or insight, this comedy wouldn’t feel so worn. But alas, Judy learns she’s not actually dying and Harry moves out of Josh’s place predictably and without much true strife (or laughs) from the characters. Maybe next week.