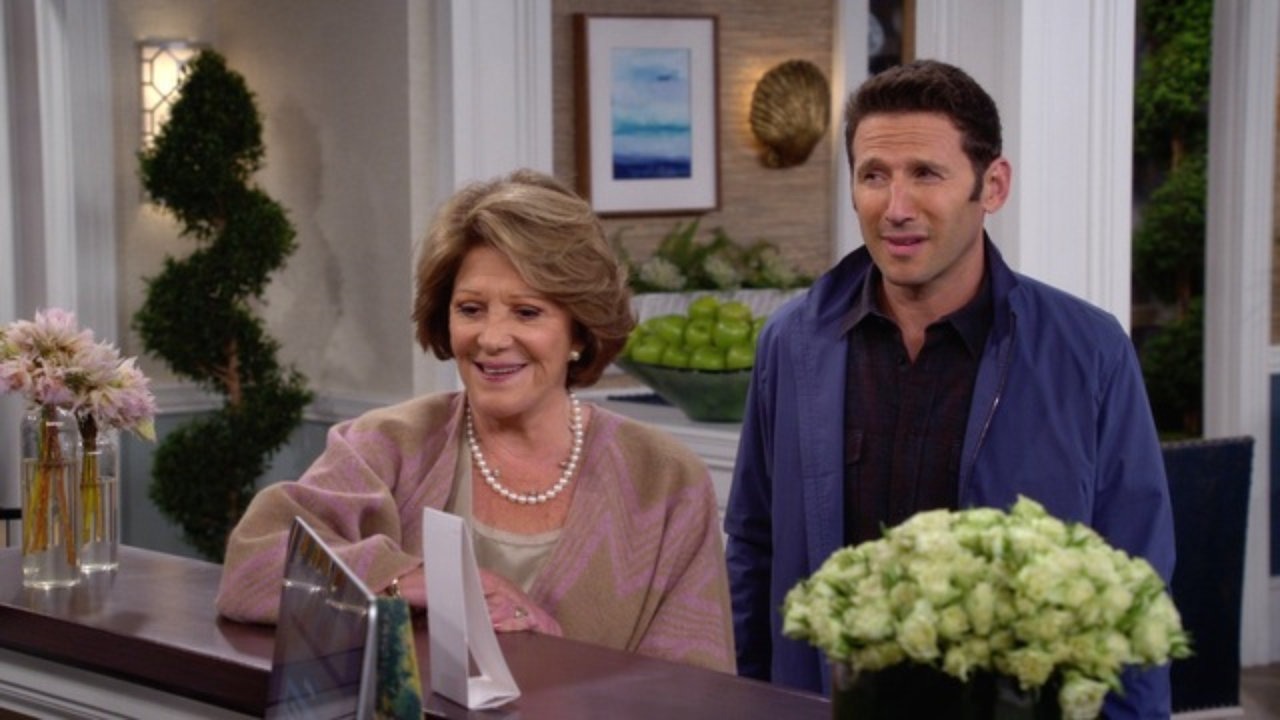 Oh no! Another episode where Josh’s mother Judy is completely overbearing and the boundaries of their mother/son relationship are tested! This one really laid into the weird joke that Josh and his mother are so close they are like lovers. It might have been funny once or twice, but this half hour is jam packed with the same suggestion over and over again, really beating it over the viewers heads.

Judy and Harry have a nice romantic anniversary vacation planned. They are supposed to be headed to a resort in Connecticut but life has other plans for them. Harry comes down with something. Judy at first insists that he come anyway and just be sick at the resort as it is non-refundable. Andrew has a different idea. He suggests that Josh accompany his mother, since he has no job and no significant other to leave. Josh does not seem into it (understandably) but is soon talked into it by his father, who asks him to do it for him. 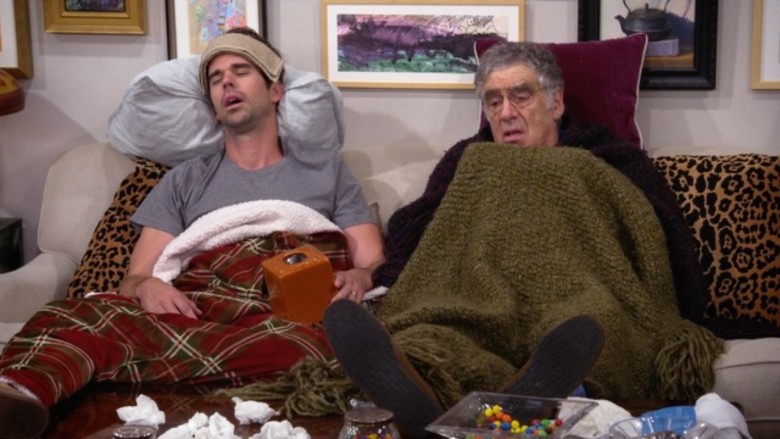 The next thing we know Josh and Judy are checking into the resort and the concierge already assumes that the two are lovers, no matter how much Josh explicitly states that they are actually mother and son. Their room has a collection of rose petals in the shape of a heart on the bed. It turns out that Harry secretly paid for the “lovers package” which includes some perks the two just can not pass up, especially the $100 a day allowance.

In the lobby, Josh meets a woman named Natalie who is attending the resort for a bachelorette party with about thirteen other women. Natalie is immediately interested in Josh and for some reason wants to spend time with him, even though that’s kind of weird because shouldn’t she be supporting her friend and her bachelorette? Making memories with them? Anyway, Josh now has the predicament of wanting to go spend time with Natalie but also not being able to own up to this and disappoint his mother, who wants to spend every waking second with her son even though they PRACTICALLY LIVE TOGETHER.

While Judy is in a meditation spa, Josh sneaks away to meet up with Natalie for a while. Later that night, he fakes sick so his mother will go out and he can go meet Natalie again. While Judy is at karaoke, she tries to order a drink and finds that their $100 allowance was already used up. The concierge tells her that the most recent item purchased using it was two beers at the hotel bar. Judy goes there and confronts Josh in front of Natalie. They head back to the room and very quickly, easily, and neatly patch things up. And their weird relationship continues. If you want to see how a weird mother/son relationship is done right, look no further than Lucille and Buster Bluthe on Arrested Development. 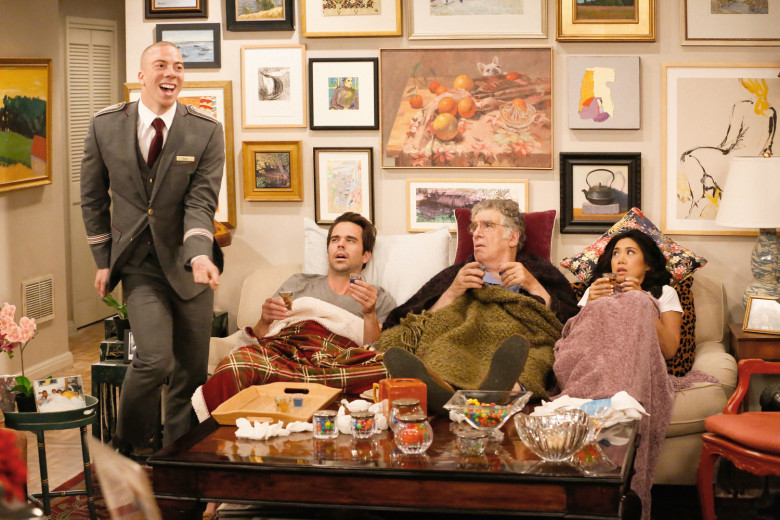 In a side plot, we periodically check in with Harry and his sickness. Andrew, a doctor, is taking care of him, but Harry sneezes in his mouth and Andrew is soon sick himself. They are both dying on the couch directly next to each other when Eve comes in after a long shift at work. You know where this is going. Andrew coughs in her face and she is infected. Pretty soon doorman Nick is taking care of the three of them for some reason (who knows where Andrew and Eve’s baby is) and giving them whiskey and decongestant shots. He does a little funny dance, and that’s basically the end of that. Dynamite storytelling.

This show needs to try harder. 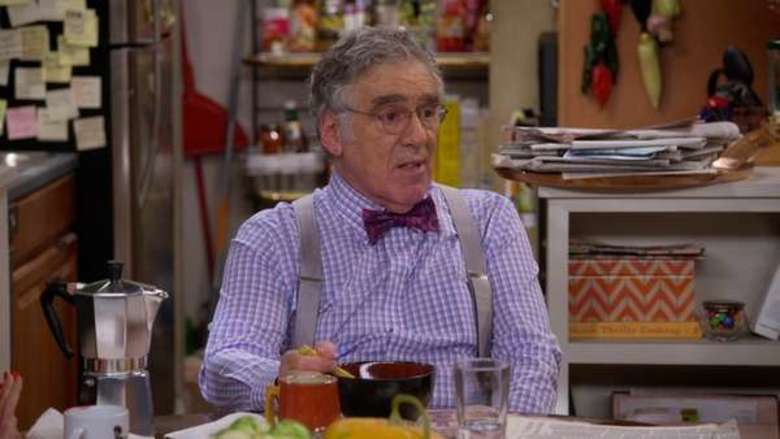 This episode was so thin, it was hard for me to even come up with the words to write this review. It has to be close to the worst of the series thus far.