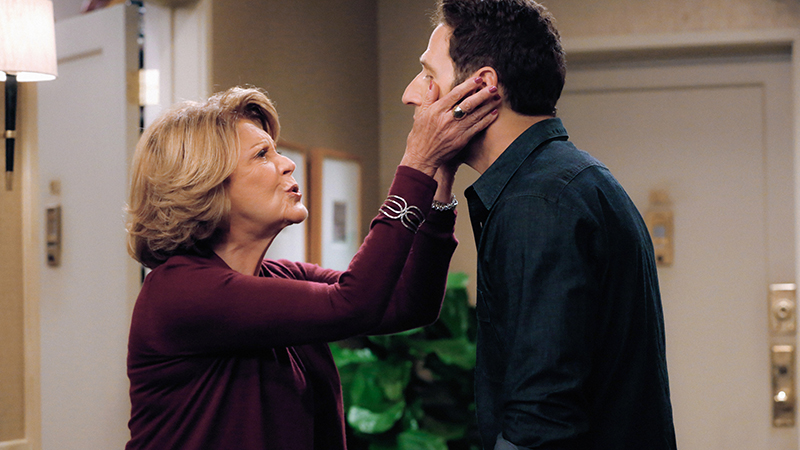 We are only on the second episode of CBS’s new comedy series 9JKL and plot seems to be growing thin. The main story line of the episode is a strong enough one: Josh realizes that he has never had a one night stand, and sets out to prove to himself and his family that he can be the guy who sleeps with a woman cut ties. This of course ends up being more difficult than he imagined. But the B storyline left so much to be desired. It involved Josh’s dad Harry (played by Elliot Gould) bringing home a bunch of bananas, and his mom being mad that he had forgotten they already had bananas. Now they have too many bananas!!! OH NO!!!

THIS is the go-to B plot when you’re exactly two episodes in? 9JKL writers: do better. 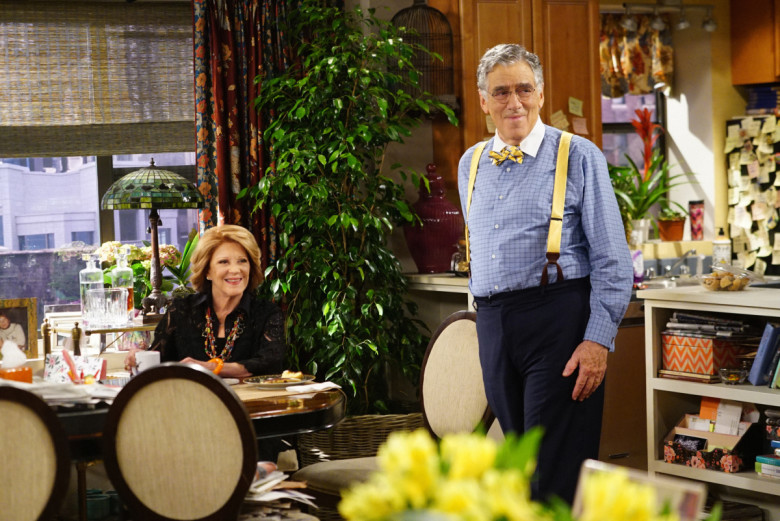 At any rate, in his quest to get laid and never speak to a woman again, Josh first enlists the help of his brother Andrew, perpetually walking around in hospital scrubs though he seems as dumb as an ox, and Andrew’s wife Eve. They take him out to a bar to be his wingmen/wingwoman. As you’ll recall, Josh was previously on a TV show called Blind Cop and almost as soon as he sets foot in the bar, he is recognized by a woman. They hit it off, and before he knows it he is FaceTiming with the woman’s mother. Andrew doesn’t like where this is going; he walks up to them, takes her phone from her hand, and ends the FaceTiming. He then hands it back to her saying she lost connection.

We cut away to see what’s going on with the parents. Harry goes for a piece of fruit in the fruit bowl and Judy watches in anticipation. Aaaaaaand he picks an apple!!! BUT THERE ARE SO MANY BANANAS, YOU GUYS!!!

Back at the bar, Josh has finally met somebody he actually likes, and soon enough he’s taking her back to his place, this time without his mother bursting through the door to meet whoever he was taking home. They sleep together, and the next morning Josh is waiting over her with a bagged breakfast burrito, per his brother and sister-in-law’s advice, to give her the hint she had to go. She asks if he wants to have sex one more time and he’s not sure he can as that may mean it wasn’t a one night stand, which is the whole point of this thing.

Later he returns home to find that the girl has spent practically the entire day with his mother Judy, chatting and getting to know one another. It seems that she and Josh have a lot in common (their favorite movie is Annie Hall). He clearly wants to call her and continue seeing her, he felt genuinely connected to her, and like everything was so easy, but then he wouldn’t have the one night stand he wanted! Well, in the end he’s okay with that. He tells his family that maybe he is just a relationship guy, and that he better accept it. He calls up his girl and has her over. 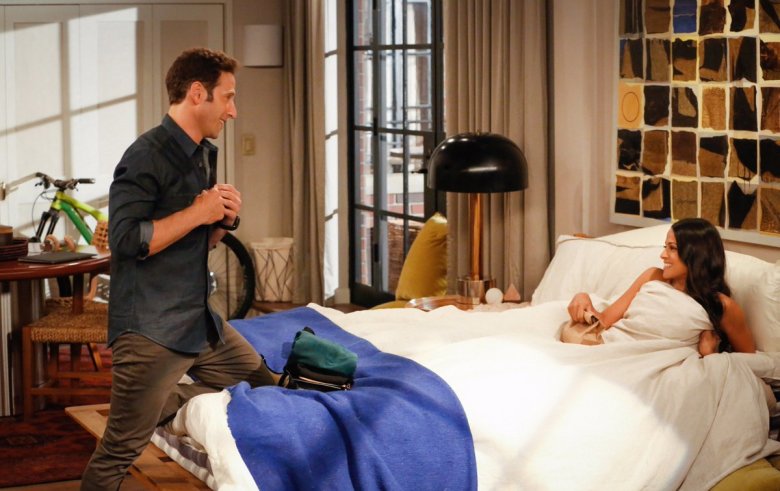 But things take another turn. She is very relieved to hear that he is a relationship guy, because her friends call her a “lifetime commitment girl.” She quickly admits to feeling like she is in love with him. Sooooo I guess they WON’T be seeing more of each other.

Harry ends up eating most of the bananas, with Judy’s reluctant assistance (he just doesn’t know how monkey’s DO it). Thank God that crisis was solved!!!

The laugh track laughing at the most unfunny things I’ve seen on television in recent memory is infuriating.