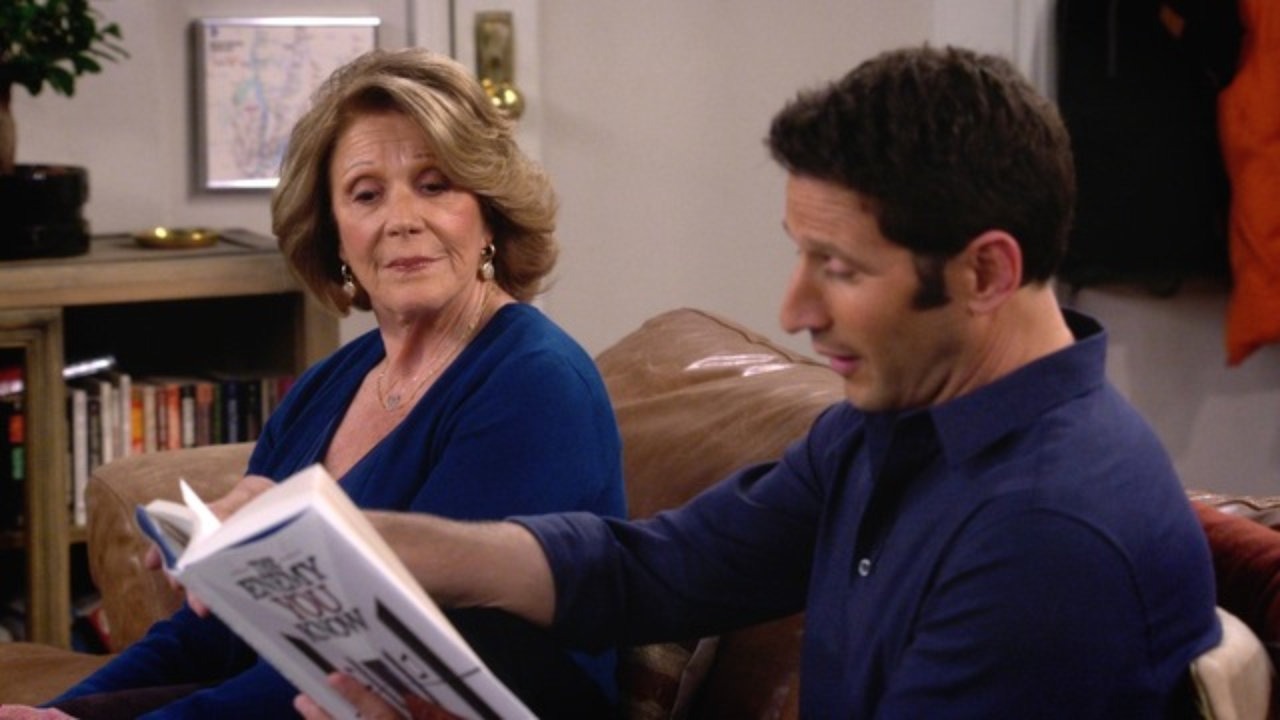 In Monday’s new episode of 9JKL, entitled “Tell All,” Josh and his family get a shock when they discover his ex-wife Kim is in New York City. And not only that, but she is doing a book tour for her recently published novel about a woman whose marriage is ruined by her husband’s overbearing family. Sound familiar?

The episode serves as the first season finale, and if anything is good and right about the American TV watching audience it should be a series finale as well. But that may be unlikely. CBS knows what its viewers want. And they apparently did not want the much funnier, more original, and more clever Me, Myself, & I. They wanted 9JKL. And they got it. In all its shrugworthy glory. 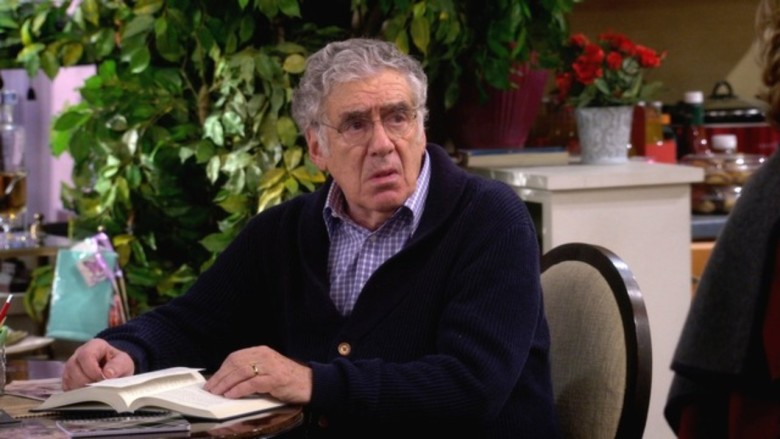 “Tell All” starts with Josh returning home to find his family sitting in his apartment waiting for him, intervention style. This, as Josh notes, is not an uncommon occurance. But they shock him with some news; Harry was on Facebook and saw that Kim, Josh’s ex-wife is in town. She kicked off the entire series by leaving him before the first episode, prompting him to return to New York City and live in apartment 9K. Not only that but she has written a book about them, with some very embarrassing and opinionated thoughts on them (she mentions Eve is pretty, so she is okay with it). Josh promises them he won’t see her and get sucked in again.

But of course he does see her when he wants to confront her about the book. But there is a twist to be revealed here. Not long after they split and Josh did move across the country, Kim wrote him a letter apologizing for being a bad wife and saying she thinks they should give it another shot. She also included a few racy photos. Needless to say, these did not make it to Josh. The contemptably Judy has been stashing them (and some other items of other characters) all this time in order to manipulate their lives, as the control freak she is.

This doesn’t sit well with Josh, clearly. And while Andrew deals with a plot involving him not wanting Harry to read the part in the book that reveals he purposefully did not have his dad give a speech at his wedding, Josh confronts his mother and starts seeing Kim again. He even invites her to opening night of his broadway show. Judy uncharacteristically takes blame and apologizes to Josh and even more surprisingly to Kim. She promises to stay out of his love life completely (we’ve heard this before in several episodes this season) and even invites Kim out to dinner with the family afterwards, which pleases Josh. 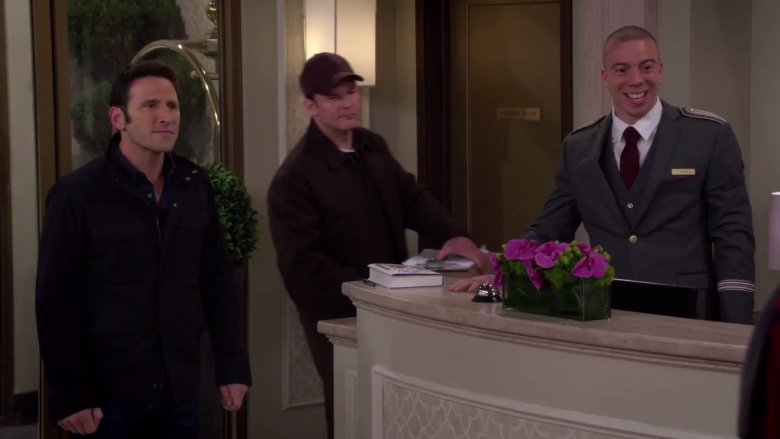 But when Harry gives the speech he was planning on giving at Andrew’s wedding and Kim couldn’t be bothered to look up from her phone, Josh realizes she is not what he wants. And that he did the right thing by moving to be with his family (still questionable in my opinion). And soon enough Kim is on her way out from Josh’s life, this time on his terms. It was a good call.

Later, we see a new woman is moving in down the hall (perhaps a new second season principal cast member?). Her face isn’t revealed but Judy goes back on her word by already stepping in to set her and Josh up.

Again, the main issue is that the joke’s don’t work or feel repetitive. And even when they do amuse me, it is only in the slightest sense. This series from its start has felt wholly unoriginal or inspired, and comfortably in its meh-ness. It has ended on the same note.