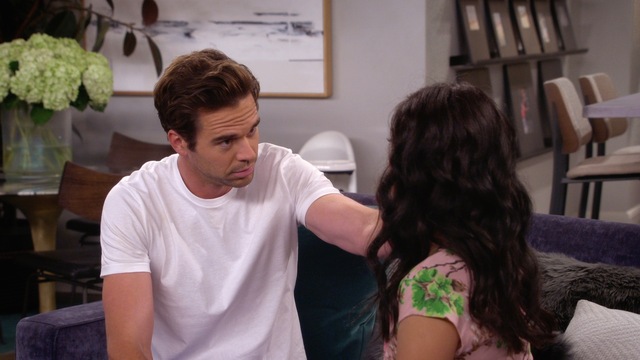 We get it. Josh’s mother Judy is overbearing, to put it mildly. The entire premise of 9JKL is that Josh moves back to New York City in an apartment between his parents’ and his brother’s family’s. So why does the plot every single week revolve around Josh and a select few other characters facing off against their mother? Linda Lavin as Judy is quite good–she’s really doing the best with what she is given, and I’m not saying to have less of her. But how about Josh and his dad Harry butt heads? Or have Harry and Eve take the lead in a B-plot together. Let’s switch things up a beat, team.

At any rate, Josh is STILL having trouble with teaching his mother boundaries. The episode opens with a series of cuts of Josh discovering his mother in his apartment at inopportune moments. In one instance she has decided to do yoga in his apartment as it is more spacious. In another he is watching a scary movie and she sneaks up behind him, startling him. In a last, and probably the most infuriating, Josh comes home with an attractive woman one night to find his mother passed out on his couch. “I must have dozed off,” she tells him, and then starts talking to his date. 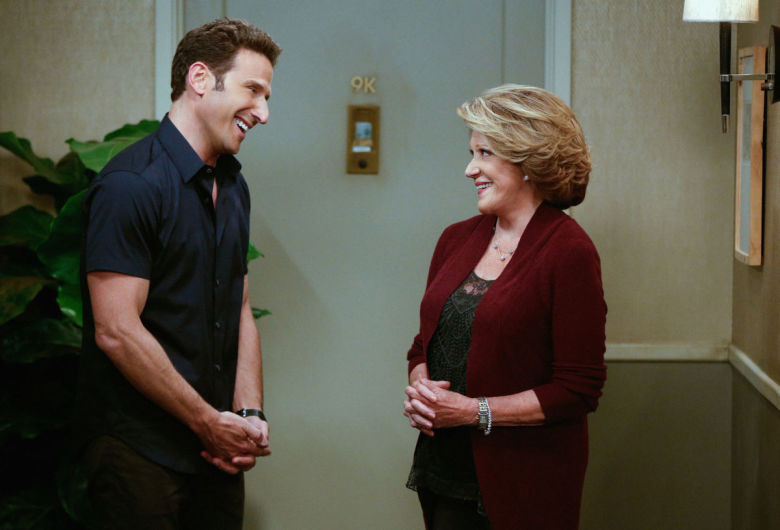 This is the last straw. Josh intentionally has the locks on his apartment changed so that when Judy comes knocking, she can’t just let herself in. He makes it clear to his mother that she needs to respect his space, and she of course takes this as a personal affront to her as a mother and person. We know that she is not going to take this sitting down.

When Josh returns to his apartment one day he stops for a quick chat with doorman Nick and annoying child Ian (seriously, WHY does he live in this lobby with a man fifteen years older than him?!). Nick tells him that he is going to need a copy of Josh’s new key for safety reasons. Josh agrees but as he gets in the elevator, Ian lets out a telling “Cha-ching!” Josh soon puts two and two together: his mother offered to pay Nick for a copy of his new key. So Josh refuses to give it to him, but Nick convinces him that it is still a matter of safety (what if he chokes and nobody can get into his apartment to save him?) and to find somebody who he trusts to give his key to.

This is proving difficult as Josh apparently only knows his brother, sister-in-law, and dad. They all refuse knowing that getting in between Josh and Judy will only be a headache for everyone. However, Josh does convince Harry that he is the man for the job after an inspiring speech about how Harry has heart. Josh’s dad decides to take the key and hide it where nobody will look.

In the side plot, Eve discovers that Judy has cut out Josh’s ex-wife from every family photo from over the years, effectively erasing her from their past. It occurs to Eve that Judy was able to do this because she, probably intentionally, made Josh’s ex stand on the periphery of every photo, making it easy to crop or cut her out. She plans to take center stage in the family photo this time so Judy can not do that to her (why is she worried, does she think she will divorce Andrew? Why? That seems like the bigger issue here). 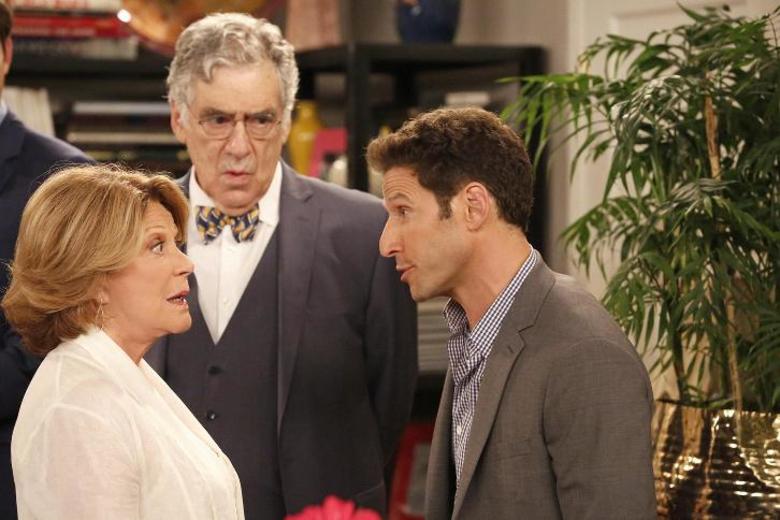 At any rate, when the family gathers for the photo, Harry lets Josh know he hid the key where nobody will ever find it: in the plant! That’s when the photographer asks them all to stand by the plant for the picture. Uh-oh! Harry of course gives it away that he has the key, and Judy finds out that Josh asked everybody else in the family besides her to hold onto it. And now the wrath of Judy. She tells him since she is not welcome in his home, Josh is no longer welcome in hers. She banishes him.

This proves especially difficult when Josh locks himself out on his back balcony and he has no way of getting back in. He has to cut a deal with his mom which includes him joining her and his father on an Alaskan cruise (oh no!). Eventually she lets him in through her apartment so he can get back to his. She admits that she acts this way because while he lived in Los Angeles all those years, she felt like she needed to make up for lost time. Josh suddenly gets it (even though I feel like this is something that has already been said on a couple occasions thus far throughout the series). And he’s no longer angry with her.

Oh, and Eve made it to the center of the picture, but Judy made it foldable and her face is in the crease. Wah-wah.

Not the worst episode of the series, and in fact it seems to have found some sort of rhythm. It’s just not at all funny, and the Judy stuff needs to be spread a little thinner.