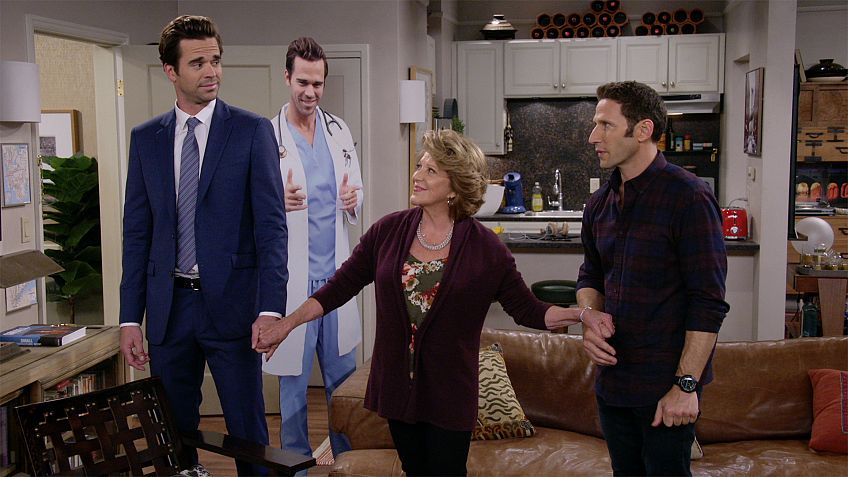 This week on 9JKL, on an episode entitled “TV MD,” brothers Josh and Andrew go at it competing for the approval of their parents, (surprise, surprise, specifically their mother Judy). It’s a case of sibling rivalry like you have seen on many, many other family sitcoms before, and this story barely stands out among the pack.

We start on Josh just ducking into his apartment with a pizza. He plops down on his couch  and clicks on the TV and as soon as he’s about to take his first bite, his parents Judy and Harry barge in to uproarious laughter from the laugh track. This joke has worn its welcome. Josh being bothered by his parents at inopportune time is getting really old, really fast, and the thing is it is built into the DNA of the show. The whole conceit kind of mandates that this joke be made over and over again. How many times will we have to endure it until we start asking why the hell this grown man, who was a successful actor on a network television show for a long time, choosing to live right next door to his elderly parents? I’ve already started asking. I started asking episodes ago. 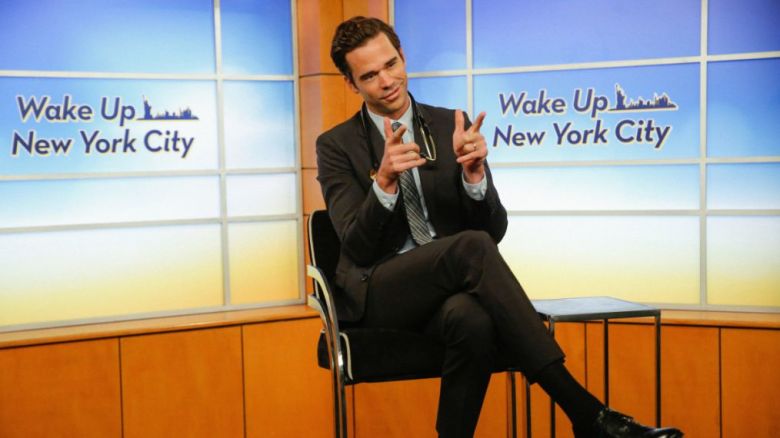 Anyway, Harry smelled Josh’s pizza and so both parents help themselves to some, taking a seat on the couch with their son. Josh is quite unhappy. He was about to watch Big Brother (last week, two characters had an entire subplot about watching Survivor–apparently our characters live in a world where only CBS shows exist). Josh has had enough of his alone time being interrupted.

That’s when Andrew comes in with some good news. He is going to be on the local New York morning show to discuss a ground-breaking procedure he just performed. Josh sees an opportunity. First, he coached Andrew on how not to look like an idiot on TV (it involves using less weird hand gestures than Andrew originally had been practicing with) and then he lets him go. It’s a success! Andrew is a hit and everyone is thrilled and proud of him. Especially Judy and Harry. And suddenly they start spending all their time in Andrew and Eve’s apartment, waking up their baby and just generally never leaving. Josh’s plan worked! He’s a free man!

This is all great until Andrew ends up getting offered a gig appearing twice a week on the show as a medical consultant, a la Dr. Oz. “That’s more than when your show was on,” Harry points out to Josh. Now Josh is jealous that Andrew is stepping on his territory. He is supposed to be the TV star. He figures the best way to get back is to go nail this audition for this animated film billed as Cars but with shoes. He’ll be doing the voice of an Italian loafer.

Before he hears back on whether he got the part, Eve jumps the gun and tells Judy and Harry that Josh did get the part, so that they will return to his apartment fawn over him. Only the thing is he finally gets the word that James Franco took the part. He’s forced to admit this to his parents at a dinner that was supposed to be in celebration of him getting the part. It ends up with he and Andrew fighting and having it out. 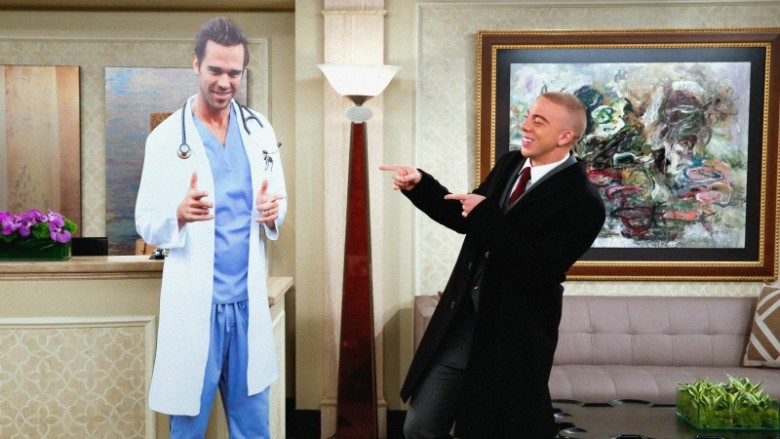 They finally talk to each other and apologize when they meet one night on their adjacent balconies. Josh and Andrew conclude that the reason they are so competitive with one another is because their crazy mother set them against one another at an early age. When they confront her about it, she points out that this was intentional and led her to have a brilliant doctor and a gifted actor as her sons. In the end they thank her.

Oh, and James Franco didn’t want the part after all, so they give it to Josh! Will this be a carry over story?

Overall, I found the story flowed a lot better than usual, and didn’t seem as stale after the initial intrusion of Josh’s parents. More stuff between Andrew and Josh could strengthen the show in future episodes.