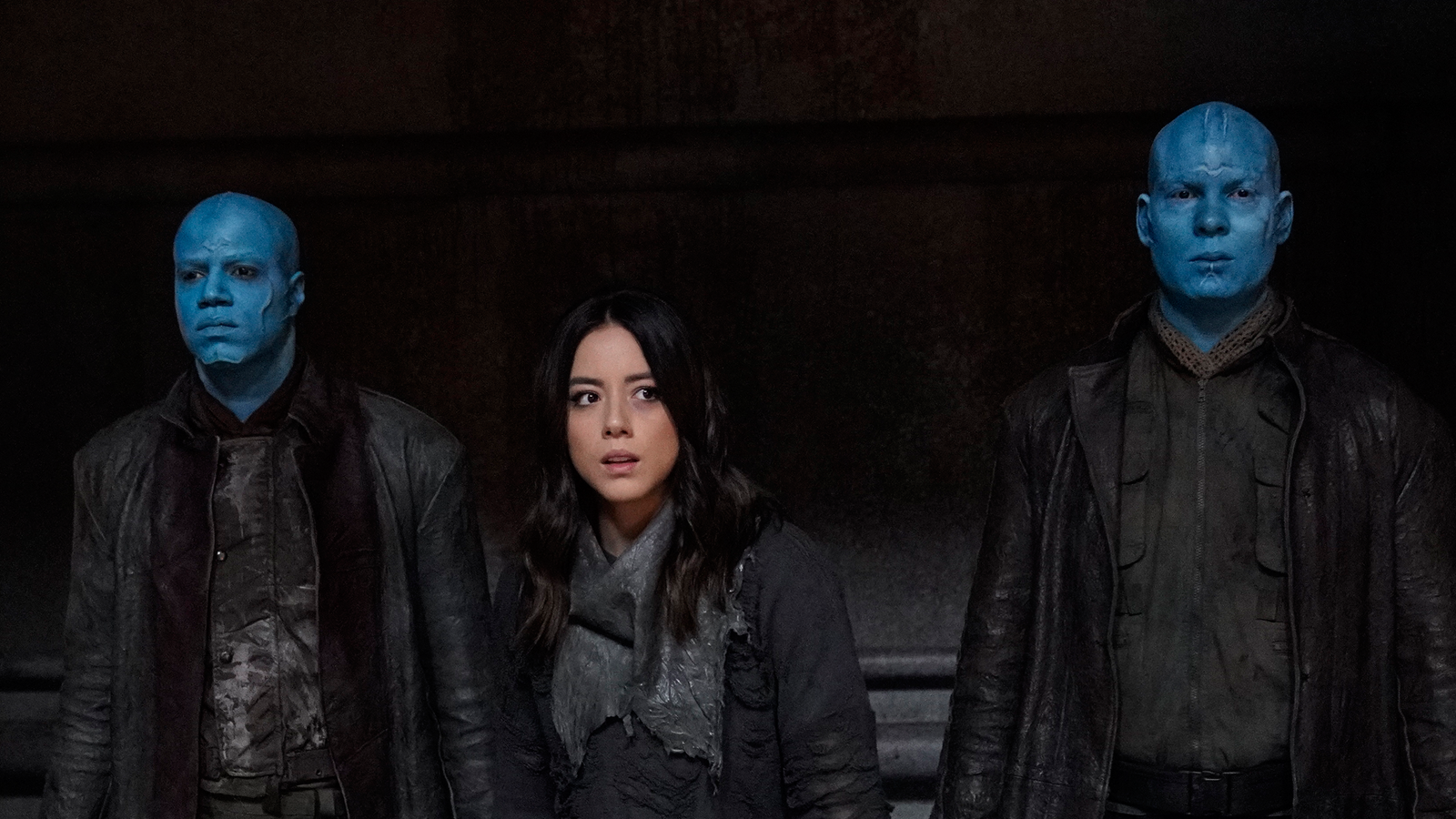 Agents of SHIELD trips half-heartedly towards some semblance of narrative in “A Life Earned,” but it’s still a miserable shadow of its former self. While a few of the good old storytelling techniques are used in this episode, it’s not enough to make up for the relentless flood of depression that this season has inexplicably decided to represent in concrete terms. On top of that, most of the basic narrative elements are still extremely basic, default choices, without any kind of introspection.

Structurally, this episode is slightly better than the others in that it incorporates a few of the traditional Agents of SHIELD elements that make the series so fun. May and Coulson have a bit of a spy mission that they have to complete, and at the end of it May has a big boss battle with the Kree lady who kills people. There’s an assumption in there that May got killed but since they didn’t show it, clearly something else happened (and, let’s be real: if May died in such a stupid way I’d be even more turned off by this show and May is probably my lowest priority character.) Aside from Coulson and May’s storyline, the rest of this episode is the same dire nonsense that’s made up the bulk of this season. Even with Coulson and May, the narrative choices are the sort of thing that would have been edgy in like 1950 but are so overdone at this point that “lazy” is too generous a description. This whole season feels like it was engineered precisely to make me stop caring about every single aspect of this series. 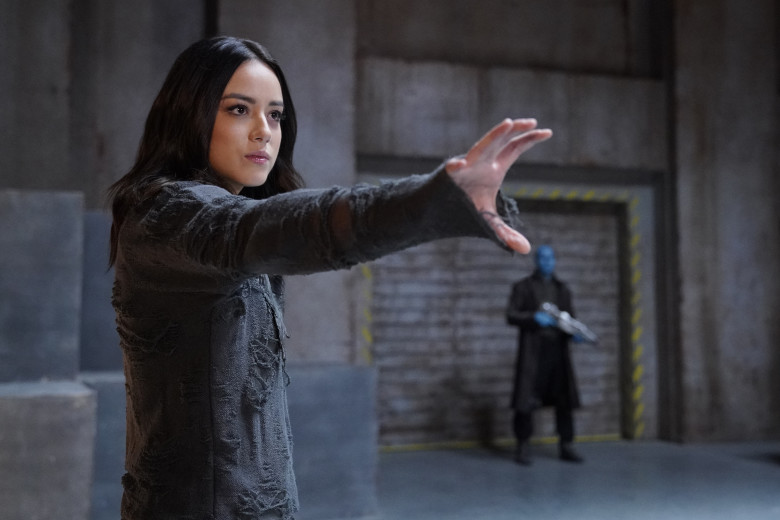 I will say that while I think her current plot is dumb and contrived, I really appreciate so much Daisy in this episode. Daisy’s constant fighting spirit is something that this dreary season sorely needs and I love that even as a slave Inhuman gladiator trapped in the future, she won’t give up. Her gung-ho, idealistic attitude even gets other Inhumans on her side and they end up helping both her and Simmons. Simmons is legitimately just a slave and it’s almost harder for me to watch that than it was to watch Fitz get bullied by his father into torturing and murdering indiscriminately. At least then you knew both a.) it wasn’t real and b.) someone was trying to rescue him. Simmons is just trapped, and constantly using how pretty she is, and the Kree man’s weird fixation on her as some strange weaponized bait is demeaning and gross. The last time SHIELD tried to play with “our villain is stupidly misogynistic, isn’t it edgy?” tropes was season three, and I’m sure we all know my feelings on that season by now.

The whole “no one can have babies so we make them in labs and give them to people who behave” thing is also gross. What. The. Hell. Talk about bottom-of-the-barrel plotlines. Again: that would be oh-so edgy in like 1950 but we’ve come a long way since then. There better be a whole lot more going on with that. Maybe the point of it was just to give Mack and Elena an opportunity for emotional dialogue. For me, their whole “maybe I’m a terrible father” scene fell kind of flat, but it’s probably because nothing about this season has made me care one iota about any of them. I really don’t care about Mack’s baby drama anymore and what’s the point of even discussing it if we’re all stuck in some crapsack future? Who would even want to perpetuate the human race if literally everyone is enslaved with no hope of escape? Whatever. Nothing about the actual current plot line is even vaguely tantalizing. I could get more progressive plot developments from a Heinlein novel and that’s saying something. 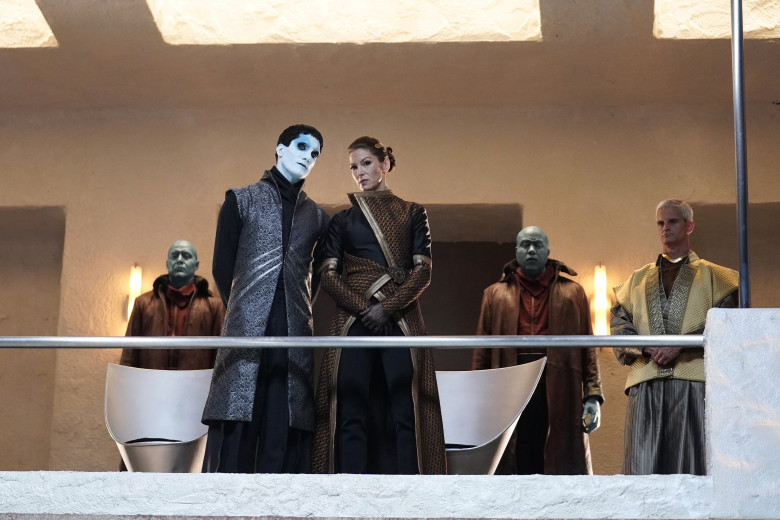 All that said, there is one bright spot! Fitz finally makes his appearance in the last two seconds of the fourth episode of this season. I mean, honestly all you can do is laugh about that one. The tag is pretty predictable, though perhaps it’s not fair of me to call “twists” in this series predictable if I spent weeks formulating them as “ways they can get themselves out of this extreme mess.” I figured Fitz would show up in a tag, but I figured it would be, I don’t know, the first episode one. At any rate, next week is 100% Fitz (and Hunter!) and, while I still don’t actually care about this season or what happens to any of them right now, personally my world feels okay again since the boy is back. Next week is also penned by Craig Titley who has the dubious honor of having written the episode that got me locked in a mental institution for a week. Every episode of his since then has been an apology to me for that, so honestly I’m looking forward to it which is something I haven’t said about any other episode this season! Protip: if you can help it at all, don’t get your emotional well-being wrapped up in a fictional story that has a tendency to turn sour for no apparent reason.

This story is still dumb, all of the narrative decisions are bafflingly bad, and the episodes aren’t even structured in a way that generates interest. Fitz, at least, brings a little bit of hope back into things as one would expect of him. If all your story is telling me is that everything is awful and there’s no way to escape then I’m just not here for that anymore. That’s what real life feels like. Hope is necessary. Even if all of this was just setup for things getting better it was excessive and poorly executed. Just, what are you doing Agents of SHIELD? And why?