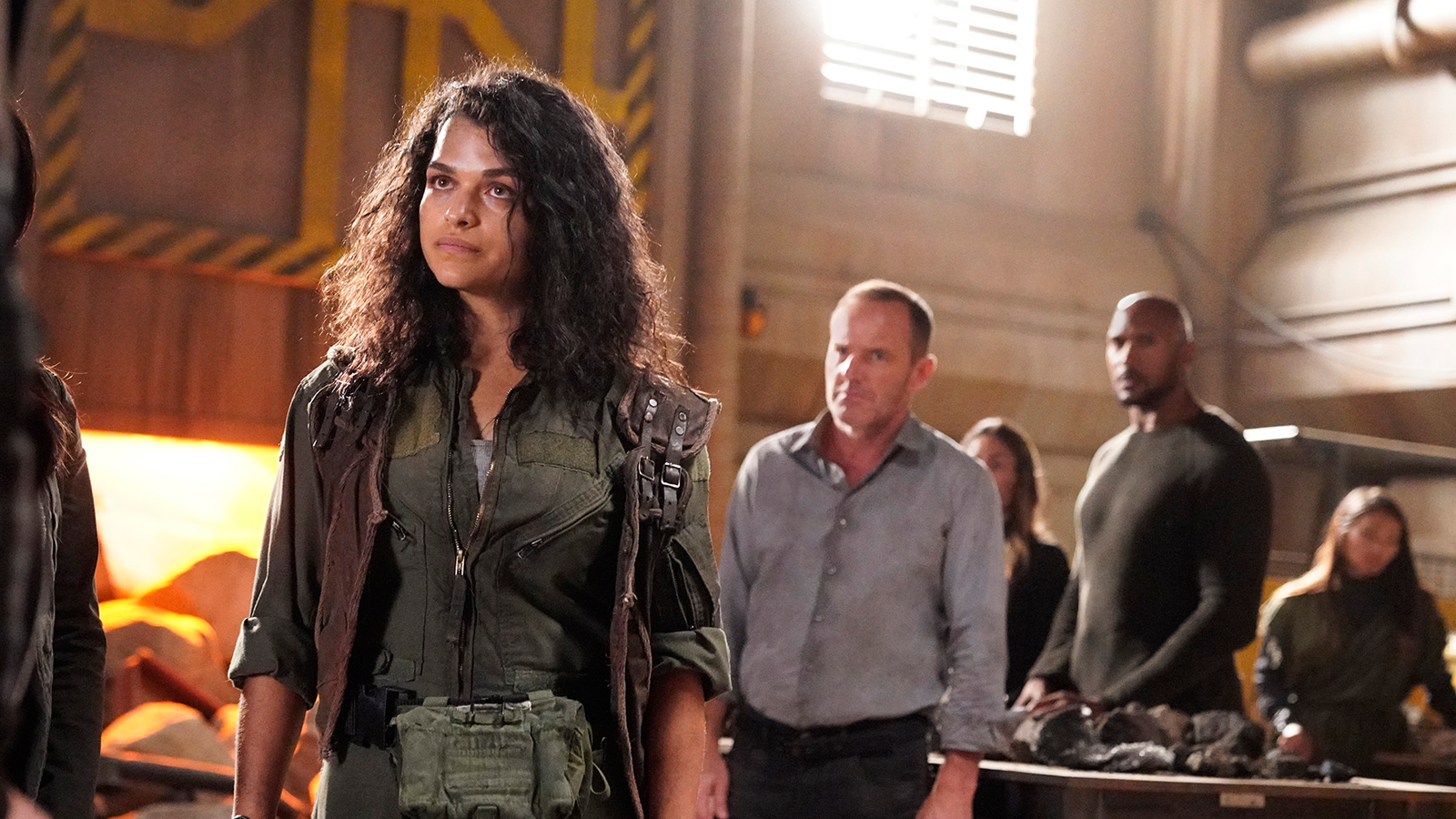 You know what? I hate this. I’ve hated Agents of SHIELD a few times before but my feelings were always tinged with sadness because I thought perhaps the writers never realized how great the show could be and were screwing it up by accident. This time they’re making the series deliberately bad. There’s no other explanation for it. Everything that made SHIELD interesting, pleasant, or fun to watch is completely gone from the story. It’s replaced by a world that has absolutely no hope, no chances, and is all death and destruction. Listen: we already know the world is a hard, evil, bad, angry place. I use this show to help me deal with that. Agents of SHIELD has always been the thing that helps me realize you can do good and you can make a difference if you love, and try, and fight. No one and nothing in my actual life has ever had that message so that’s part of what makes this story so important to me. Right now, Agents of SHIELD is just reiterating that everyone is trapped in a cycle of horror, solitude, and abuse that we can never escape. I genuinely want to stop watching this.

First of all, there’s absolutely nothing to invest in in this story. Even the characters I know and I love don’t have anything to do. Every single one of them except for May is now a slave and May is the only person who has even suggested they should try to find a way home. The bare bones goal of survival is a pretty awful basis for a story that already has an established style that I’m expecting. Seriously, the only possible thing that I want to happen is that somehow they all get back to the right time and place. Since that doesn’t seem to be forthcoming, and since they’re wasting an enormous amount of my time by having everyone dork around in this grimdark future discovering how awful it is, I’m uninterested. I’m so uninterested I kind of want to light this all on fire. I wish they’d just cancelled the show and ended on a high note. I would have been less sad if they’d cancelled it after last season than I am having to endure this now. SHIELD has the inverse of the Indiana Jones syndrome–all of the odd numbered seasons of this show are complete garbage. At least in the first and third seasons there were pieces that were salvageable. This doesn’t have anything.

Another major problem is that, even when the show was terrible do you know what made it salvageable for me? FItz and Simmons. Do you know who’s not here right now? Fitz. Simmons gets to be a sweetheart and she had an excellent science-y speech in this episode when she was trying to help the Inhuman girl control her powers, but rather than giving me heart palpitations of love, I just started crying because this show is so bad right now and that glimmer of Simmons reminded me of how great it can be. Coulson, Mack, and Elena are fine. Their complete reluctance to kill people is getting on my nerves. That’s never been an issue on SHIELD because people who are awful, abusive, evil folks get offed on the regular. Seriously. This universe isn’t one in which the moral quandary of every hero is whether you can ethically kill people who are actively trying to kill you or not. That’s part of the charm of the MCU. It’s part of why Matt Murdock annoys me so much. Meting out death to folks who are doing harm to others has never been a moral event horizon in this story. I’m so annoyed. 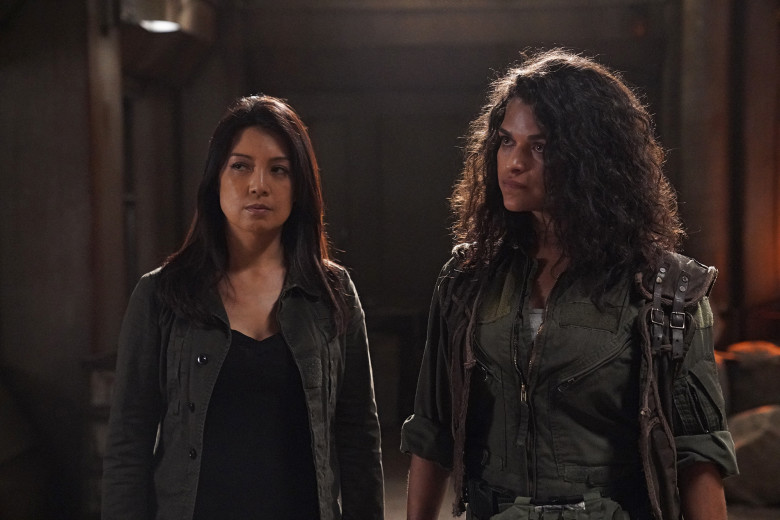 Daisy was also fine, but it’s clear that her entire gung-ho action sequence was just another bait and switch. She’s now enslaved as a fighter to the evil blue Kree man who has taken Simmons captive. I am beyond bored. I mean, at least when everyone was fighting to get out of the Framework they had a goal they were working towards, they had things they wanted to achieve, and definitive positive changes that they could make. Characters had to change. There was the possibility that we could rescue people. That’s what made it so great. There’s no character growth here; everyone is just trapped. When they think they’ve found a way out? Oh, psych! Trapped again. I’ve had enough of being trapped in my life, I don’t need my most favorite fantasy to trap me too. Seriously, Jemma Simmons helped me escape lifelong abuse and captivity. Locking all of them up with no chance of escape and no hope is a stupid decision that makes me sick to my stomach, but Simmons a hundred years and a dead earth away from her Fitz is beyond the pale. I’m done.

Nothing interesting is even happening. I’m not interested in the political machinations of this future world because all I want is for it to go away. I’m not interested in the people because I want them to disappear. I’m not interested in the story because there is no story. I’m only interested in them figuring out how the hell to get home and doing so as quickly as possible. Then we can get back to the real sci-fi spy show I know and love and not this dreary, obnoxious garbage. Unfortunately, there’s not even an inkling that getting home is on anyone’s agenda save May’s. I’m kind of offended for the sake of space opera, to be honest. This whole exercise is slapdash, tedious, and super basic. Not even the 616 reference can save this from the trash heap of my heart. 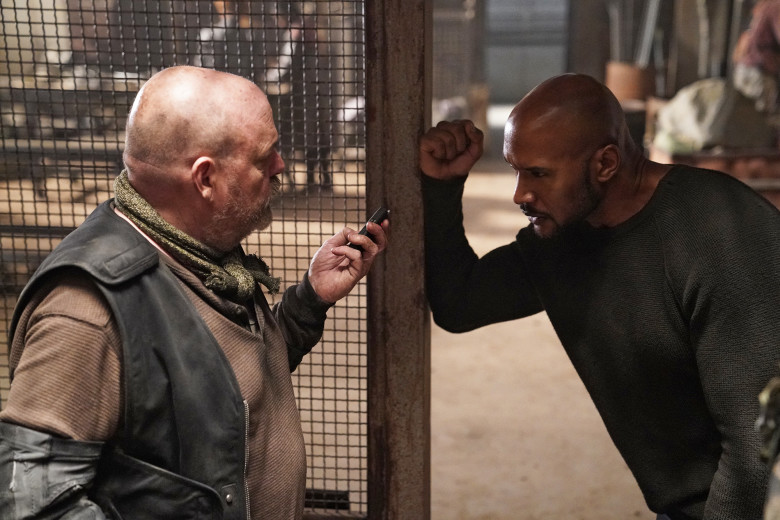 I’m mystified. I’m baffled. I’m agog at all of the terrible decisions that the creative team has made for this show. I thought after the wonderful post-Winter Soldier first season episodes and all of the excellent second season that maybe they’d gotten their formula and format figured out. The third season disabused me of that notion. At least in the third season it was clear they understood when they had screwed up. They tried hard to fix everything that was severely wrong. Then there was the beautiful perfection of the fourth season. I’m pretty sure nothing will ever be able to top that season for me. The amount of love I have for it is impossible to capture with words. After that I was dead sure they knew what they were doing. They nailed it all so well in every episode for an entire season! They had to know how this show worked to do that, right? But apparently not. Or maybe this is some nihilistic hissy fit or an experiment in deconstruction.

Whatever it is, I hate it. I hate it more than Jemma Simmons being trapped on a planet with a generic hot man and being reduced to a generic love interest. I hate it more than Grant Ward getting redemption teases for three seasons and then spouting off nonsense about how evil he is because no one wanted to bother with his character anymore. I hate it more than putting Bobbi and Hunter on a bus in a forced corporate spinoff that never happened. I even hate it more than the way this show constantly screws up anything related to nuance or emotional trauma. This is a bad story with horrible structure, no redeeming features, and nothing to even keep me interested or invested. If every single one of them died in this future I wouldn’t even be sad. It would feel like a relief right now.

I hate Agents of SHIELD. I can’t believe I just had to say that. Just cancel it. If this is the degradation you’re going to subject such a once-brilliant series too just cancel it right now.

May the world get blown to pieces before we have to watch another episode of this garbage. Funny how their world-shattering apocalypse is sounding pretty good to me right about now.