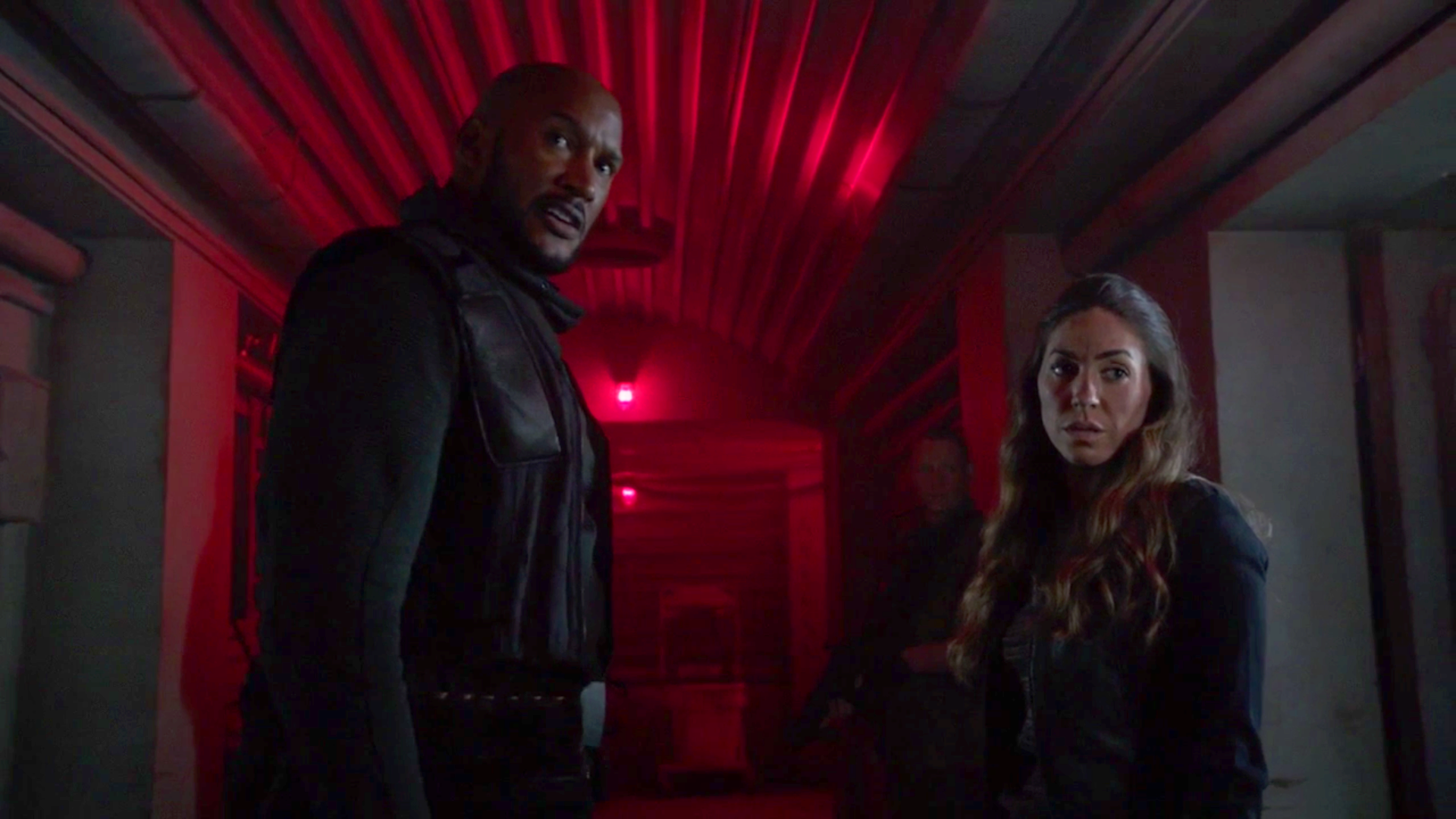 You guys, Agents of SHIELD is so fun right now and is doing everything it needs to to be its best self. I still can’t get over how variable this show is in quality when taken on the whole, but good lord they’ve got it going at the moment

I absolutely loved the whole SHIELD crew working together to get Zephyr One off the ground. Every single one of them had a part to play in getting it operational and the science and action parts of that plotline were well integrated. Fitz and Simmons figured out that the modifications they made to the Zephyr in the future-past could get them into space, May had to do her fancy flying to get them through the gravity storm, and Daisy had to go fight off the Kree chick and release the stuck anchors. I was a little sad to see Florence Faivre go out, though I guess they can resurrect her like anyone else? Usually, I recognize actors in other shows from the two seconds they were in an episode of SHIELD five years ago. This is the first time I recognized someone in SHIELD from another show I love–in this case The Expanse. (Also, oh my god, did Simmons suggest that Gravitonium might be what destroyed the world because give me that.) All four of our agents were crucial and all four were at their best in their own specialty. Even Deke’s small subplot lent a nice touch of uncertainty and triumph for the Zephyr story. The guy who tried to kill Daisy tries to convince Deke to do it instead, but in the end Deke saves her. Deke’s gray morality was annoyingly self-righteous at the beginning of this season–how can gray morality even be self-righteous?–but I like it now because we get to see his growth. 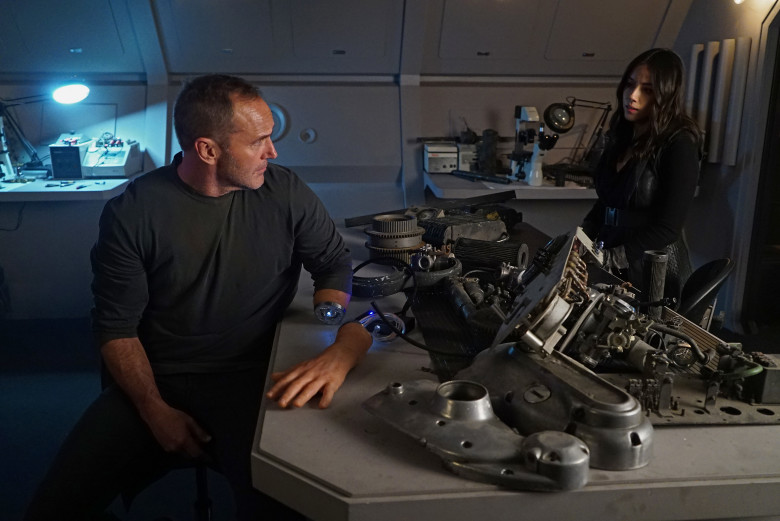 The screentime was evenly split between our friends on the Zephyr and Mack and Elena back in the Lighthouse where all the humans are being kept. I liked both the way the narrative was given to us chronologically and how Elena, Mack, Flint, and Tess wrestled so strongly with all the ethical questions that they had to consider. Elena is fierce, as ever, and she’s gung-ho to take out Casius while Mack insists that to do so would get everyone killed and not actually stop his oppression of humanity. I love how this episode is digging up things from an eternity ago on this show like not just the Gravitonium, but the weird TAHITI experiments that brought Coulson back from the dead. I love that Tess is back, and I love that the way she’s back is something that was already in the narrative arsenal. Excellent job, show! The main characters in this whole rebellion plot please me so much. The human rebellion warms my heart.

I think part of what makes the time loop so delightful is that, yes, as Fitz says, it is a bit of an indication that they fail. To me, what’s most important from the standpoint of someone obsessed with this narrative is that (like Simmons says) it’s a bit of a guarantee that they don’t all die some horrible death in the immediate future. You can watch each episode and let yourself laugh, cheer, and enjoy it rather than being constantly on edge that someone is about to get unceremoniously killed off. I’m completely over shows where bodies keep dropping like rain in a hurricane because it’s impossible to get emotionally invested in those narratives. What’s the point if people are just going to die. A similar phenomenon is the absolutely tired old Joss Whedon tactic of pinpointing the most emotionally significant character and killing them at what appears to be the zenith of their happiness. This show has given hints of doing both which, in the past, has had me on edge for whole seasons at a time. A tidy time loop proving they make it through the post-apocalyptic dystopia is extremely comforting to fall back on. Granted, here’s hoping they do actually manage to change time this time, but I’m not sitting here waiting for them to die. 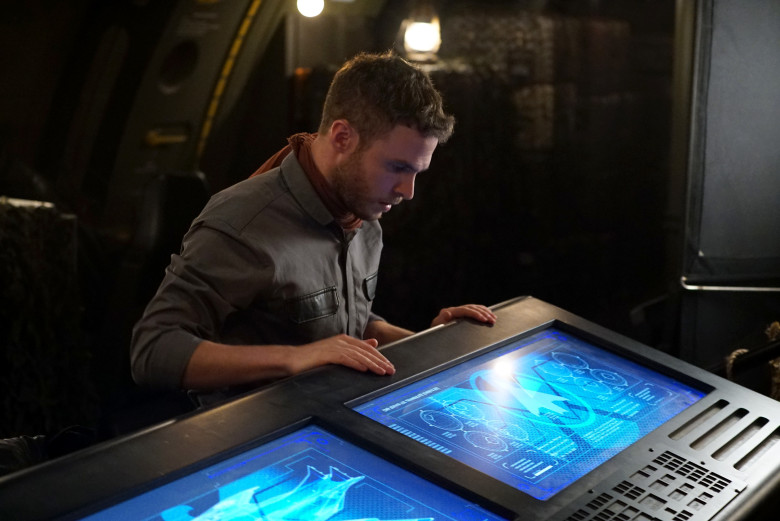 Seriously, I’m enjoying this so much. For a while there, I’d have to mentally and emotionally prepare myself to be completely destroyed watching new episodes of this show and that gets taxing quickly. It’s not enjoyable to watch something that seems to be both intentionally hurting you and only doing so through sheer creative laziness. This SHIELD, now SHIELD is super fun and I felt almost light at the prospect that I had a new episode to watch. This episode made me laugh out loud and cheer out loud multiple times and it’s left a grin on my face. I’m not saying bad things can’t happen in fiction because that would be boring and dumb. But man it’s nice to see good people overcoming obstacles, solving problems, and actually trying to save the world. It feels cathartic to watch people have agency over an oppressive regime that’s dominated them for decades and left them with no recourse. It’s not just our agents who are getting free and taking down the people trying to kill them, but it’s all the normal everyday people as well. That’s what we need to see and that’s what I’m most grateful for in this show right now.