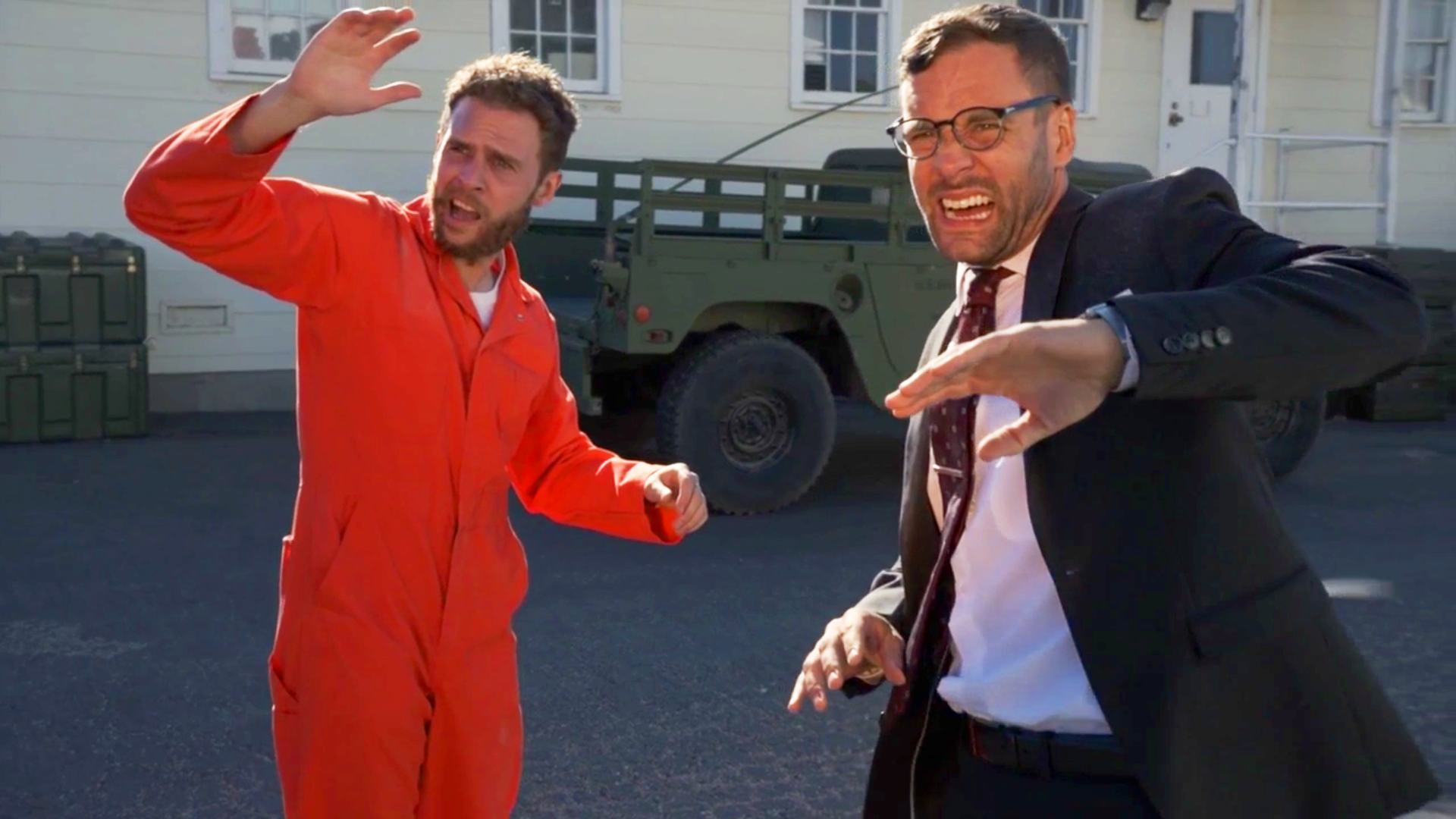 I may be the most predictable creature in the universe, but “Rewind” is exactly all of the elements that I love in Agents of SHIELD and if anyone is going to represent hope in the hopeless, dystopian future then Leopold Fitz is absolutely the correct choice. The first four episodes of this season are still completely wrong, full of terrible choices, and horrifically bad. That said, moving forward there’s a little bit of positivity to take the edge off of that darkness and that pleases me.

I actually put off watching this episode for as long as possible because I knew that it would destroy me emotionally whether it was good or bad. Literally anyone who has even a passing knowledge of me knows that Fitz is one of my favorite characters in anything ever. If you exclude Fitz and Simmons from the complicated equations I use to dole out my affection, Bobbi and Hunter were my other favorite characters in this series and I was desperately sad when they got written out. If Fitz is going to get his own special episode a la Simmons’ “4,722 Hours” (incidentally, penned by the same scribe: Craig Titley) then having him team up with reckless and rash Hunter is an ideal choice. They’re probably the two who make the craziest decisions based entirely on emotion and they were always excellent friends so their support for each other–both emotionally and physically–is in character and plays nicely. The two of them together even provides the opportunity for a lot of humor to lighten up a serious situation and an overserious season. Like, that’s the perfect storm of love for me. 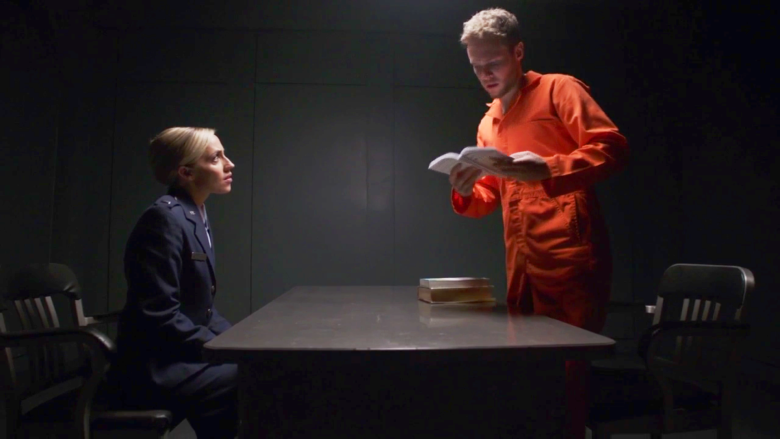 The plot is perfect for the two of them as well. Hunter always does bold, outlandish things just because it’s his nature, while Fitz goes to any length to save his friends when they’re in danger. The good
SHIELD formula is in full force here, because there are multiple mysteries that the two of them have to figure out, multiple goals that they have to reach (to include some action scenes!), and everything moves forward at a fast clip. I loved that, while Hunter would be the designated warrior in this case, Fitz is using his desperation and the darkness that he picked up inside the Framework to hold his own in fights as well. Every one of their decisions is wild yet in character. Of course Hunter would just blast their way out of a super secret government facility. Of course Fitz would put himself in cryosleep for 70+ years for his friends. The extra touch is that they left Fitz’s love for Simmons intact. It’s not the explicit driving force of the episode but it’s a flavor here and there that’s precious beyond belief and adds a beautiful depth to the story that I expect from either Fitz or Simmons. In Simmons’ special episode they opted for cheap, default romantic drama that completely erased her particular characterization, her conflict, and her depth. I’m quite pleased that they didn’t try to do that with Fitz. Honestly, with Simmons that was already a brutally unbelievable element to her captivity story. If they tried to make me believe Fitz was in love with someone else I’d laugh in their face.

This episode even took elements from literally the worst episode of the entire series and spun them back around into something workable. “Spacetime” (from season 3) is self-indulgent, stupid trash and is one of the most self-importantly bad uses of time as a sci-fi element that I’ve ever seen. That’s also when this show established that time is immutable. Once you see the future you can’t change it. So I’m a bit confused as to how any of our crew are going to save the world from blowing up since it’s already been not just seen but lived. The daughter of the man from “Spacetime” is the “prophet” who sees that all the agents of SHIELD get sent into the future and, once the weird alien man who executes her visions sees that Fitz is in a “prophecy” as well, he can then help him to rescue his friends. I mean, listen: there’s literally no other reason to leave Fitz behind than for him to save everyone and, while I would have preferred they all go home, once they’re all in the same time and space I’m a little bit more okay with this. Also, holy moly, if Fitz gets to be the Big Damn Hero of the whole season? Call the ambulance, I’m gonna need it. 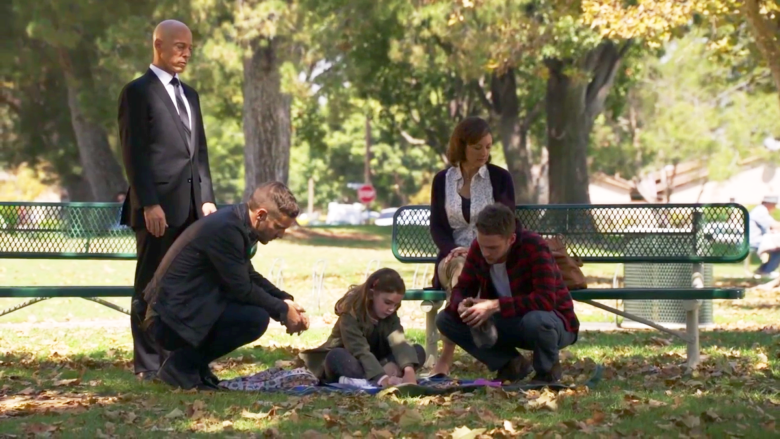 I also felt that this episode handled Fitz’s season 4 trauma excellently. Fitz repeatedly tries to take the blame for anything and everything bad that’s happened. His first idea for what happened to his friends is that he lost his mind, blacked out, and did something awful to them. Honestly, during the hiatus I came to the conclusion that the thing that would make or break this season is whether they adequately handled Fitz’s emotional trauma. This series has always been good when it comes to physical trauma. Brain damage, broken knees–anything physical they can do. When it comes to isolation, child abuse, coercion–all of the traumas that are less concrete–that’s where they falter. Grant Ward is probably their biggest screw up but even then, last season they seemed to apologize for it by rewriting his story in the Framework so that he became the hero. “Rewind” gives Fitz space to process his trauma in a way that I find pleasing. He blames himself which is what our sweet Fitz would do so it’s clear that, while he was trapped in the Framework as a monster, he has actually returned to himself. On top of that, there’s Hunter for him to talk to which means he’s got a trusted person who already knows his story who he can share with. Hunter helps him see reason in a way that he never would on his own and I loved that interplay. In just one episode they’ve moved Fitz from extremely traumatized to embracing the darkness within himself that the Framework showed him and using it in the service of good. That’s an incredibly Fitz thing to do. At the end, Hunter even got in his classic “don’t die out there”–code for “I love you”–before just out and out saying “I love you” in a Star Wars moment. Seriously, the two of them together made this one of the better episodes of the whole series. It’s just that the circumstances for the episode are disagreeable to say the least.

Here’s the thing though: we all know the world is dark and terrible and everything is perched on the edge of destruction. They didn’t have to spend three weeks and four episodes hammering home the hopelessness. Yes, it makes Boss Fitz that much more of a relief, but they kept Fitz from us for four episodes already. Fitz back at all is a relief because he’s Fitz. He’s always been the heart of this show and excising him from the story was a mistake.

I mean, frankly I’m mad that this episode is so good when the rest of the season has been so upsettingly bad that I’ve quite literally wanted to vomit. Maybe this will jar the whole thing back on track.