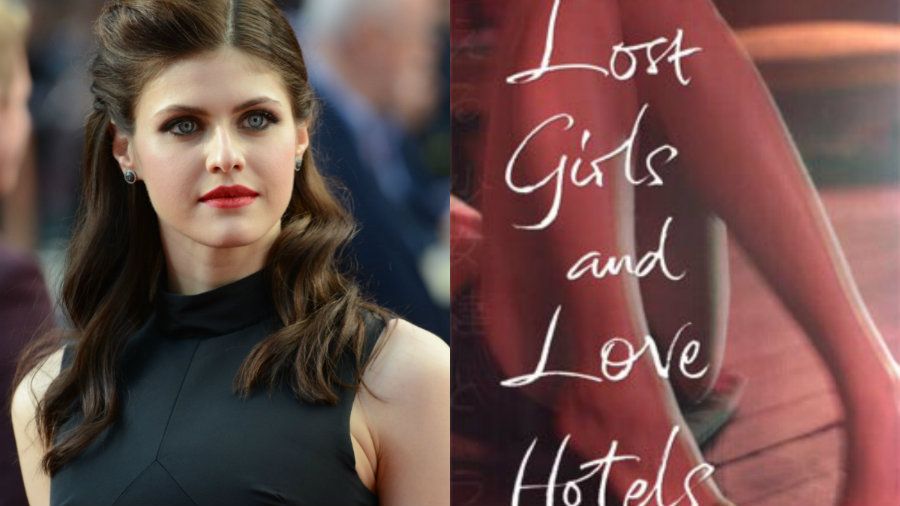 As she continues to be taken seriously as an actor beyond her good looks, 31-year-old actor Alexandra Daddario has just been attached to star in the dramatic thriller I Am Not A Bird, from Swedish director William Olsson (An American Affair). It’s adapted by Catherine Hanrahan from her own 2006 novel Lost Girls and Love Hotels, which many years ago was going to be produced as a movie by Kate Bosworth as her own star vehicle.

in the film, Daddario will play Margaret, a young woman losing herself in the night life of Tokyo in the Japanese city’s dive bars and love hotels after watching her twin brother’s descent into madness. She then falls for a handsome Japanese gangster named Kazu, giving her a chance at redemption, although she starts losing herself with the threat of a killer looming.

Daddario got a lot of attention on HBO’s True Detective but she also appeared with Dwayne Johnson in two of his recent films, this year’s Baywatch remake and 2014’s San Andreas. She’s slated to return for the latter’s sequel. Having been acting since she was a teenager, Daddario first got notice with her role as Annabeth in Percy Jackson & the Olympians: The Lightning Thief, which many thought made her a shoe-in to play Wonder Woman someday. She continued to act regularly on television and starred in the 2013 horror remake Texas Chainsaw 3D, but her role on the Emmy-winning show True Detective helped to elevate her status. She recently appeared in William H. Macy’s The Layover, and has a number of projects in the works including Adam Devine’s When We First Met, the Henry Cavill-Ben Kingsley film Nomis and We Have Always Lived in the Castle with Sebastian Stan.

The film is produced by Lauren Mann of Wandering Trail Pictures and Lawrence Inglee of Blackbird with WME Global handling the worldwide rights.

Daddario is with UTA and Untitled Entertainment while Olsson is with WME.