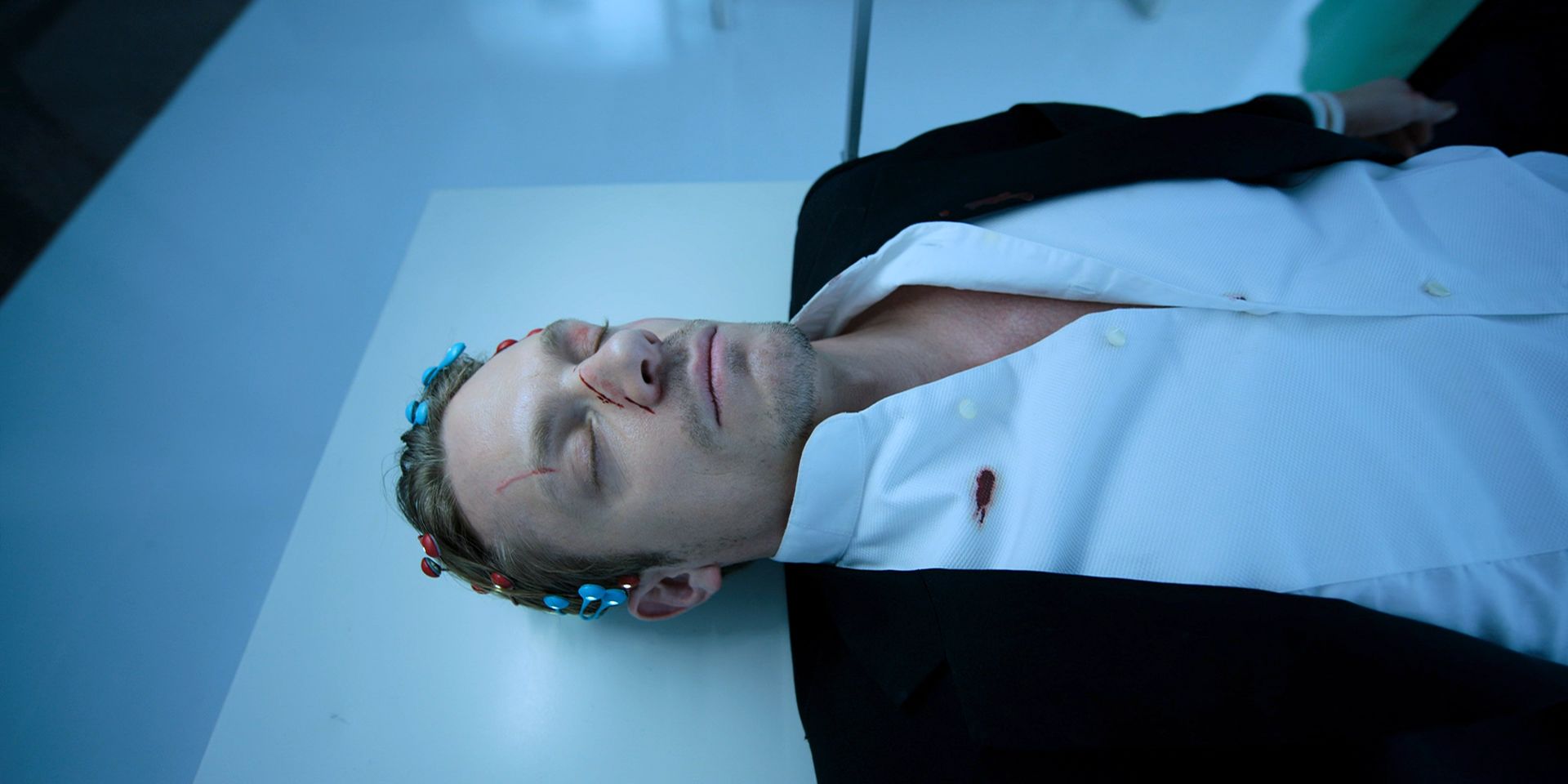 Altered Carbon‘s forth episode, “Force of Evil,” is the best of the series. Some of the show’s shaky detective elements disappear as Kovacs is kidnapped and forced into a virtual reality at a place called the Wei Clinic. In a fixed location (well, there are flashbacks), the show is sharp and refined and Kovacs himself is at his most alive. There’s also a subplot with Ortega at a family dinner where she’s not her usual gung-ho self. I don’t get how Ortega’s storyline fits in thematically with the episode, with a mundane dinner juxtaposed against a severed head at one point in the Kovacs’ arm of the plot (jeez), but it was nice to see her humanized a bit.

Altered Carbon ought to also be lauded for its diversity. While the white guy playing an Asian man thing seems hackneyed (yeah yeah, they were just following the book), there are rich characters of color here, including Ortega and her family and their dinner celebration on Dia de los Muertos.. But without further ado, let’s get into the trouble Kovacs finds himself in.

So as I was saying, Kovacs is stick in a virtual world in a program that is known for causing permanent and untreatable psychosis if the dial is turned up high enough. A man in an empty room tries to get Kovacs to confess that he’s actually a guy named Ryker but Kovacs holds serve. 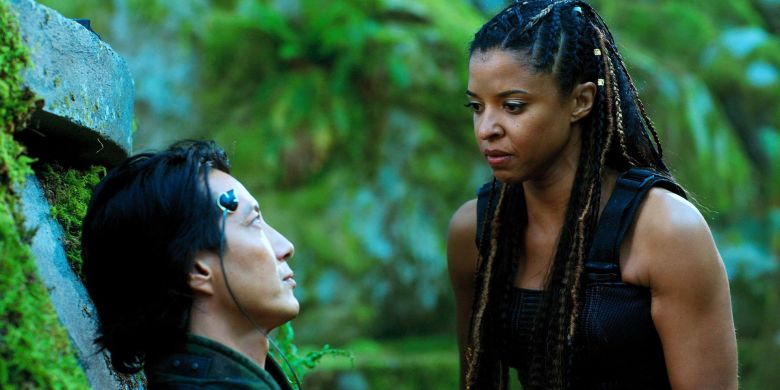 Altered Carbon has a lot to say about science and health and how it intersects with power. In an early scene, doctors work seemingly in the same space as a prison warden to make sure Kovacs is properly reintegrated into the world. Now, doctors and thugs work together psychologically break a perceived threat in Kovacs. How does Kovacs not break?

Well, he relies on the training he received as an Envoy with Quellcrist Falconer. A younger Kovacs goes into a virtual world in the past too, and survives, just barely. But Falconer doesn’t just toughen up Kovacs as a fighter but also gives him more emotional refinement too. The two fall for each other, Kovacs arguably more so, and fight alongside each other in the resistance.

Frustrated that Kovacs isn’t breaking, the people over at that crazy clinic amp up the intensity. Kovacs eventually transcends the training, takes off his restraints, and pulls out his heart, stopping it essentially. What follows is a totally wild revenge sequence that tries to channel Kill Bill. The simulation is stopped and Kovacs rains bullets into all the doctors, decapitates his torturer, and walks out of the building with his torturer’s head as a trinket. I can’t recall anything on the small screen this kind of unapologetic stylized violence. 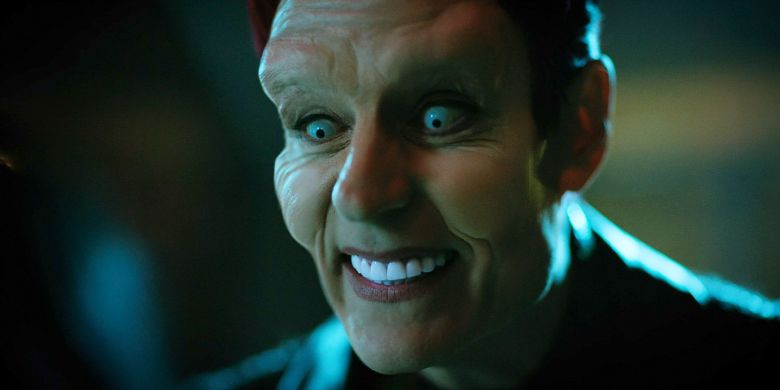 The violence continues in Altered Carbon’s other middle episodes. Ortega and her partner are cornered in an elevator and eventually murdered brutally. Kovacs can only helplessly scramble from floor to floor trying to break in. He finds his new lover dead in the elevator and rushes her to the hospital. At first, the hospital tells Kovacs to wait in line, until Kovacs uses his Bancroft bona fides to not only skip the line and save her, but also outfit her with some top of the line prosthesis. Again, all of these scenes seem to happen tangentially to the Kovacs detective scenes, and are when Altered Carbon really shines. 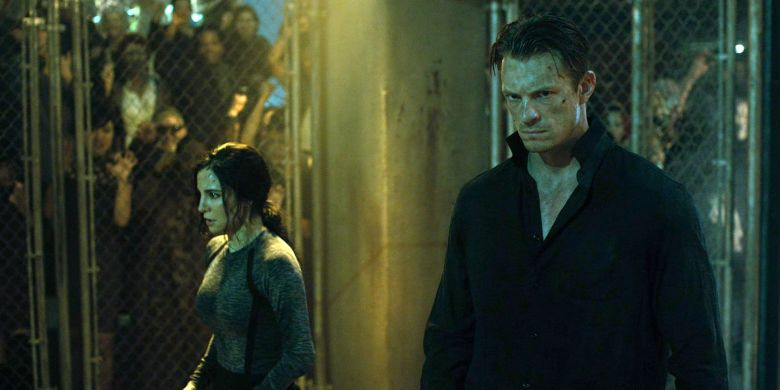 There are other highlights here, too. We discover that Ortega used to have a thing with Kovacs’ sleeve. (I guess this explains why Ortega is still so obsessed with Kovacs. I have to say I didn’t fully buy Kovacs’ relationship with Ortega but Kovacs’ heroic work in saving her made me like the pairing a bit more.

Kovacs also spends time at an AI Hotel, futuristic hotels controlled by artificial intelligence. He interacts with a would-be ally here and the two sometimes align, but Kovacs often just wants to play the lone wolf game. Unlike Altered Carbon’s earlier episodes, Kovacs feels a lot more active here so even though he’s overall a strong silent type, he’s much more engaging as the show grows on.