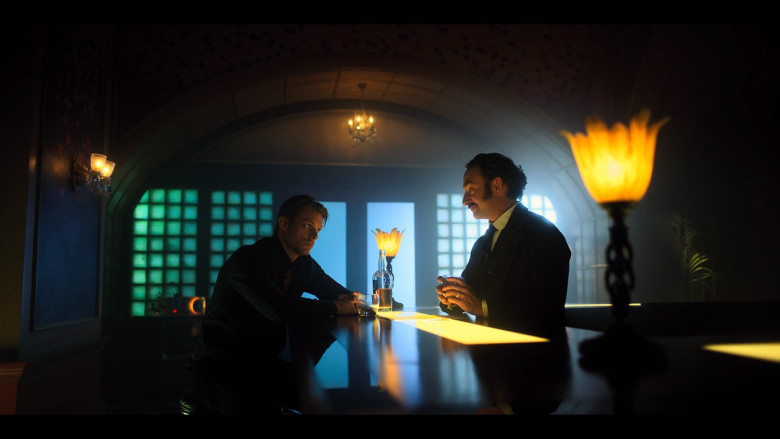 Things get complicated in the final few episodes, so much so that I found myself losing track of where I was from time to time. There are clones and people taking on false forms. I understand the book had even more of this, so at least the TV version was smart in trying to streamline things a bit more so that everything was a little more easy to digest.

One of the series’ bigger twists is the late story introduction of Reileen, Kovacs’ sister, who at times seems like ally and other times, foe. In the past, Reileen kind of tagged a long as Kovacs’ joined the Envoys and then later alongside Quell. At the end of episode 7, Kovacs’ world is rocked when he discovers that Reileen sold out the Envoys the Protectorate, which ended in the slaughter of the Envoys.

A lot of that early world building and subtle social commentary that enjoyed isn’t as evident in these final few episodes. It appears the Bancroft murder (or suicide) has been solved, until Kovacs’ looks into a telescope and discovers “Head in the Clouds,” a brothel where Meths could engage in whatever their fantasy with disenfranchised women. As it turns out, Bancroft was having an affair with Lizzie, a sex worker, behind Miriam’s back. 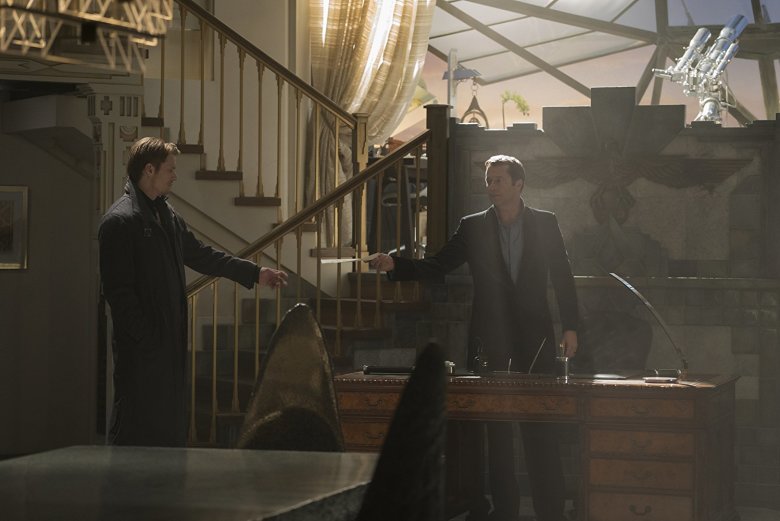 There is plenty of fun action in the final few hours, including Kovacs and Reileen going mano e mano. However, some of the reveals from characters seem very convoluted. Consider Reileen’s motivation. After selling his brother out in the past, she concocts a plan to climb the social ladder, start following the Bancrofts around, rat out Laurens’ indiscretions to Miriam, and then suggest to Bancroft that he enlist Kovacs to figure out who killed him. It just seems like there should be an easier, more straightforward way here.

I also feel like as the story progressed, Ortega didn’t play as much of a role as would be expected. Reileen’s introduction and prominence takes screentime away from Ortega, and in the end, especially once we discover the brother and sister relationship, I was much more interested in that bond than whatever Ortega and Kovacs developed, which was unfortunate. There were times, as well, when Kovacs pretty much just brushed Ortega off, which goes against some of the earlier actions Kovacs made to keep her safe and rescue her.

Ultimately, Kovacs is too upset with Reileen for there to be any kind of reconciliation. Kovacs hatches a plan to sink Head in the Clouds with both of them inside, seemingly killing them both. Only, Kovacs cloned himself earlier. Kovacs also gives his current sleeve, the one belonging to Ryker (Ortega’s old lover) back so that Ortega can find happiness.

As you can probably tell, there’s just so much going on here and storytelling this ambitious and labyrinthine probably requires more than one viewing. Kovacs is also able to clear his name, which leaves the door open for another season. Overall, Altered Carbon was not my cup of tea, but there was enough in there to interest a pretty dedicated sci-fi fan. For those with even more interest than me, Altered Carbon might be one of the more compelling sci-fi stories out in years. Like one of my favorite sci-fi series of all time The Matrix, Altered Carbon presents a futuristic world that is international, as well as gender and racially diverse. Heck, the inventor of all of this stack technology, Quell, is a black woman, who laments how it all could go so awry. We’ll see if all the money and effort Netflix put into this ambitious series actually pays off.