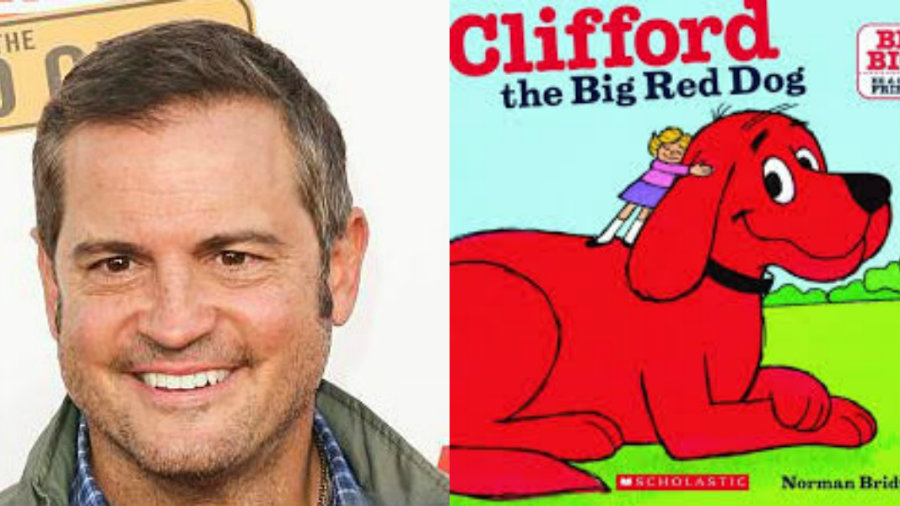 Just last year, Paramount Pictures picked up the dormant movie rights to Norman Bridwell’s CLIFFORD THE BIG RED DOG, and it looks like that movie is starting to move forward with Alvin and the Chipmunks: The Road Chip director Walt Becker now signed aboard the CG/live-action hybrid.

Clifford was created by Norman Bridwell for a series of children’s books that began in 1963 and helped establish Scholastic as a top publishing company with 80 books published between 1963 and 2015. (Bridwell himself passed away in 2014.)

It was the story of how a girl named Emily Elizabeth got a puppy that was the runt of the litter but her love for the dog helped Clifford grow to be 25 feet tall, forcing her family to move out of the big city  to a small town with a bigger house.

Scholastic Studios created a video series featuring Clifford in the late ’80s, but more recently, Clifford could be seen as part of a 2000 PBS Kids series, most of which has found its way to YouTube to attract newer and younger kids.

The script for Clifford was written by Justin Malen of Office Christmas Party with rewrites by Ellen Rapoport. Deborah Forte from Scholastic Media will produce the movie with her Silvertongue Films with Jared Mass overseeing for Paramount.

At one point, Universal and Illumination Studios had the rights to make an animated Clifford movie, but the studio were hot and cold for years on whether the project would actually happen.

Managed by Luber Roklin Entertainment and repped by Paradigm and Gang Tyre, Becker had directed a couple star-studded comedies with Touchstone’s Wild Hogs followed by Old Hogs for  Disney before taking on Alvin and the Chipmunks for the 2015 threequel. Becker was also a producer on Adam Sandler’s Zookeeper, another family live-action/CG hybrid.