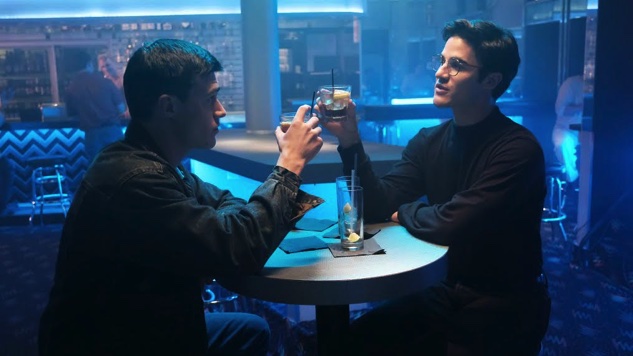 This week’s episode of American Crime Story: The Assassination of Gianni Versace looked like it was going to buck the recent trend of going backwards in time to see what Versace murderer Andrew Cunanan was up to before he got to Miami Beach. It opened in Milan in 1995, with Versace himself (still very much alive then) arguing with his sister Donatella about his decision to give an interview with an American publication in which he will reveal he is gay. His lover (and assistant) Antonio D’Amico is present as well.

This is the first time we have seen these characters in a number of weeks, as the previous few episodes focused entirely on Andrew’s backstory. So it was a pleasure to see them pop up here. It is a curious decision to put names like Penelope Cruz and Ricky Martin on the bench, so I was fully anticipating an episode devoted in full to the story of Versace’s coming out. 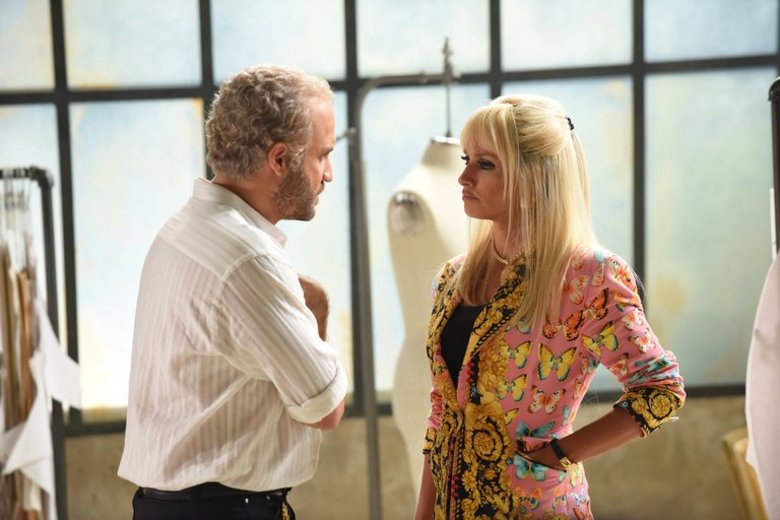 Nope. Totally wrong. After the cold open in which Versace and Donatella have a heated exchange over what his coming out might mean for the company, we flash back to a few days before Jeff Trail is murdered in Minneapolis (brutally with a hammer by Andrew Cunanan, which we saw last week). Cunanan is on the phone with a credit card company representative trying to convince them to let him put one last charge on his card: a flight to Minneapolis, where he assures them he will be able to make his debt right.

Meanwhile in Minneapolis, we see that Jeff is working a factory job. A coworker who he lunches with starts prying about Jeff’s past military experience. Jeff tells him he was an Officer and his friend wonders why he would leave that gig to come work here. Jeff is gets fired up pretty quickly, screaming at the man “It was MY choice!” He really makes a scene. As we know, especially from the title of the episode “Don’t Ask, Don’t Tell,” Jeff has most likely been dishonorably discharged from the military for being homosexual.

Soon Andrew is arriving in town, and Jeff and the fellow future Andrew victim David are at the airport to greet him. It’s clear that neither one of them wants much to do with Cunanan at this point, but Jeff speaks about a time where Andrew saved him, and so for old time’s sake is willing to put him up for a couple days. Andrew is all smiles of course, but it’s an eerie feeling the viewer gets realizing that within days this smiling man will be the end of both people there to welcome him. 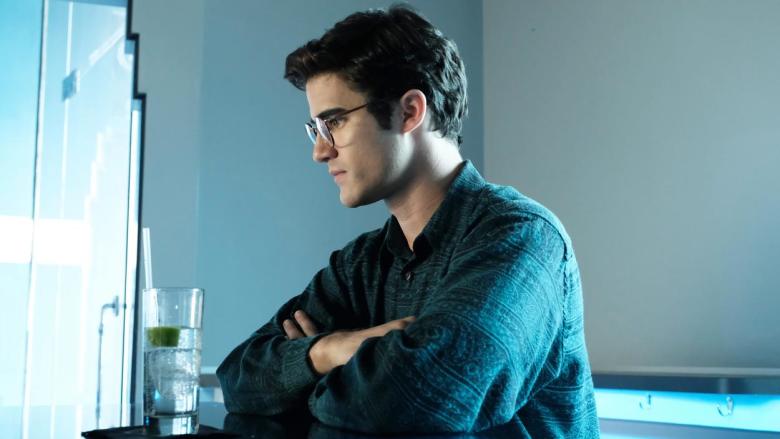 The episode has its ups and downs in that we know where all this is leading. At times this makes it a little more dull than the last few episodes. At times it adds to the tension. We knew last week that Andrew had taken Jeff’s gun from his apartment without his permission, and the night he kills Jeff, Jeff comes to David’s apartment to retrieve the gun. So this week we see a scene in which Andrew goes through Jeff’s things. I’m not sure we needed to.

Much more interesting is the stuff with Jeff. We get a full backstory to this character, going back to when he was stationed on a ship in San Diego and decided to intervene when some of his fellow soldiers were beating another one to death for being gay. It’s a courageous act, but it is the very act that he later comes to regret. That sets off a chain of events that eventually leads to his death. People begin suspecting that he may, in fact, be gay. When he hears a fellow soldier who turned out to be gay cut a deal with the higher-ups to reveal everyone else he knew to be gay, but he would only be identifying them by their tattoos, Jeff sneaks away and literally tries to cut the tattoo on his leg off his body. It’s excruciating but speaks to his desperation.

Sadly, Jeff tries to hang himself. When he can’t do it, he heads to a gay bar for the first time ever. That’s where he meets the charming Andrew Cunanan. In the most interesting scene, we see Andrew lift Jeff’s spirits and we’re happy for him. But we also know that one day Andrew is going to bludgeon him to death with a hammer. Eventually, due to his meeting with Andrew, Jeff gets the courage to go on camera (though his face is not revealed) and speak about his time as a homosexual man in the military. He painfully laments how he regrets the greatest thing he ever did: saving that man from being beaten to death. This interview is paralleled by Versace’s own interview where he comes out of the closet; one with tentative pride and one with utter shame.

This is really what this series is all about. It’s zoomed in on specific character stories that speak to what was going on in America and the world at the time. That’s what The People Vs. O.J. did so well, and what I was worried this second season would fall flat with. But I stand corrected. These are important stories and interesting ones. And the show just keeps getting better.