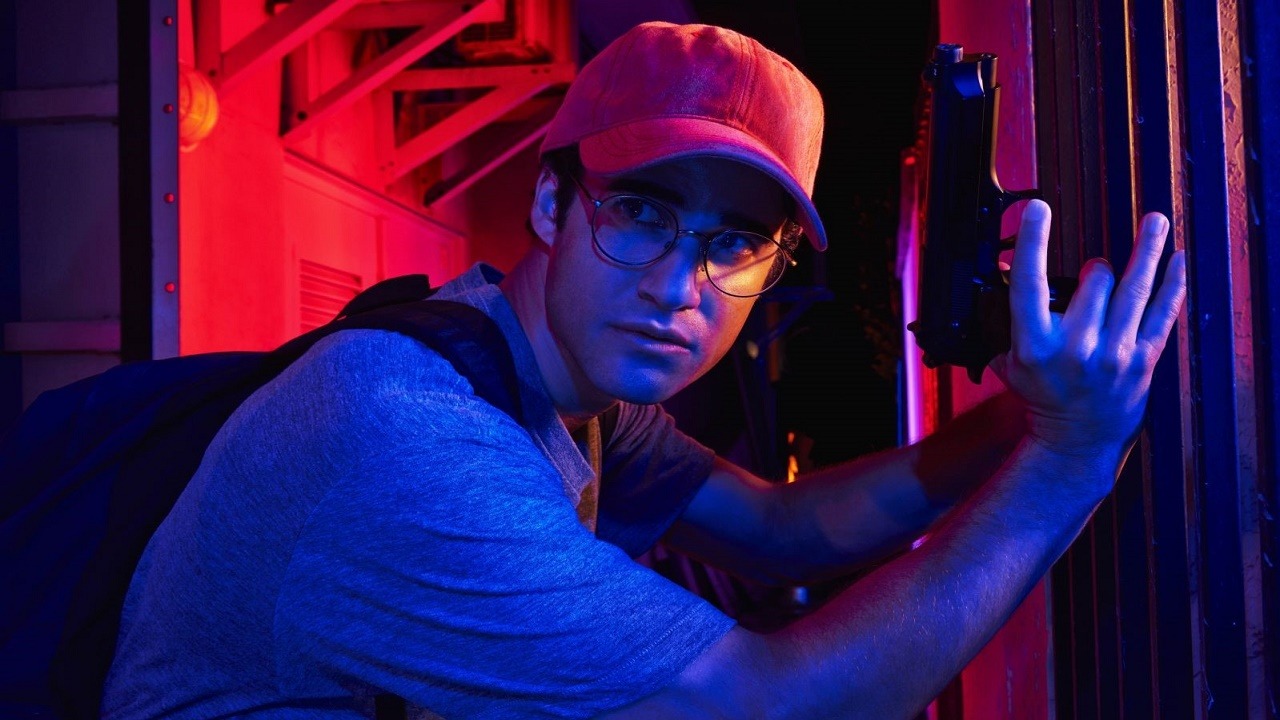 One thing that sets the second season of American Crime Story apart from its predecessor is that, while People vs. O.J. was told entirely linearly, The Assassination of Gianni Versace hops back and forth in time quite a bit, and also plays with the audience’s expectations. It can be confusing, but I think to a certain extent that is intentional. It sets the tone well at least for the second episode, entitled “Manhunt,” which is very centered on the enigmatic serial killer and murderer of Versace, Andrew Cunanan. Andrew’s own thoughts seem scattered and confusing, though he is able to masterfully charm people into giving him what he wants; whether it’s a room with a view of the ocean or just some plain old attention.

The episode begins, however, with Versace himself in 1994 entering a hospital with his lover Antonio. Though it isn’t spoken outright, it is heavily implied that Versace has AIDS. I looked it up, and it was never confirmed that he was in fact HIV positive, though it does seem likely given it was the height of the epidemic at the time and his chosen lifestyle, funneling through partner after partner. Given the news, a tearful Donatella asks him “What is Versace without you?” He replies, “It is you.” Much of the outright conflict in the episode, and the series thus far, comes from Donatella (Penelope Cruz) butting heads with Antonio (Ricky Martin). She blames Antonio for her brother’s condition, and even after he is killed due to something else entirely, Donatella’s heart still does not soften for Gianni’s lover, as much as he tries to convince her to let bygones be bygones. 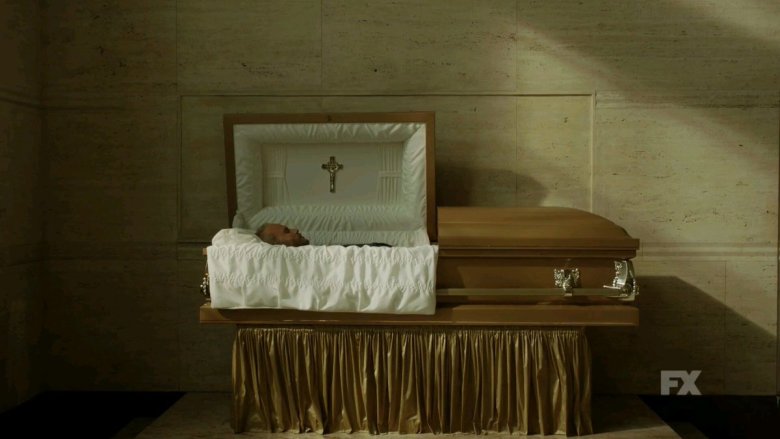 The series is beautifully shot, as mentioned in the previous review. One particularly pretty scene early in the episode, which involved almost no dialogue, showed Donatella standing before her brother’s open casket, alone in an enormous room. She unzips a bag and actually puts her brother’s suit on for him, tightening his tie while she says goodbye, not with words but with her eyes. All done up and looking sharp, as he would have wanted, the casket is closed and put into a kiln to be turned to ashes. Gianni Versace is then bagged, boxed, and presumably shipped to Italy. All the glitz and glamour comes down to this for all of us.

But beyond that much of the episode belonged to Darren Criss’s Andrew Cunanan. We begin with him driving a red pick-up truck and swapping license plates with another car outside a Wal-Mart. He’s then on the road to Miami and listening to the radio when we hear a news bulletin about him being wanted for the murder of another man, not Versace, so we are suddenly made aware that this is in the past. Cunanan switches the station and blasts “Gloria” singing and screaming outside the car window with euphoria. He soon arrives in Miami Beach.

There he tells his first of many lies in the city, explaining to an old desk woman at the Normandy Plaza that he grew up in Nice, France. He also tells her that while he’s a man of little means now he plans on becoming a fashion designer. He seems to charm her well enough, and is even able to finagle himself into a room with a view of the ocean later, after some practicing in front of a mirror. Now that he’s in Miami, the official stalking of Versace begins. He heads by the designer’s home and tries to open the gate to no avail. He gazes at the second story windows from across the street hoping to get a glimpse of something. But he knows he may have to play the waiting game here.

In the meantime, he makes friends with HIV survivor and fellow gay man Ronnie (Max Greenfield). After some “magic pills” saved his life, Ronnie headed to Miami Beach. There’s he’s basically been doing drugs and prostituting himself, which Andrew quickly takes to. Really, Ronnie just becomes a sounding board for Andrew to continue lying to. He tells Ronnie that Versace had proposed to him, though it didn’t work out. Andrew talks about Versace dreamily saying “That’s the man I could have been.” Ronnie replies “Been WITH.” Andrew nods. 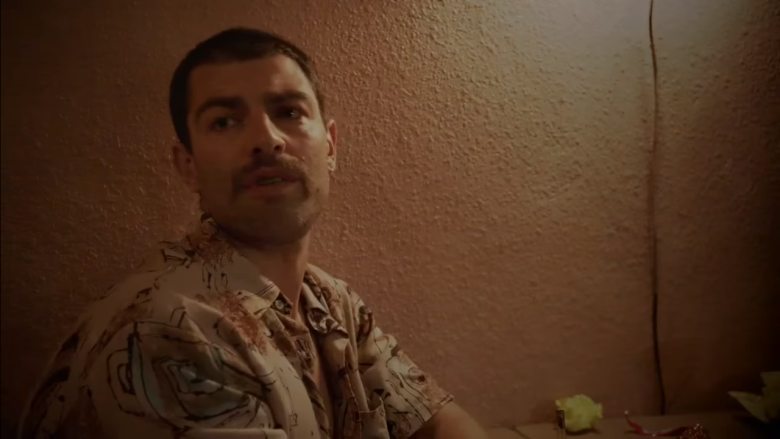 In one extremely uncomfortable scene to watch, Andrew takes a gentleman back to a lavish hotel room. “I can be submissive,” the old man tells him. But suddenly Andrew is wrapping masking tape around the man’s head, eyes, nostrils… and finally mouth. The old man struggles on the bed while Andrew dances flamboyantly, repeating “Accept it.” Finally, the man stops struggling, Andrew holds a pair of scissors over his head, and for a moment we don’t know if he will kill the man or save him. He saves him, stabbing a small hole over his mouth so he can breathe. The man is clearly shaken, but decides to not tell the police about his encounter, probably due to the shame of being homosexual; we see his is also married as he puts a ring back on his finger after their encounter.

Speaking of the police, they and Detective Lori Wieder’s (Dascha Palanco) efforts are barely touched upon this week, other than to make a point that the FBI had dropped the ball, not putting out fliers that would have warned the general public about Cunanan, and certainly would have alerted them after he sold a gold coin to a pawn shop owner in the area. Wieder pushes for these fliers but doesn’t get her way. I suspect we’ll see more of her butting heads with the feds as the manhunt continues. At the end of the episode, after stalking Versace at a nightclub (a place Wieder also pushed police and the feds to stake out for Cunanan) and failing to find him, Andrew orders a tuna sandwich down the street. The man working there recognizes him from America’s Most Wanted and calls the cops. By the time they get there, Andrew is gone again.

I don’t know the full true story and I’m trying to avoid spoilers, so I don’t know exactly how long this manhunt goes on. I’m hoping it ends in the next episode, as I fear the cat and mouse game could get old fast.