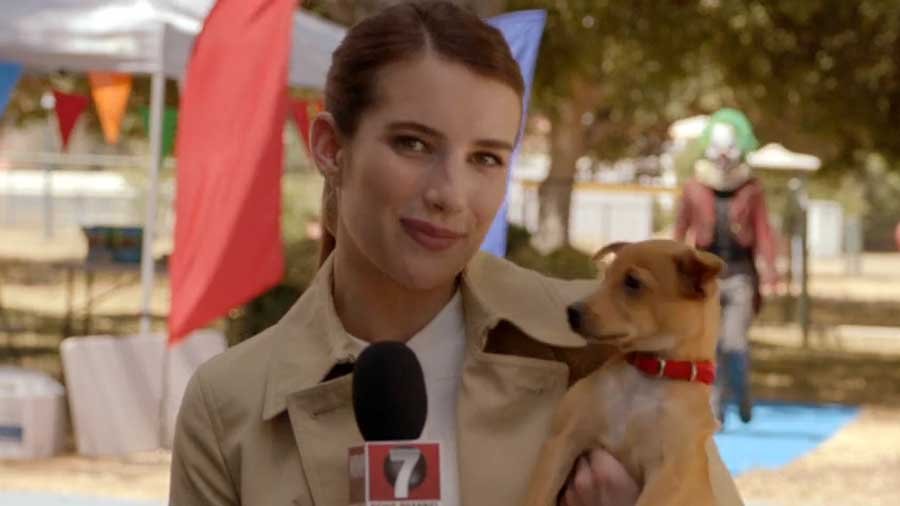 This week on American Horror Story: Cult, we spent the whole episode in a flashback, connecting some loosely affiliated dots with much-needed certainty. This week checked a box I’ve been asking for every week — can we cool it with the ridiculous clowns — but still felt like a bit of a letdown.

We spent most of this episode with Kai, watching him gather his acolytes, who will presumably help him with his ridiculous clown murders. First, he recruits Harrison (Billy Eichner). Harrison’s a personal trainer, and so Kai hires him. We learn a bit about Kai through these interactions — he’s a MENSA-invite-earning genius, graduated from an Ivy League school for poli sci and feminist studies, and basically, plans world domination. Through his time with Harrison, he pushes him to be more aggressive to his bigoted boss, and continues to spout his various philosophies to Harrison, making this angry, downtrodden, mostly isolated man feel seen. There’s also a weird sexual component here — Kai masturbates in front of Harrison in the gym shower (this interaction is met with an amused smile rather than an all-out “really, truly, what the hell is going on here”), and implies that although he isn’t gay, he takes care of his friends. It’s all really weird. Really, really weird. 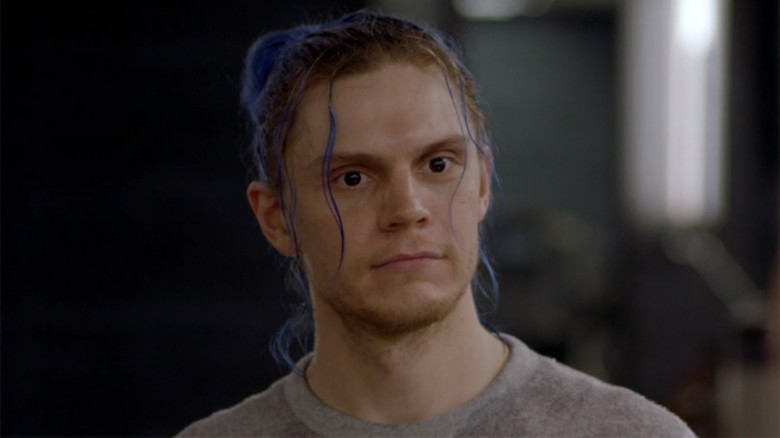 But it works, clearly, because Kai convinces Harrison to kill his crappy boss to assert himself. In helping Harrison dispose of the body, they intersect with Meadow (Leslie Grossman). Harrison and Meadow, both desperate and lonely and having just lost their house to foreclosure, fall into Kai’s orbit pretty easily. We later see them getting pretty cozy on Kai’s couch, and Meadow sharing her drawings with Kai, who says the mask designs are valuable — so actually, it looks like Ally was right. Meadow and Harrison are definitely involved in the clown murders. Although we still need to find out what happened to Meadow that made her cross over from ally to Enemy.

Kai also recruits Beverly, a black newscaster who keeps getting pushed aside for Emma Roberts, who’s sleeping her way to the top. Kai murders Emma Roberts and that brings Beverly over to his side. Apparently, everybody in American Horror Story is very chill about murder. I get that Kai’s going for this whole fear-based thing and he’s tapping into people’s anger and resentment and so forth, and it’s not that I don’t think these things are present in people, and it’s not that I don’t think these things can be volatile, but it’s just a little ridiculous to me to think that two people in this episode either directly or indirectly committed murder and are totally okay with it. 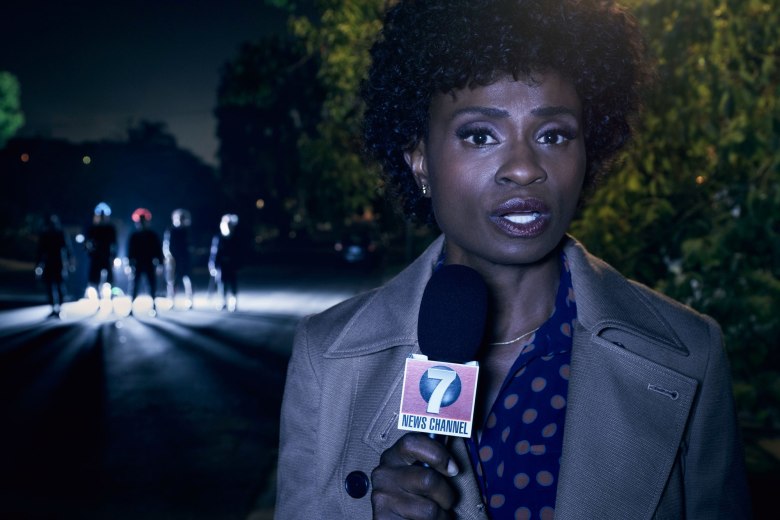 On the other end of the political spectrum, we get a bit of a reveal: Ivy and Winter knew each other prior to Winter being hired as the nanny. At a political rally, Ivy gets grabbed by a neckbeard (more on this in a minute), and Winter sticks up for her. They end up going to eat together and commiserate, and then hatching a ridiculous plan to find the neckbeard and punish him, it seems.

We then revisit the neckbeard, and he’s actually the MAGA hat wearing cashier from the first episode when Ally loses it in the grocery store. He has what’s probably my favorite interaction of the episode because it’s uneasy and relatable and made my skin crawl a bit — it’s one of a handful of small, eek moments in an otherwise ludicrously over the top show. He sends one of his employees home with a smile, telling her to get home to her kids, and as it’s the night before the election, she makes mention of voting tomorrow. He responds in a way that makes it clear he’s voting Trump, and you see the woman’s face fall. I’m definitely projecting, because I had this moment so many times over the past year or so — somebody you like, somebody you think is kind, somebody you think is compassionate, lets it slip unembarrassed that they’re voting for somebody you find morally repugnant and frightening. It’s a unique feeling. It’s more of that feeling that I want out of this show, and why I found this episode overall fairly disappointing. There’s just SO MUCH to dig up here, so much that can make your skin crawl, so much that feels real and scary rather than so over the top bombastic that it becomes low stakes and boring. But I digress (as I do every week…)

Ivy and Winter taze the guy and handcuff him in a basement somewhere. They tell him they’ll call the cops to have him released after the election. Ivy and Winter taunt him, tell him he doesn’t matter anymore, and all of the things conservatives think that liberals think about them. This is another moment where AHS loses me quite a bit. It’s not that I don’t think that there’s some seriously disturbing and/or ignorant behavior going on within liberal bubbles, y’know? There’s grossness and complexity and so forth to examine there as well, but it’s all just so much and so silly that it feels absolutely ridiculous, and because of that, I stop caring really quickly.

Winter goes home and runs into Kai, and he tells her to tell him everything, so she does. (Why do people keep telling Kai things? I feel like I’m watching Bates Motel again where every big neon sign is screaming “NORMAN IS A PSYCHOPATH” but everybody around him is just like, “oh, what a nice young man.” KAI IS A PSYCHOPATH, WHAT ARE YOU PEOPLE DOING?)

Kai then goes down to the basement and speechifies and convinces the neckbeard to cut off his own hand in order to make it to the polls on time. This makes the episode a closed circuit, because we actually opened on a scene of everybody voting, including Kai dragging the neckbeard bleeding with one hand cut off in to vote.

So, y’know. Now we need to find out what’s really going on with Ivy and Winter, what happened to Meadow, and how on earth both Ivy and Winter haven’t already been arrested for kidnapping that guy. Another week, another underwhelming hour of silliness.