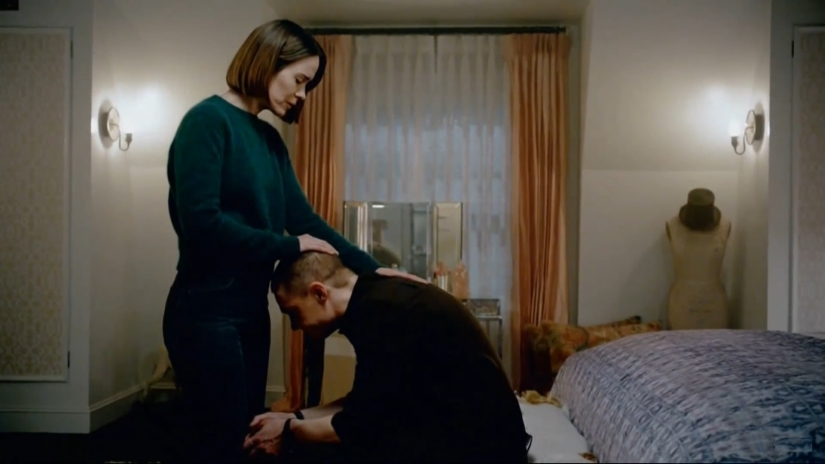 I have never been so happy for a show to be over in my life. In the final episode of American Horror Story: Cult, we start a bit in the future. It’s 2018, and Kai is in prison, but he’s still at his old tricks. He’s created another cult of white supremacists around him in prison, and wrapped a female guard around his finger, or so it appears. We see him recruit a new inmate, Trevor, into his group. We also see him get attacked by a couple of guys in the bathroom and beat up, but in the usual AHS “this is a twist but it doesn’t feel like one because we overuse this device” fashion, as it looks like Kai’s going to finally get what’s coming to him, one of the inmates stabs the other and kills him. Kai then kills the surviving inmate, who’s totally chill with being sacrificed for the will of the Divine Ruler.

We find out that, obviously, Ally is to blame for Kai’s incarceration. Back in 2017, shortly after last week’s episode, Kai is planning the “Night of One Hundred Tates” with his cronies. By pulling medical records and lists from pregnancy-related activities, they’ve found one hundred pregnant women whom they’re going to murder all in the same night. They practice the motion — Kai insists that both the mother and the fetus must be stabbed to get the message across — on watermelons, which is pretty disturbing to watch. The watermelons are used by Ally and Beverly to make a salad, obvs, but Beverly is having trouble going on now that she’s utterly lost belief in Kai. She begs Ally to kill her, but Ally assures her that this night will be glorious. Since we know Ally isn’t nearly on the home team, this pretty clearly means something different to her.

Kai is freaking out about not being able to get in touch with Speedwagon, so Ally takes him aside to tell him that she killed Speedwagon after catching him with a wire. She tells Kai she held off revealing this to him for a couple days for fear of breaking his heart, since it reveals that Winter wasn’t actually the mole, and Kai killed his own sister for nothing.

Later, as the guys are preparing to go casually slaughter women, Ally leaves the house to go pick up some snacks — or so she claims. She actually immediately hops into the back of an FBI van, as the FBI swarms Kai’s house and takes everybody down. So that’s how we get to 2018, with Kai in prison, and Ally a public figure and “legit feminist icon.” 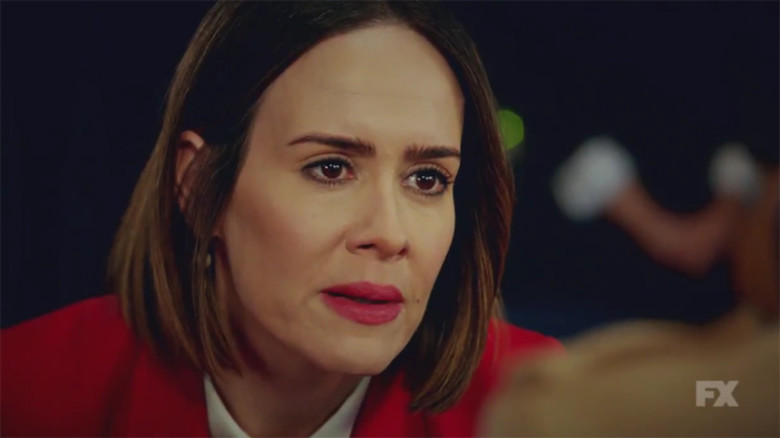 Ally is still running The Butchery, alongside a new girlfriend, and patrons are coming specifically to see her although Ally demurs from the attention. Beverly comes to the restaurant, and she an Ally share a drink. It’s a confusing interaction, because it sort of seems like Beverly is trying to trap Ally into admitting complicity in either Ivy’s murder or the cult at large. Ally doesn’t, and Beverly ends up being an actual ally for her so I’m not sure why all of that unnecessary tension was there, or if I was reading too much into it, or what. But the important information we get from the conversation is that Ally was offered immunity by the FBI if she helped bring the cult down while she was receiving psychiatric treatment. That was actually a nice reveal, because it means that somebody other than Kai had a secret, impossible to guess plan. (Is it too much to ask that shows play fair with their twists? I just don’t think it counts as a ‘twist’ if there’s no way to guess at it, or see it coming. If you can’t do that, it’s just a completely random, untraceable veer in the plot line. I have so much trouble seeing how any of this comes across as clever rather than lazy.)

Ally invites Beverly to Oz’s birthday party, where we get more about Ally being a feminist icon, refusing to go on talk shows, and so forth. During the party, she gets a call from Kai in prison, after he found out that Oz isn’t actually his kid.

We later see Ally has decided to run for Senate, using her newfound fame and notoriety for bringing down a misogynistic cult to propel her further into the public eye. Despite that, she’s having trouble getting the votes — her ties to Kai are what make her famous, but they’re also what make people hesitate about her.

Still, Ally goes into a debate confident, and is running circles around the incumbent Senator Jackson. Right as she’s really hitting her stride, Kai appears. He escaped prison by murdering and mutilating Trevor, his newest jailhouse acolyte, who looked enough like Kai to give Kai space to maneuver. The prison guard Kai had been charming hands Kai a gun from the audience as he walks up to shout Ally down. But when he holds up the gun to shoot her after delivering a “go to the kitchen and make me a sandwich” speech, he finds it doesn’t have any bullets.

We get one more reveal that nobody could’ve guessed, in that the prison guard had dinner with Ally previously where Ally pointed out to her all the ways in which Kai manipulates people and recruits her to Ally’s side. Betrayed and shocked, Kai barely has a second to breathe before Beverly steps up behind him and shoots him in the head. 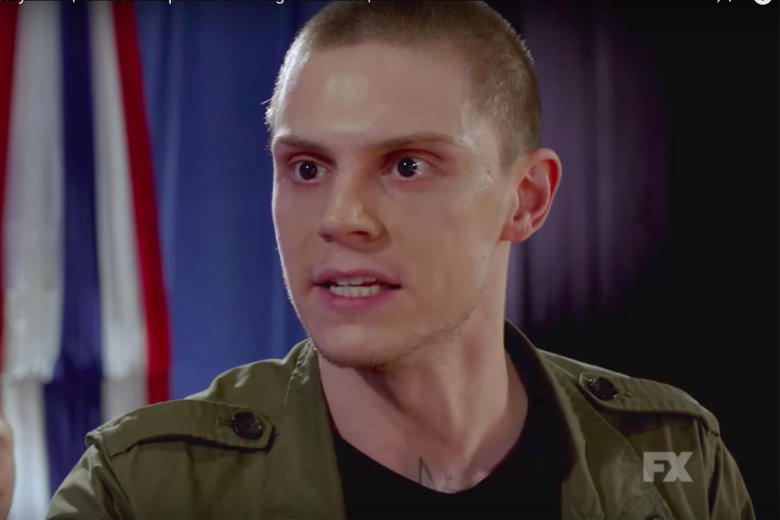 Ally wins the senate race, getting 80% of the female vote. We end the season on her tucking Oz into bed, explaining to him that he’ll be better than the men before him, and that she’s going to a meeting with “powerful, empowered women who want to change the system.” The last shot is Ally donning the SCUM hood, and looking at herself in the mirror, seemingly implying that she’s traded one cult for another, and transitioned from follower to leader.

I’m not sure what I can say here that I haven’t said before; I don’t get this show. I don’t get how it’s even basically enjoyable if you don’t think about it. I don’t think that it sends a productive or unique or interesting message — yes, in the U.S., we have some pretty serious cult of personality problems in our political system. Yes, people on either end of the political spectrum can fall into echo chambers where the worst, most extreme aspects of either side of politics can become amplified, and lead to a dangerous single-mindedness. I have an obvious bias here in that I’m a woman and a self-identifying feminist, but I just have such a problem with equating white supremacy and out-and-out misogyny with the “female rage” that AHS: Cult poses as the dangerous opposite of it, because the latter is a reaction to legitimate persecution and the former is a reaction to being told you’re not entitled to the world anymore. Those aren’t equal. Those aren’t the same. I’m not saying that the far left can’t be and isn’t dangerous in its own ways; I’m not saying SCUM-like sects of feminism aren’t bad and harmful and a problem. But man, are those two things not the same.

This was my first season of American Horror Story, and honestly, I wish I could just… give it back.