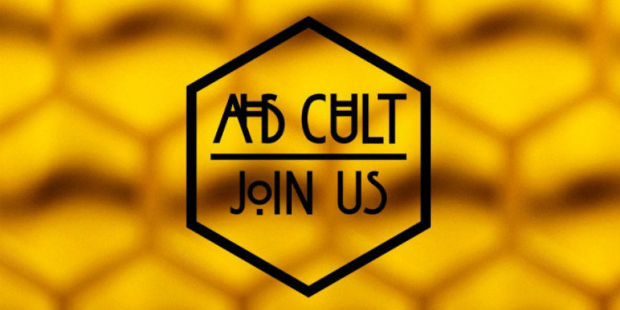 American Horror Story: Cult continues to lean on weird clowns and jump scares superficially connected to the election while utterly neglecting to do anything remotely interesting with the really promising premise they gave us for this season. I really can’t get over it — there are so many ways you could make this election and its aftermath into a horror series. It’s just so easy; the anxiety, fear of neighbors, and distrust of officials is all there. I’d love to watch a version of AHS: Cult that’s subtle and tense and provides actual social commentary. Instead, we have murder clowns. The world is disappointing, y’all.

This week, we start on a cold open of a woman and her husband discussing with Ally’s therapist how she’s overcome her fear of being shut in a coffin alive. Then, of course, she and her husband turn up deadlocked in coffins in their house, with the smiley face the clowns painted on the Changs house on their wall, taking credit. This introduces the idea that the therapist probably isn’t on the home team — he’s in a position to get detailed accounts of people’s specific fears and phobias which then, surprise, come back to bite his patients. Much like Kai’s weird pinky game, where he forces people to tell him the truth about their fears and desires, this seems to be directly feeding the murdering clown posse’s actions.

Meanwhile, Ally has to deal with the aftermath of shooting Pedro. Although at the time Ally was panicked and scared in a high pressure potentially fatal (at least in her eyes) situation when she shot Pedro, without even seeing who it was, people assume it’s a racially motivated killing. Ally becomes the “lesbian George Zimmerman.” This is another place where the show arrives at an interesting conversation and either completely misses it, or just genuinely isn’t interested in anything other than superficial entertainment. Contributing heavily to the fact that Ally gunned down an employee in her yard is the fact that she is incredibly, demonstrably unstable. She’s potentially, or at least presumed to be by the people around her, hallucinating. And was able to get her hands on a gun. But we don’t even touch that discussion on any front, ‘cause clowns are cool, or something.

The problem of the protestors is (inexplicably) alleviated by Kai, who tells Ally he’ll take care of it. When Ally goes to confront the protesters and explain to them what happened, and that she’s “one of them” (a liberal), they surround her car so she can’t move or get out. Kai comes and parts them, somehow, but we never see anything to explain why Kai, an all out Trump supporter and gross conservative neckbeard, has influence amongst the social justice crowd. Unless, of course, this is related to Ally’s fears and the whole thing was staged, but mostly, it just comes across as confusing.

This further cements Ally’s clearly expanding relationship (or reliance on) Kai. Ally continues to become more and more aggressive. She starts to fight with the new neighbors from last week, after they accuse her of being a racist. Then, Ally and Ivy come home one night to find that the neighbors have given Oz a guinea pig. After a cute family outing at the restaurant eating ice cream, the family comes home to find the clown smiley painted on their door, and when they arrive in the kitchen, the guinea pig is in the microwave. This is probably the scariest part of the show so far. Honestly, the only time that I’ve been genuinely uncomfortable. Ally, convinced this was a plan by the neighbors, goes over and punches Billy Eichner in the face and threatens Leslie Grossman pretty explicitly. As they leave, they see the smiley painted on the side of the neighbors’ house, but opt not to tell them, since Ally’s convinced it’s all their doing anyway.

They call the police, Detective Colton Haynes, and he tells them that he’s going to assign surveillance to the house, because the threatening smiley face appears to be legitimate, and not a copycat by the neighbors. Ivy and Ally rush upstairs to check on Oz, and find him hiding his computer from them — on it, is a video of the night when Winter came onto Ally in the tub. Ally freaks out because somebody is recording them in the house; Ivy freaks out because Ally cheated on her. Ivy takes Oz and plans to leave Ally in the house, but before they get anywhere, they go outside to find Billy Eichner freaking out with the police because Leslie Grossman is dead.

The terror factor in the neighborhood, based on clips of newscasts we see, is skyrocketing. There are an excess of murders and unexplained events and fighting amongst the community, and it all seems to be related to Kai and his plan to drive everybody to such a point of fear that they give up, and become utterly reliant on the government to control their lives. But this all seems pretty straightforward, and the clowns are still absurd — so I guess at this point I’m just hoping there’s some phenomenal twist that makes all of this interesting and worthwhile.