As more and more subplots are crammed into AMERICAN HORROR STORY, it’s promising premiere is squandered as the show bites off far more than it can chew. Are we in for another roller coaster ride of mediocrity, or will the show burn through its multiple narratives and find solid footing as it continues?

Man, I’m disappointed in how quickly this show has taken a nosedive. Just one week ago I was excited by the possibilities of the paranormal documentary framing device, and already it’s grown tedious and campy. What the hell? Instead of horror, we’re presented with tongue in cheek clichés making fun of horror tropes, while at the same time the show still begs us to take it seriously. It’s as if they are trying to fill all of the haunted house stories out there into this one story. American Horror Story isn’t content telling us just one really good frightening tale over the course of the season. No, it has to exhaust itself with every possible story all at once. 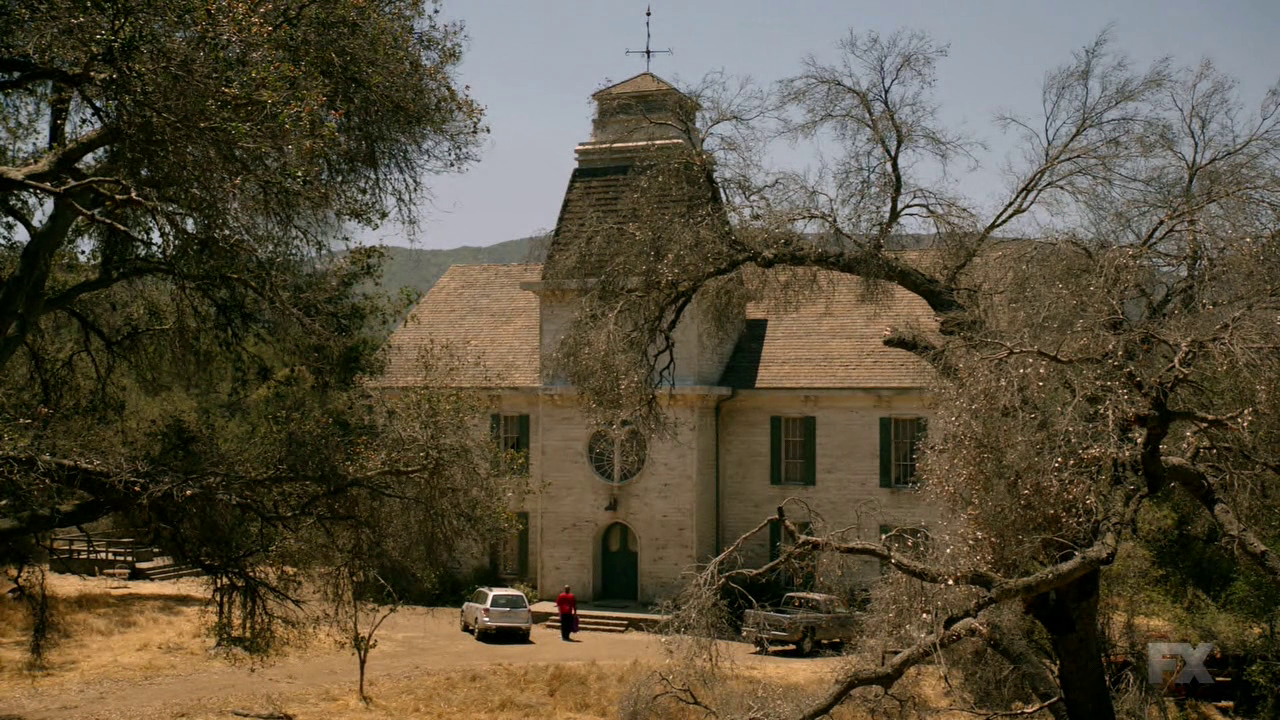 There’s something I like to call “overpacking the narrative” that’s more commonly a problem in comedies. Shows like It’s Always Sunny In Philadelphia and The League were especially guilty of this, after both of these shows blew their narrative wads in their early seasons. They soon became the cartoon versions of themselves, and the biggest problem they both had as they dragged on season after season, was overpacking their narratives. It’s usual for an episode to have an A, B, and C story intertwining as the show goes on. The B and C storyline are smaller and less important, but never take away from the A storyline. As these shows entered their later seasons it became common for every character to have their own storylines going all at once. This meant there were sometimes five or six storylines in a twenty-two minute episode of television. The episodes became a jumbled mess since not enough attention was given to any particular storyline to give it the heft to carry the show. Instead these shows collapsed under their own bloated weight trying to do too much.

I learned an important lesson in elementary school when it came to writing … Keep It Simple Stupid (or the KISS method). The more you complicate something, the more you pack something with over-explanation or detail, the less impactful it becomes. Overpacking the narrative has become a comedy pitfall, but I don’t think I’ve ever seen much of it in dramatic series until now. As I watched tonight’s episode unfold, I became more and more frustrated as each new storyline was introduced. Right now I’ve tallied that American Horror Story already has seven or eight major story lines going, and they’ve all been introduced in a mere two episodes. That’s four or five too many for a season of television to solve satisfyingly, let alone to bloat two hours of television with. As each new one was introduced I found myself getting more and more annoyed, rolling my eyes, and I even turned to my wife and said, “They’re trying to cram way too much into this episode.” She agreed. 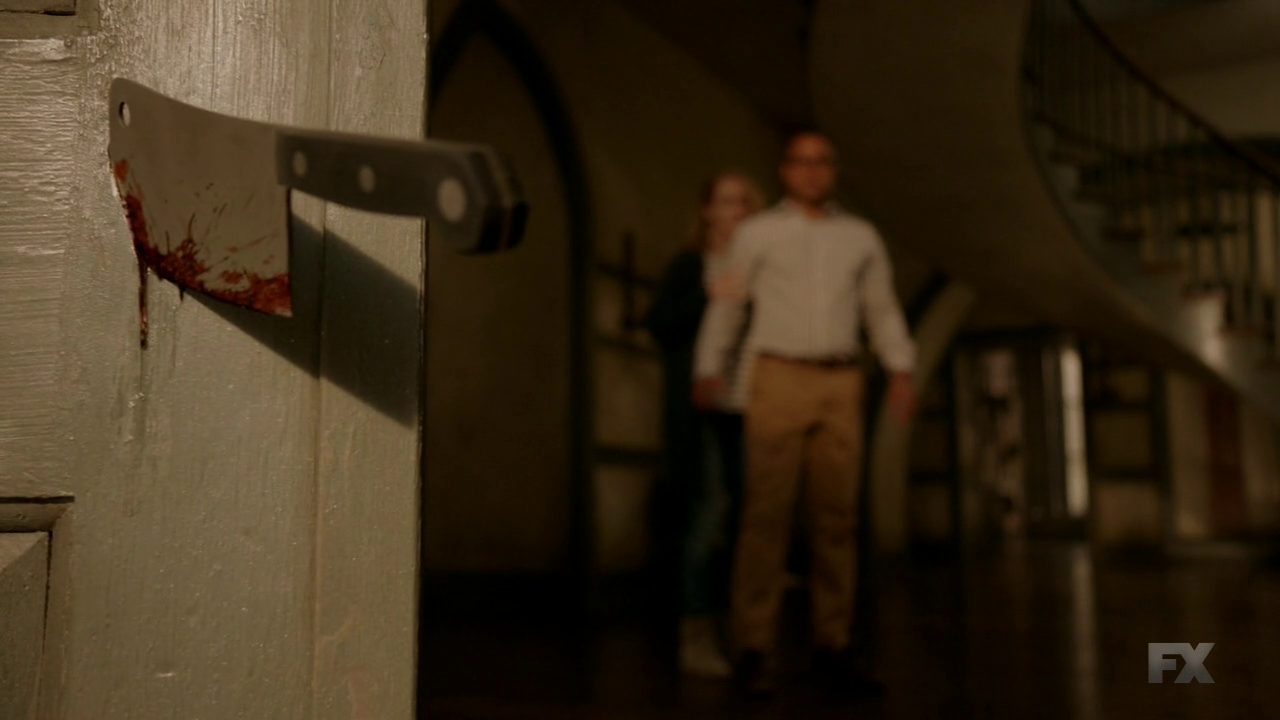 I was fine with the haunted house, the people in the woods, and the hillbilly vendetta from last episode. That alone is more than enough meat to hang a good chunk of the season on and build a mystery around. Tonight’s episode added killer nurses who previously ran a nursing home in the house, a mad professor who lived in a cellar on the property investigating the house, an invisible girl named “Priscilla” who tells Lee’s daughter Flora she’s going to kill everyone, and Flora’s disappearance. It took all of this to remind me why I stopped enjoying American Horror Story after the second season. There has always been a lot going on in the show, but in those early years there was never so much it bogged down the power of the story. It’s like they decided to use every idea they came up with in the writer’s room instead of just whittling things down to the most powerful story possibilities. You mark my words, there’s going to be a musical number before this season is over, just to add insult to injury. Once I saw Lady Gaga’s name in the credits I immediately knew it was just a matter of time. Her singing will be just one more weak storyline to add to the plethora already in play.

Tonight we got a brief glimpse of Kathy Bates as the leader of a group living in the woods who Shelby witnesses perform a human sacrifice. I’m guessing her and her people are responsible for the pig headed effigy Matt and Shelby find burning on their property. If she’s supposed to be the head of the missing group of Roanoke settlers appearing through a vortex in time, I’d be more interested to pursue that storyline than the current one in the house of bloated horrors. Maybe this paranormal documentary piece My Roanoke Nightmare is just a prelude to the real story that’ll unfold. It’s possible since we haven’t really seen a credit sequence yet this year. I’m going to hold out hope this show takes a turn for the better as things move on, but It’s looking like we’re in for another stinker of a season. 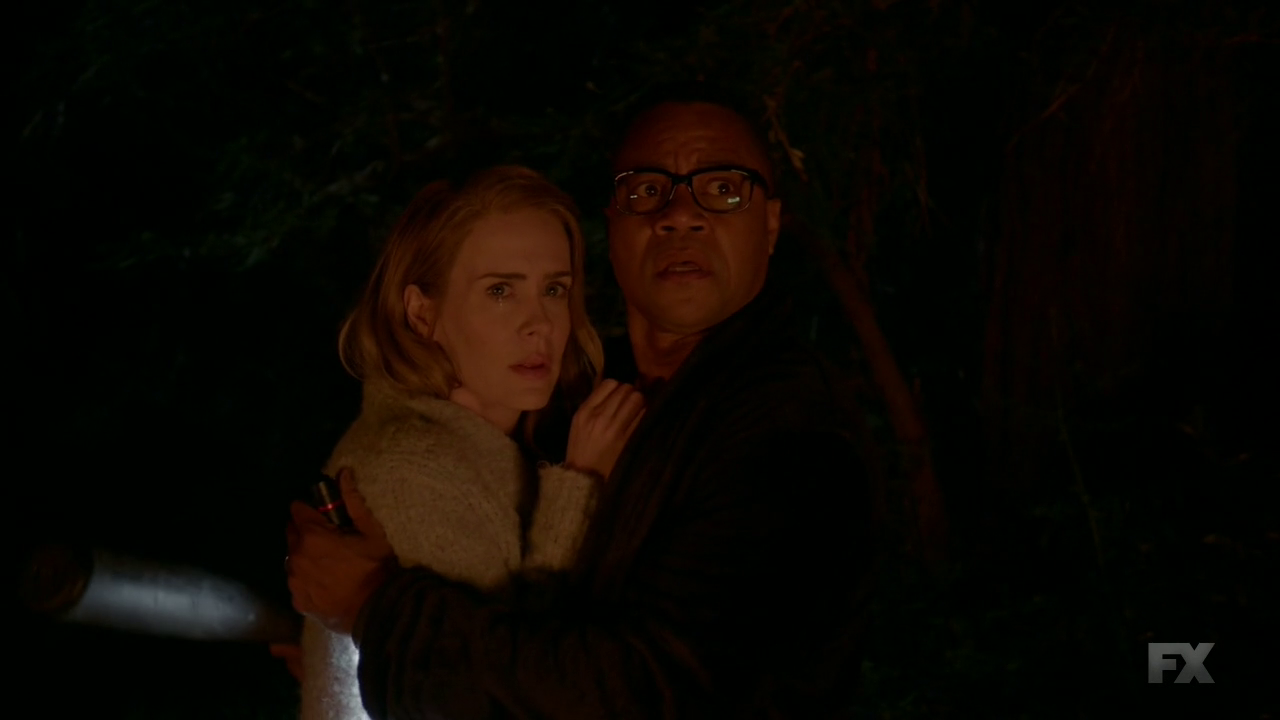