Matt, Shelby, and Lee search for Flora on AMERICAN HORROR STORY as the history of what happened on their land comes into light. There’s more strangeness in the woods, and a psychic arrives to explain it all, but is it too late?

The last episode of American Horror Story spent too much time packing itself with different story threads, and it was not enjoyable to watch. Thankfully this week’s episode simplifies its outlook and spends the majority of its runtime on the search for the missing little girl Flora. I savaged the last episode due to its lack of focus, and rightly so, it was a narrative mess. Chapter three works so well because it doesn’t get distracted. It was a nice return to form. By no means do I believe we’ve seen the end of overpacking the narrative of an episode, but my hope is that it doesn’t happen very often. If this season can focus on a clear story and less on presenting every possible story, it may be able to salvage itself.

The episode focuses on the search for Flora after Matt, Shelby, and Lee find her hooded sweatshirt high up in a tree. The police don’t seem to be much help, and since Lee is a former cop she knows there’s a very small window in which you can find a missing child. After 72 hours you are likely looking for a body. There’s over a thousand acres of woods she can be missing in, and so everyone spends the next few days and nights searching for any clues. Flora’s father Mason is there helping with the search as well.

We already know the woods around the Miller’s house are host to a lot of strange things, but during their search they find more bizarre sights. Lee finds a doll body wearing Flora’s shirt, with severed pig legs and a pig head where a child’s body parts would correlate. It freaks her out. It’s incredibly creepy looking, but goes along with the theme of pig mutilation we’ve seen in the last two episodes. Later they all come across an abandoned farm, where there are more pig body parts, and two wild boys in a barn eating from a pig carcass like wolves. The boys are filthy, and the only word they know how to say is “Croatoan”. The police and social services can get nothing more out of them.

Mason has come to believe the disappearance of Flora is just a big ruse perpetrated by Lee so she can keep Flora. She’s already abducted her from school, and Mason doesn’t put it past Lee to pull off something so crazy. They argue, and then everyone goes to bed exhausted. Matt gets a call in the middle of the night from the police, and when he, Shelby, and Lee go out to the crime scene, they find Mason’s body tied to a tree and burnt to a crisp. At first they think it’s the hillbilly’s again, but Matt finds footage from his security cameras that show Lee following Mason out of the house that night, and showing back up four hours later. It sure looks like she may have killed Mason. As the accusations start to fly, a stranger walks right into the house. 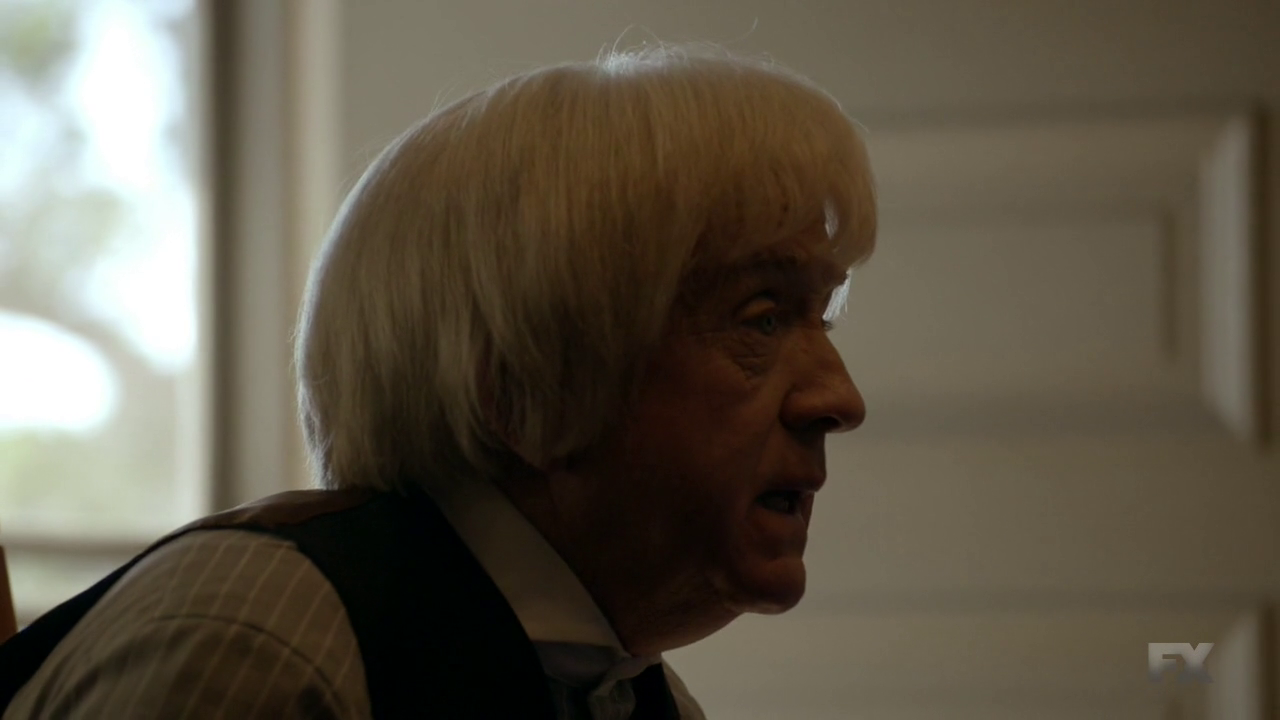 Cricket is a psychic from New Orleans who claims to have been moved to travel there after seeing the story on CNN. He’s a small, strange, flamboyant figure who claims to be able to find missing children, and has the credentials to match. After searching the house, and finding the crawlspace Flora was hiding in talking to her imaginary friend Priscilla, he claims Flora is alive and with Priscilla. Cricket explains that Priscilla is a ghost child who dies in the 1500’s, and he performs a séance to try and contact her. Instead, the evil spirit of “The Butcher” played by Kathy Bates confronts him. The Butcher considers anyone on the land as trespassers and will kill them, which is why Priscilla took Flora off of the land to protect her from The Butcher. All of the windows break in the house, and a candle is split in half like a butcher knife went through it. Cricket tells them he can take them to Flora, but it will cost them $25,000. Matt kicks him out of the house thinking he’s a con artist. As Cricket leaves, he tells Lee, “Emily says hello. She wonders why you stopped looking for her all those years ago.”

It seems Lee’s first child was abducted out of her car in a grocery store parking lot many years ago, and was never seen again. Lee pays Cricket the money, and he tells her some of what he’s found out. The Butcher’s real name was Thomason White and she was married to John White, the governor of the Roanoke colony. In her husband’s absence, she was in charge, but was banished from the colony by another man who took over command. She was abandoned in the woods, and near death, when a spirit came to her and offered to free her if she gave the spirit her soul. She takes the bargain, kills the men who banished her from the colony, retakes command, and moves the colony inland to where the Miller’s house is. She protects the land from anyone who trespasses on it. 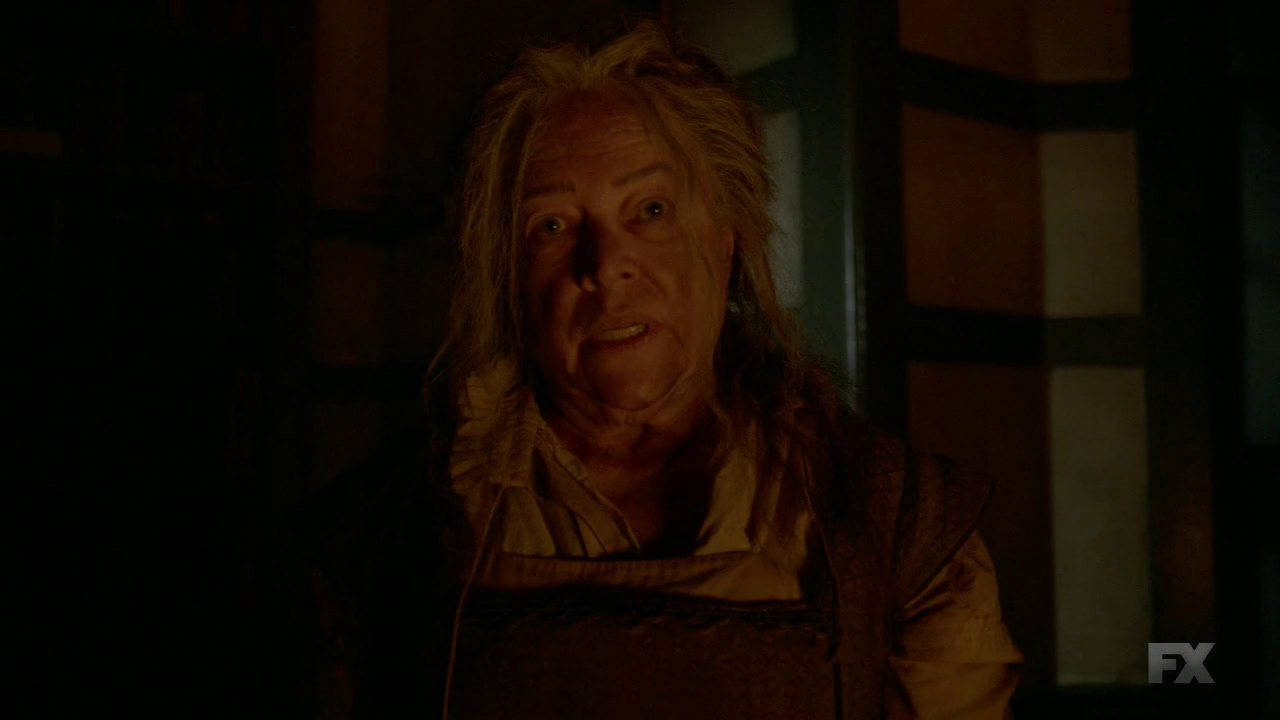 That night, Cricket leads them into the woods to try and talk to Priscilla, but is instead met by the spirit of The Butcher and her men. Cricket makes a bargain with The Butcher that if she gives them Flora, they will leave the land in peace. Lee tells The Butcher she will also burn down the house so no one else ever comes there. Shelby is upset by this and argues with Lee, and then suddenly Matt is gone. Shelby goes to look for him, and finds Matt screwing a hillbilly woman while other hillbilly’s watch. It looks like Matt is in a trance, and when he arrives back at the house he doesn’t remember anything that happened. Lee and Cricket come back to find them at the house so they can go make the deal with The Butcher, but Shelby has called the police and Lee is arrested for Mason’s murder. 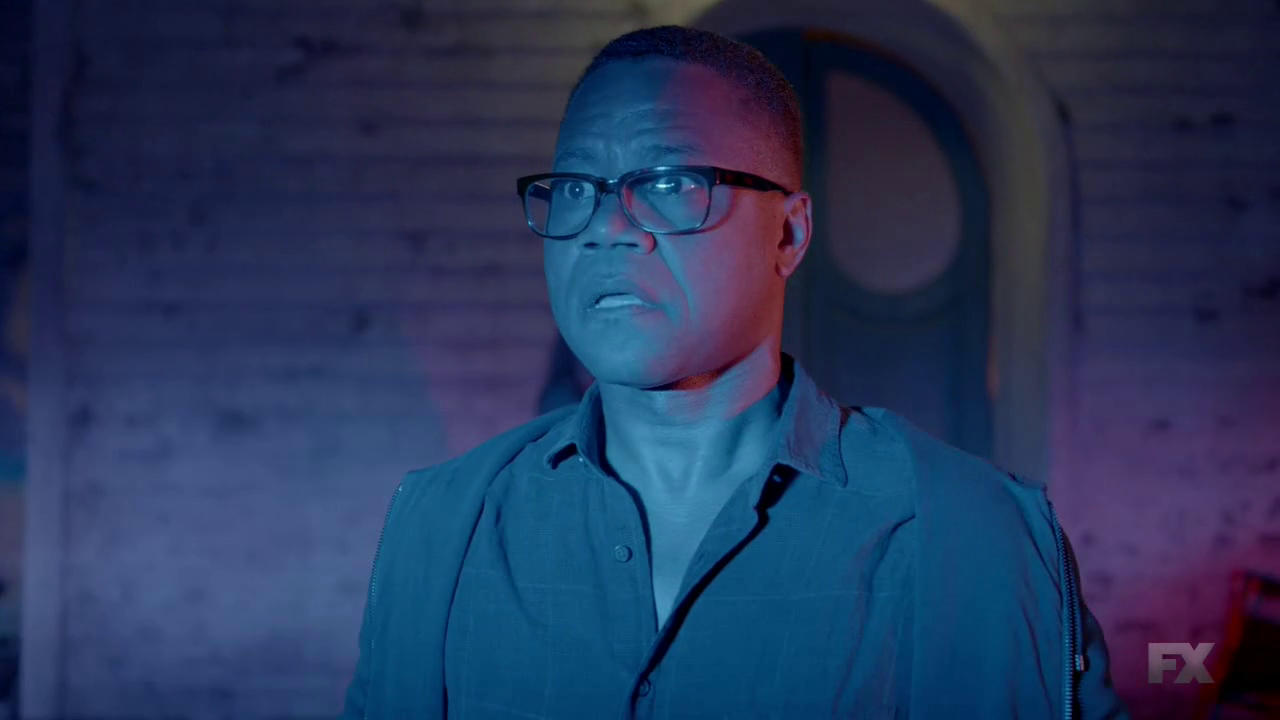 Will they ever find Flora? What happens now that Mason is dead and Lee is arrested for the murder? She must get cleared of the crime since she’s doing the paranormal documentary show, but how? Can Shelby forgive Matt, and will he ever remember what happened in the woods? My only hope is that the show doesn’t get so convoluted it becomes unwatchable like the last few seasons of American Horror Story has been.