There’s something even more terrible in the woods on AMERICAN HORROR STORY than The Butcher and her followers, and it’s been awoken during the week of a “Dying Grass Moon”. The spirits can cross between worlds during this lunar cycle and do harm to humans, but will Matt and Shelby find a way to escape the spirits wrath?

One thing I have to tip my hat to American Horror Story about is they weave a very impressive story tapestry for themselves. The show is dense with history, which all had to be thought out in the writers room before any of the season really took shape.   There are two major aspects of this that are interesting. There’s the land and the blood curse on it that deals with the survivors of the Roanoke colony, and then there’s the house and its previous occupants.

The Land is the domain of “The Butcher” and her followers and is fiercely protected by her to keep trespassers away. This is why the woods are so confusing every time Matt and Shelby enter them. They are purposely disorientating to trap, confuse, or detain anyone entering them so they can be dealt with by The Butcher. Gruesome things happen in those woods. Shelby has witnessed human sacrifice deep inside them, the ghost girl Priscilla lured Flora away in them, Matt and Shelby found the farm with the wild boys on it, and last week Matt wandered off only to be found having sex with the Witch of the Woods while a bunch of hillbilly’s watched. The woods are full of terror, so the Miller’s retreat to their house for safety. 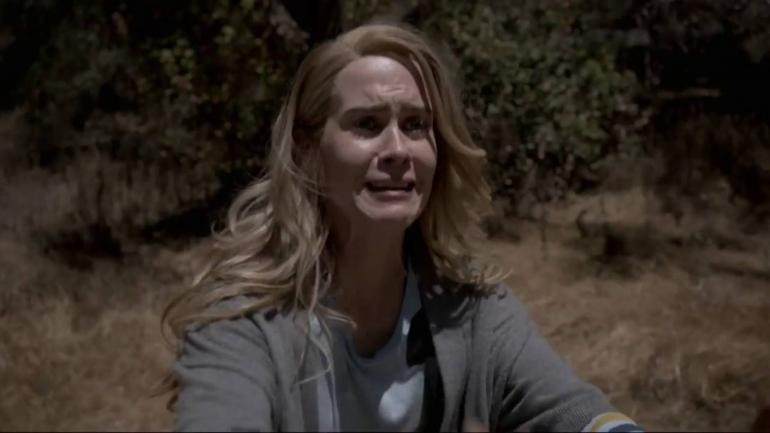 The problem is their house isn’t the safest of places either. They’ve been terrorized by apparitions, a strange beast outside of the house at night, and The Butcher’s followers ever since they moved in. They are unwanted guests, or trespassers on The Butcher’s land, and at the beginning of this episode they are attacked by the man with a pig’s head inside their own home. Matt tries to fight him off, but it’s no use, just as they are about to be killed by it, a stranger comes to their rescue out of nowhere and sinks an axe into the creatures back. When it doesn’t die the stranger yells “Croatoan” and the pig man disappears. This is Elias, the crazed man from the videotapes, and previous owner of the house.

Elias is almost like a guide to the house, the curse, and the history behind and location of everything. He’s the Miller’s Virgil as he guides them through the hell inside of the house and land they purchased. He’s painstakingly catalogued all of the previous owners, the history, and the murders or disappearances connected to the house since the 1700’s. There’s a secret passage in one of the walls where he has a hidden storeroom with all of his notebooks and findings that relate to the house. What he’s found is that every year during the same lunar cycle the murders and disappearances all take place. There’s the Asian family in the 70’s who bought the house and all went missing, the hunters who turned their guns on each other, the psychotic nurses, and so much more. All of these instances happened during the “Dying Grass Moon”. It’s a week long lunar cycle event that begins with the new quarter moon and ends on a Blood Moon. During this time the spirits are able to cross into our world, physically manifest, and murder humans. This cycle is happening right now. 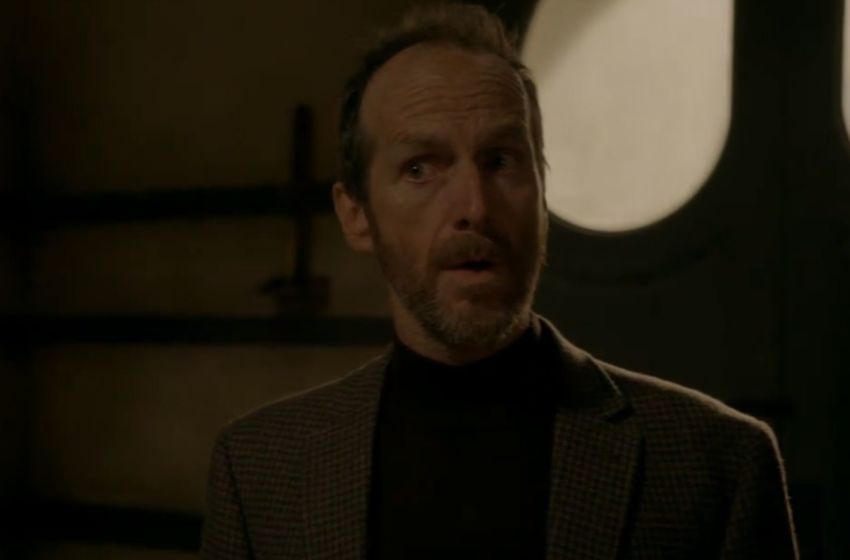 Beyond just being the historian of the house and the land around it, Elias is also able to navigate the woods and knows all of the secrets and rules of how to get through it all safely. He also knows where the ghost girl Priscilla plays, so he takes Matt and Shelby to go see if they can find Flora. They do find her, but they find a lot more than they bargained for. When you look out how the universe in this season of American Horror Story works, you have to be in awe of all of the rules, the ins and outs, and the history built into it. There are so many unexplained aspects still to be explored. What are the voices in the woods they hear? Why do the dead victims of The Butcher congregate in the same location? Why do The Butcher and her followers so rigidly kill or scare off every person who lives on the property? What is it they are protecting?

Elias is one of the more interesting characters in the season, so it’s sad he ended up being killed by The Butcher’s followers right when they spot Flora playing amongst the dead. On a positive note, no one ever really stays dead here. Elias will likely reappear in ghost form to either help the Miller’s or show them things they need to survive. Even the psychic Cricket is no match for The Butcher’s followers. He’s tried to bargain with her in the past, so he feels safe, but he realizes The Butcher isn’t really in charge of everything. There’s something more powerful behind her and the curse on this land, and when he confronts that person, she shows him the true history of it all. 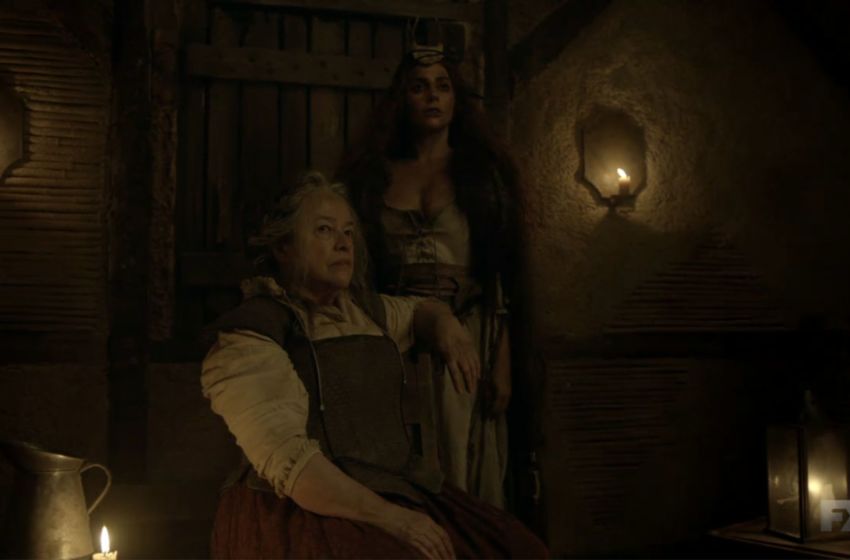 The Dying Grass Moon is upon them though, and not even Cricket can walk the woods safely. The Butcher is out for vengeance, and she has Flora. What does she want with Flora? Matt and Shelby are confronted by The Butcher and her followers at the house, and Flora is able to run into the house thanks to Priscilla. They’ve killed Elias, and now they kill Cricket as the Millers watch. Are they going to be next? If not, how do they escape the fate The Butcher has decided for them? Is the answer somewhere in the house? American Horror Story has taken a bumpy start to the season, and turned it into an intriguing mystery.