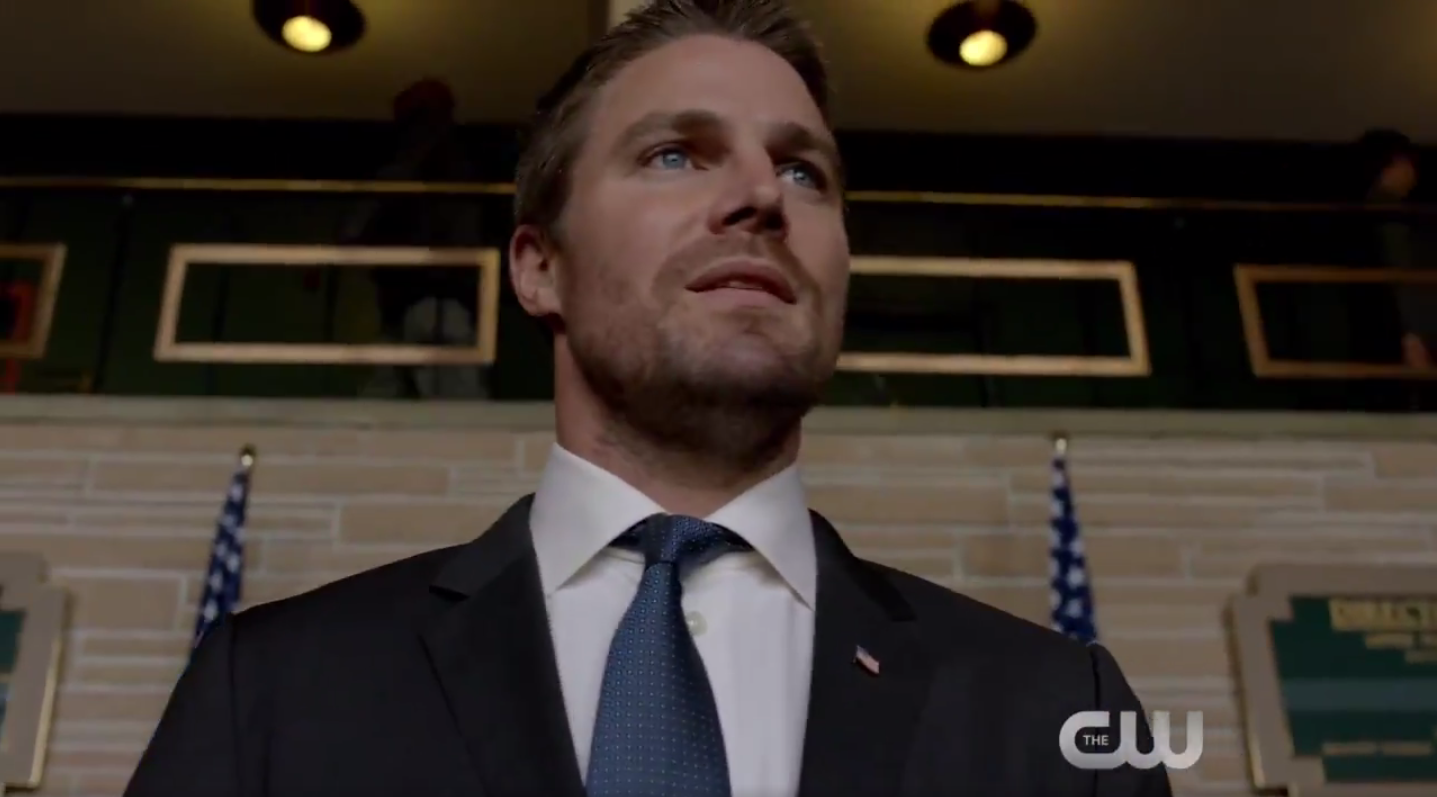 Well, at least by name. In a new scene released from tonight’s episode of the CW superhero series, Oliver Queen (Stephen Amell), who is now mayor of Star City on top of being the vigilante known as the Green Arrow, has to face the press on whether he has a superhero alter ego or not after footage of him in action surfaced online.

“Photos can be doctored,” Oliver tells the crowd of reporters. “They could have put Bruce Wayne’s head on that body. Has Bruce Wayne left Gotham to hang out in Star City recently?”

Boom, and just like that, Batman is now part of Arrowverse canon.

Of course, this is not the first time Arrowverse shows have made references to Batman (or a handful of other DC superheros, like Aquaman) existing in this universe, though it’s certainly the first time anyone’s uttered the words “Bruce Wayne” out loud.

Earlier, Supergirl referenced a vigilante with gadgets, a mask and a voice-changer that Kara’s cousin (that would be Superman) had worked with, while Legends of Tomorrow’s Rip Hunter spoke of watching “men of steel die and dark knights fall.”

There are many more examples. Luckily, Youtube user The Black Lion has a handy compilation.

This certainly is not a guarantee that Bruce Wayne will be showing up on any of the Arrowverse shows in the future, but if history is any indication, it could be the first major step to that becoming a reality at some point down the line.

See the new Arrow scene and a compilation  of past Batman references on Arrow, The Flash, Legends and Supergirl below.

Arrow airs Wednesdays at 8 p.m. ET on The CW.

Mayor by day. Hero by night. Stream the #Arrow premiere before tomorrow’s new episode on The CW: https://t.co/zCi32rKGdv
pic.twitter.com/2cEQUQbTFk