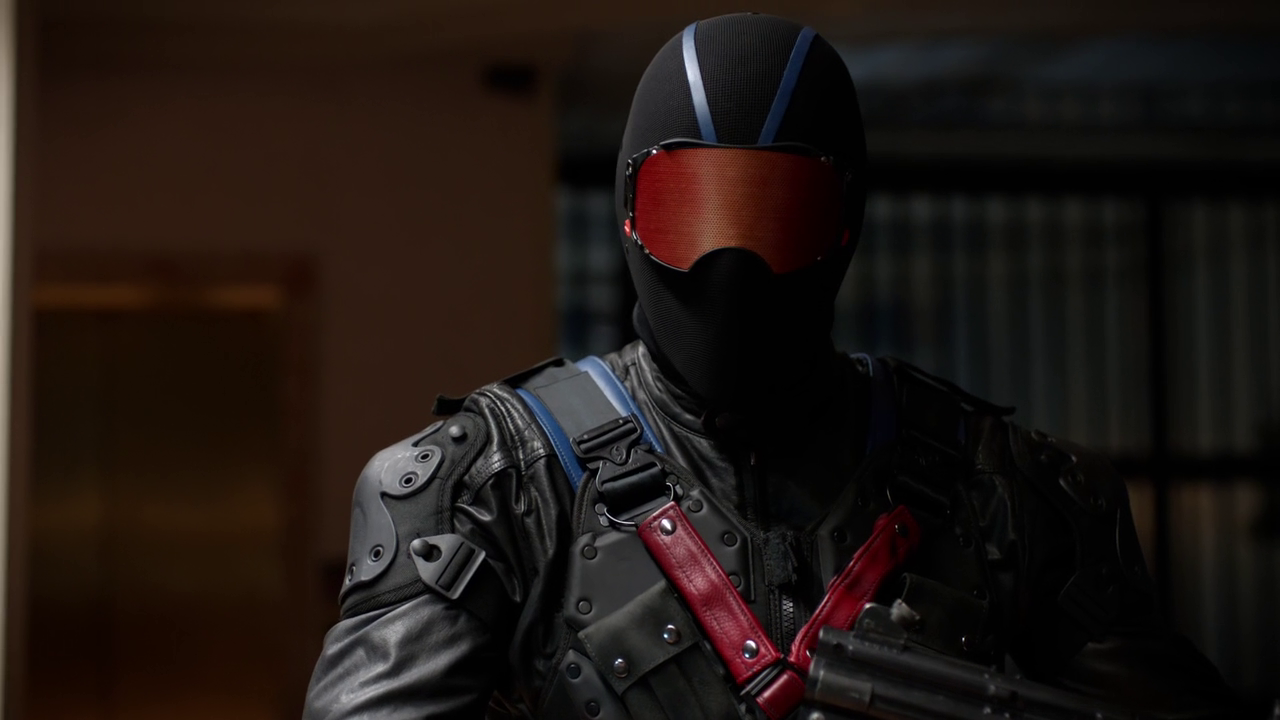 (Spoiler alert: Do not read on if you have not watched Wednesday night’s episode of Arrow, titled “Deathstroke Returns.”)

Another one of Star City’s masked gunmen has been unmasked. On Wednesday night’s episode of ARROW, the identity of the mysterious villain Vigilante has finally been revealed.

The reveal is a logical one – though some fans on social media have deemed it rather underwhelming – since the first and last we saw of Vincent was in flashbacks in the episode “Second Chances” from Season 5.

While working together undercover in Central City, Vincent was shot in front of Dinah just as the gunman Sean Sonus (and everyone in the room) had been hit by the particle accelerator explosion that turned Barry Allen into The Flash and gave Dinah her own powers, among other metahumans.

And the explosion also saved Vincent’s life, apparently, but it did not stop him from turning into a cold-blooded killer that’s out for justice in the complete opposite way that Team Arrow does things.

There has long been speculation about the identity of Vigilante, with most people assuming Adrian Chase (Josh Segarra) was the man behind the mask, since he is, in the DC comic books.

But when Chase was revealed to be the even more evil villain Prometheus, the mystery of Vigilante lingered, with fans guessing everyone from Curtis’ husband Paul to Quentin Lance to Felicity’s own dead cop boyfriend Billy Malone.

But hey, at last one fan on Youtube got it right.

Arrow airs Thursdays at 8 p.m. ET on The CW.