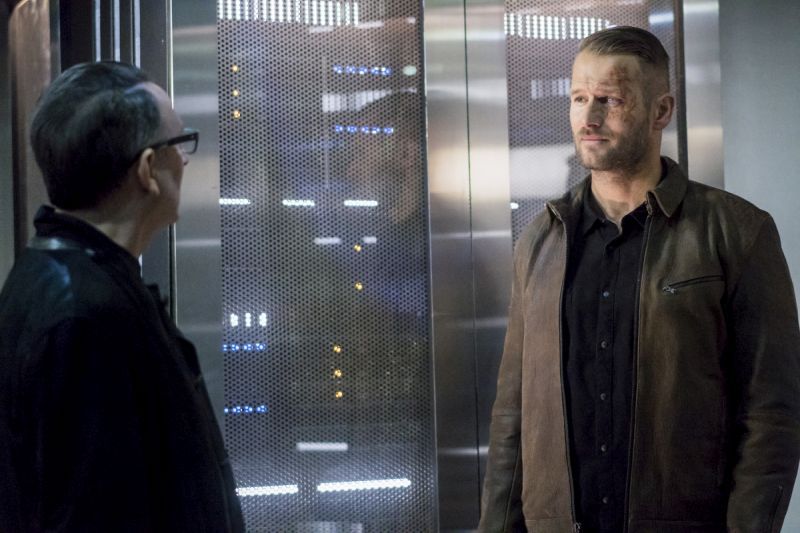 I’ve been pretty tough on Arrow‘s sixth season, and I think for good reason. After the major decision to kill off Black Canary, I wasn’t sure if the show would survive. But from the introduction of the new Team Arrow to formidable villains, this show had been soaring in recent years. And then came season six. Last night’s “All or Nothing” was probably the darkest and most contemplative Arrow in a while. It really is a slow burn here.

It’s been a while since Arrow has had a flashback structure. A few years ago, we track the moments on the force when Vince/Vigilante first met Dinah Drake. The two go undercover and a romance also blooms. Dinah has been a pretty tough, hard-nosed character so it’s nice to see her be that but also express more tender moments.

In the present, meanwhile, Vigilante also has been working undercover in conjunction with the Dinah-half of Team Arrow. He’s been gathering intel about Cayden’s plot to release a huge bomb on Star City. I think of this week’s episode as a stakeout episode. The first three-quarters of the episode move slowly and mostly rely on character work instead of action. And while there are some problems: Sometimes the flashbacks cut in and out far too quickly, without much time to soak in either timeline. In addition, the idea of Star City itself as a physical space seems to be eroding by the day. It feels like I haven’t seen a single regular citizen a weeks.

If indeed a bomb did go off in Star City, would any of its citizens even notice? 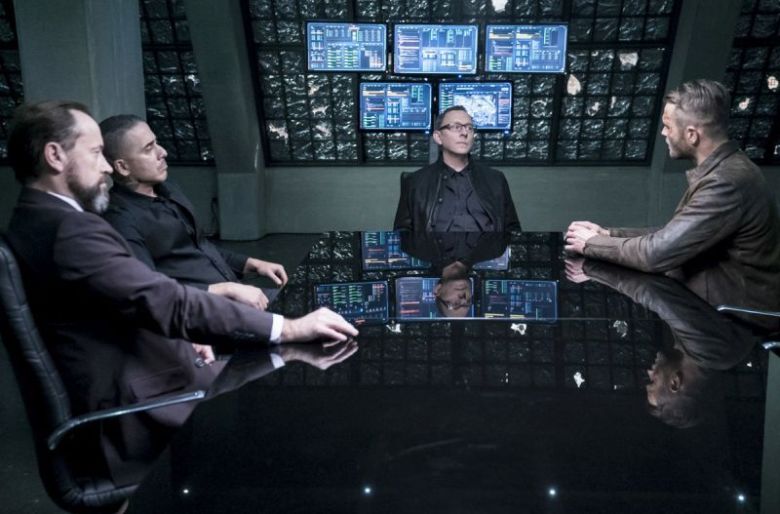 Nevertheless, when the action this week does kick off, I thought it delivered by far and away the best moments of the season. Vigilante sneaks into a computer room and gets some valuable intel which he sends back to Felicity. Cayden James walks in and questions Vigilante, who smoothly parrots back computer-speak that Felicity delivers in his ear. With his plan complete, Vigilante attempts to sneak away back to Arrow HQ, only James calls him back for one more thing. Before he knows it, he’s knocked out cold and brought into a room where Anatoly sets on torturing the truth out of him.

As Dinah starts to worry about what’s holding Vince up, Team Arrow seems intent on following a lead to stop the huge bomb. Here, I wish Oliver would have shown a bit more empathy towards Dinah. It basically came down to whether the team would save millions of lives or one. Well, ya, but countless times in the past, Green Arrow has found a way to at least try to save Star City’s masses as well as those closest to him. He just came off as surprisingly cold here. Instead, only Rene and Curtis agree to help Dinah break him out.

Anyway, Vince is able to weather the torture, that is until Black Siren sonic screams him into a pike and then continues to scream into his ear until even all his self-healing power is no use. It was probably the most brutal death I can remember in a while and it was just as I was starting to like the Vigilante. As for Dinah, she can only watch from underneath some rubble. Black Siren and Cayden James flee just as Curtis and Rene arrive to save their friend. 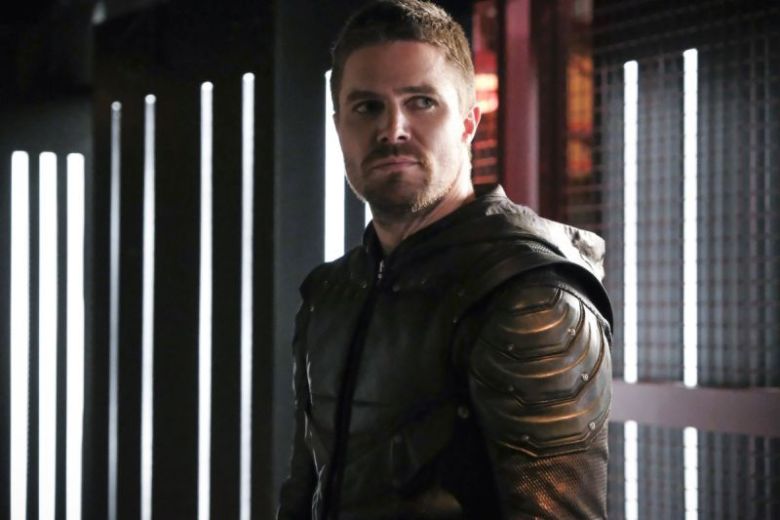 Black Siren was also at her most interesting in this episode. While near the end of the episode she takes Vince’s life, earlier we find her following Lance around. Lance is still doing his old “That’s my girl, Laurel” act, but at least in this episode, he isn’t just brooding over pictures and rather is actually being (pro)active. He lures Black Siren to a space where he projects old photos of Laurel onto a screen. It seems like for a moment, Black Siren is really affected. And of course, this comes on the heels of Black Siren sparing Lance’s life a few weeks ago.

That’s what makes that later scene with Vince so strong. Not only does Dinah lose a loved one just as he seemed to have turned the corner, but the promise of Black Siren’s reform erodes away as well. Dinah vows to avenge Vince’s death, starting with taking down Black Siren. This particular tension and the fallout from Ollie’s decision seems far more interesting than any plan Cayden James could ever hatch. Whoops.