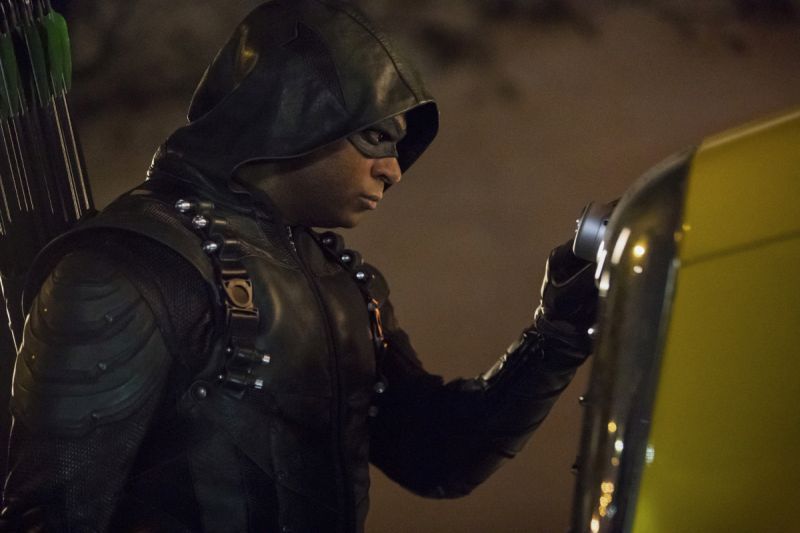 For those who loved John Diggle as the Green Arrow in that “Invasion!” episode last season, Dig as Star City’s last best hope has come to roost for real this time around. Only, don’t expect him to have the same swagger. This Diggle is dealing with nerve damage and has generally lost his mojo. On the one hand, this is kind of frustrating. It would be hard enough for Ollie’s righthand man to fill the Green Arrow’s shoes on a normal day. But with physical and mental problems? It’s darn near impossible.

On the other, I feel like the normally rock solid Diggle is being humanized more this season. The last time this many layers were stripped away, Dig was dealing with his on again off again brother Andy. Anyway, in Dig’s first challenge as the man under the hood, he and the team have to deal with Onyx, a former CIA agent, who gets her hands on some toxic gas that she plans on unleashing. Seems straightforward enough. Only, in Team Arrow’s first confrontation with Onyx and her gang, Dig goes stiff in the field, allowing the bad guys to escape. 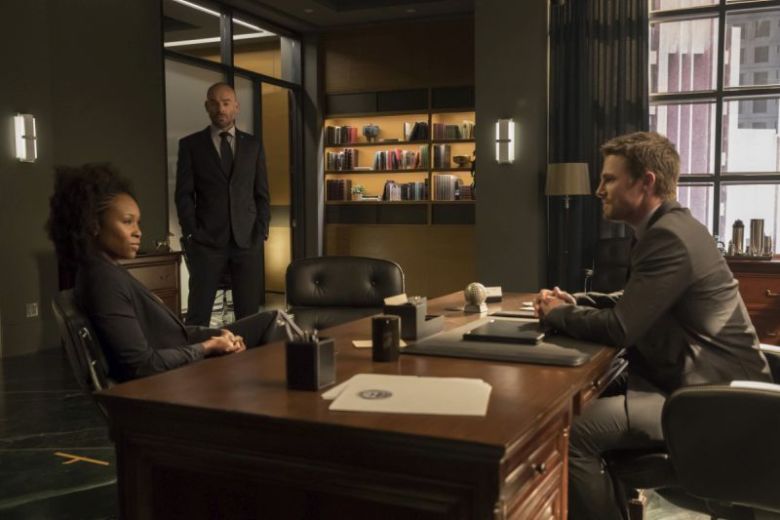 Back at headquarters, the team is confused but also more than a little bit angry. Rene, as usual, is the angry one and distrusts this current Dig so much that he goes to Oliver hoping he’ll make a return. Oliver confronts Diggle, but mostly just gives him a run of the mill peptalk. As far Ollie’s concerned, his friend just has some cold feet. Dinah is especially concerned about Diggle’s current state, but he assures her that it won’t happen again.

In a final run in with Onyx, Diggle is much more spry and in an early season highlight action scene, goes back and forth with Onyx in and around a limo, daggars and knives slamming in and out of the roof of the vehicle while a poor passenger cowers. It’s also pretty awesome when Dinah uses her siren to propel Diggle through the air. The duo have good chemistry, and I wonder what will happen down the line with those two.

Speaking of chemistry, I’m a bit uncertain about the return of Oliver and Felicity, or better put “Ollicity.” Six seasons in, Felicity’s awkward act around Oliver doesn’t play the same. She’s not exactly wet behind the ears anymore. She’s run an enormous company, worked with notorious hackers, fallen in love and lost her lover, and even lost her ability to walk for a time. She and Oliver also have plenty of history together. To see her act in such an awkward way just didn’t play for me. Things have totally changed, and the show needs to act like it. 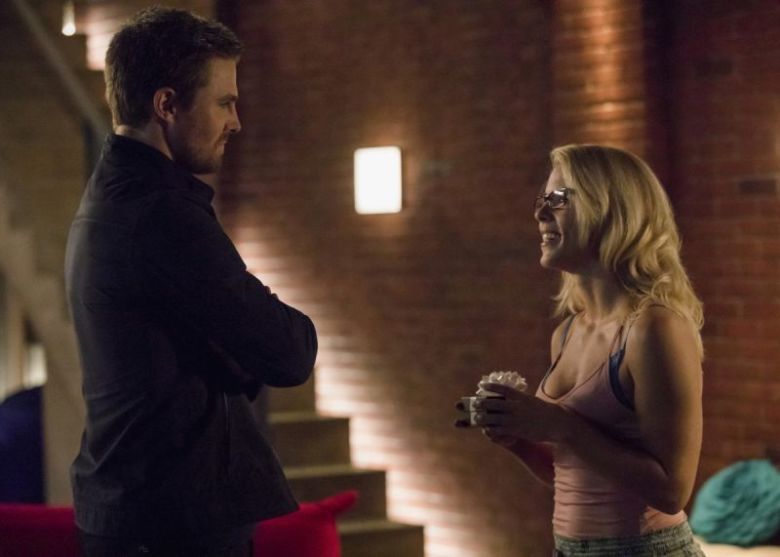 Anyway, for much of the episode, Felicity tutors William, who ends up doing very well in school. Ollie wasn’t sure how William would react to their relationship but ultimately decides to give Felicity a key to his apartment.

As for John Diggle, the last few frames of this episode made the episode. We see Diggle in an alley being injected with a drug that strengthens his wrist. So much for overcoming his problems the natural way.