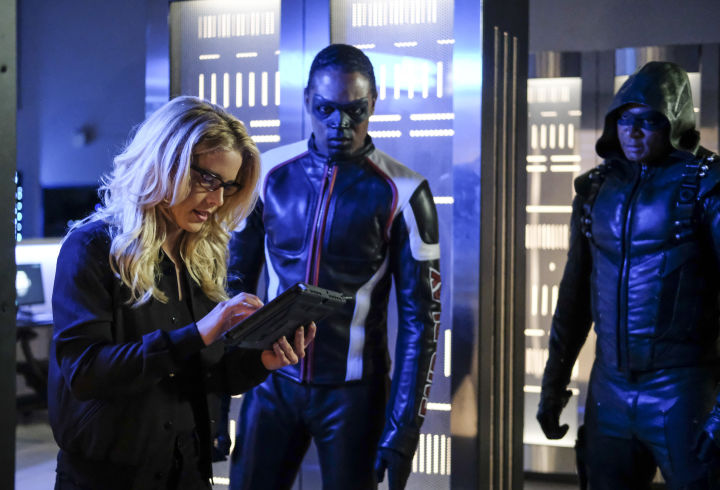 Arrow’s sixth season is off to – well – an interesting start. On the plus side, I like Ollie passing the torch of the Green Arrow to Diggle, at least in theory. I also like the resurrection of Oliver and Felicity (Olicity, If you will) as a thing. But Diggle as the Green Arrow works if he doesn’t just feel like a placeholder. Similarly, Oliver sidelined only works if the show fully commits to it. In last night’s “Reversal,” it feels like neither element fully happens.

Instead, it actually feels like Felicity is front and center. Felicity’s hacktivist on again off again friend Alana resurfaces and asks for Felicity’s help stopping in stopping one Cayden James from killing millions of people. I have to say I was totally pumped to see Michael Emerson as Cayden James, the mysterious and evil tech wiz. I still think the character needs a lot of ironing out (right now he’s mostly coming across as a generic tech mastermind) but Emerson happened to play one of my favorite television villains of all time – Benjamin Linus on Lost. Between Lost and Person of Interest, I’m pretty much superimposing those great and meaty characters on Arrow’s Cayden James. Down the line, I’m hoping we’ll find out more about James and what really makes him tick. 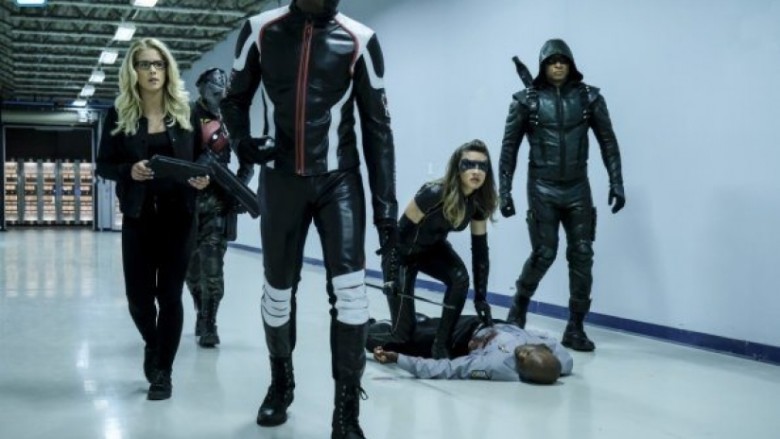 For now, all we now is that he wants to take down the internet, which in turn would actually cause a real disaster, not the one promised by the dud that was Y2K. James enlists the help of Black Siren, who’s running around town taking out several seemingly unrelated Star City citizens for their fingerprints. Team Arrow always seems one step behind Black Siren, and disappointingly, Diggle’s own mental and physical demons don’t come to roost at all. Frankly, we don’t get much time with Dig as Green Arrow to begin with. Dinah squaring off against Black Siren is always fun though.

Meanwhile, Felicity and Alana get an assist from Oliver, who steps into a tech role and serves as Felicity’s assist man. It’s pretty brave for Arrow to put its main character in such an ancillary role and for the most part I brought the reversal (heh, get it?!) In fact, Oliver’s domestic drama with William, while interesting, was growing a bit stale, so it was nice to see Oliver back out in the field – well kind of. I only wish we got more of an insight into exactly how Ollie feels being out in the action again. Just a few personal moments would have helped with that I think. 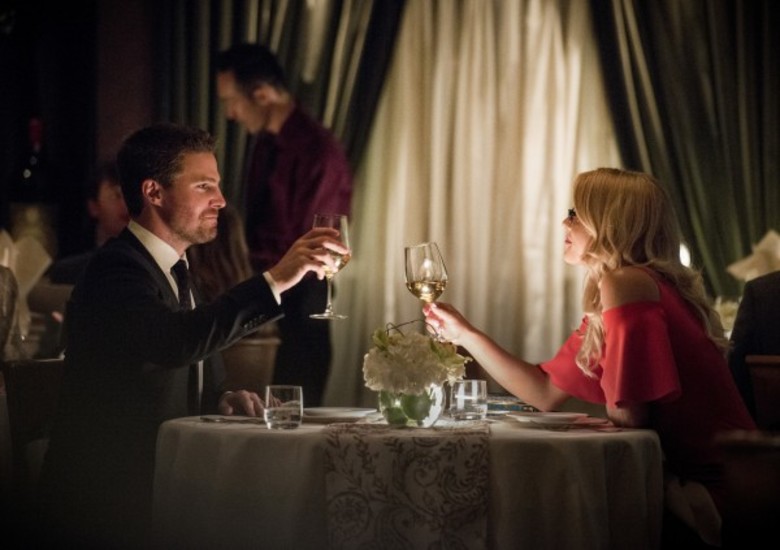 In between the action, Ollie and Felicity go on a date at a chic restaurant and in a fun meta moment, a woman at a restaurant says that she’s glad the two are back together.

Ultimately, this episode really embraces the more ensemble format that the show has played with in recent seasons. Team Arrow, Oliver and Felicity, James and Black Siren all split time and space on last night’s “Reversal.” For now, I’m okay with Ollie playing more of a side role and Dig as the Green Arrow. But I still feel like the show could do a bit more to show that it’s committed t these two characters.. I really am amazed that Dig’s problems didn’t come to roost at all this week, after that brilliant tag last week that featured Dig getting an injection in an alley from someone off screen. Oh well. On the plus side, it looks like we’ll be seeing plenty more of Cayden James, which means plenty more of Michael Emerson.

Oh, and at the end of this episode, Oliver gets a call from Slade Wilson, who asks for Ollie’s help. So much for Oliver taking time off to spend with William.