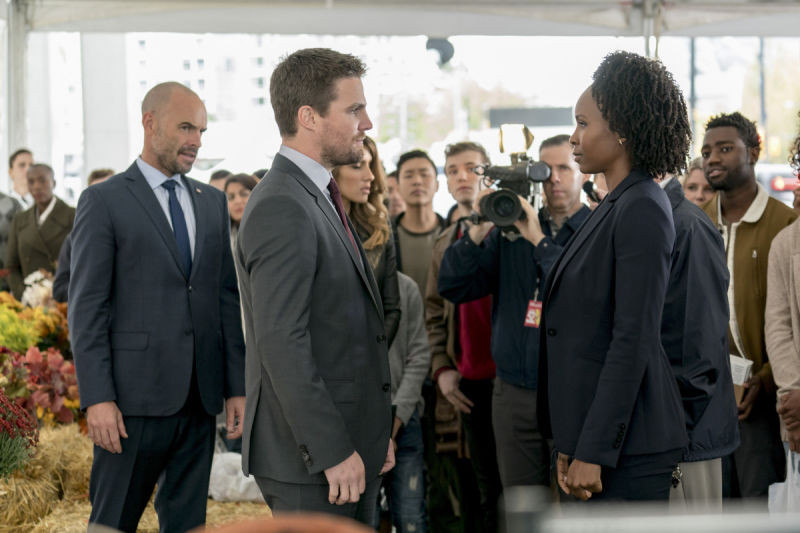 Real life brought us Turkey Day — full of stuffing, mashed potatoes and gravy — and so too did Arrow. That’s right, it was a Thanksgiving-themed episode on this week’s Arrow. And while things begin benignly enough with Mayor Queen and his son William doling out food to the citizens of Star City, it’s not long before things get real. FBI Agent Samantha Watson arrives on the scene with an arrest warrant for our favorite superhero. It seems Watson still (correctly) believes that Ollie is the Green Arrow, despite Dig’s work over the early course of this season and Team Arrow’s tightlippedness. Much more so than Black Canary and the emerging Cayden James, Watson is the most robust antagonist of season six so far.

Speaking of Black Canary and Cayden, with Ollie somewhat down for the count, Team Arrow fights to stay one step ahead as Cayden plans to plant a bomb at a Star City stadium. Behind the scenes, Oliver finally finds out about Diggle’s injury and the steps he took to hide it. At first, he tries to lecture Dig but Diggle stands his ground and tells Oliver that he only owes Team Arrow an apology. No one else. Later, though, with not much added motivation, Oliver does a 180 and thanks his friend for his bravery. Oh, and Curtis tries to cure Diggle’s wrist problem, but might have just ended up making things worse. 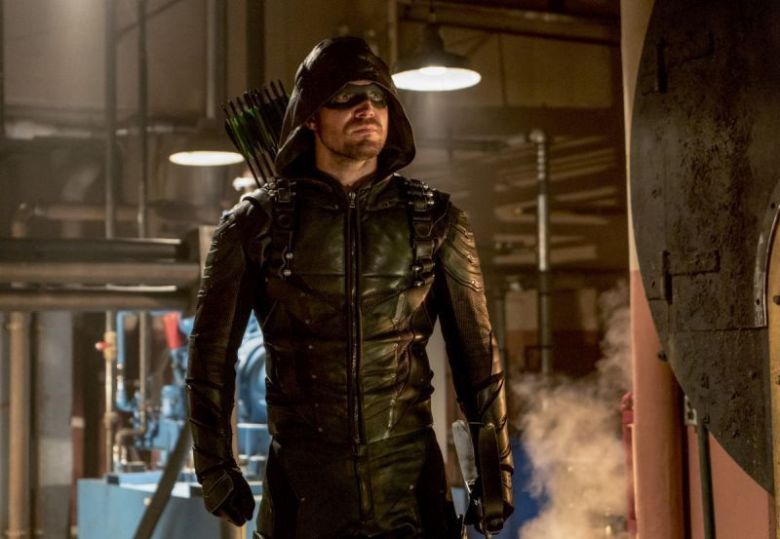 Mostly, though, I feel like the Diggle injury storyline wasn’t given proper treatment. The team wasn’t nearly as upset with him as they should have been, and even when Oliver finds out, the tension barely is sustained for more than a few scenes. I still don’t exactly get what motivated Ollie to all of a sudden apologize. Then there are logic problems like the fact that Diggle went to the underworld for a fix first, when he has people like Curtis, Felicity, and even his own wife’s technology resources at hand.

Oh, and Oliver finally puts on his Green Arrow costume for the first time in a bit, and plays a leading role in figuring out what Cayden wants. As it turns out, the whole bomb thing was a ruse and just a way to get Oliver’s attention. Like pretty much ever other villain Ollie has tangoed with, Oliver, too, has history with Cayden. Though Ollie claims he doesn’t even know the guy, Cayden says Oliver is responsible for the death of his son. 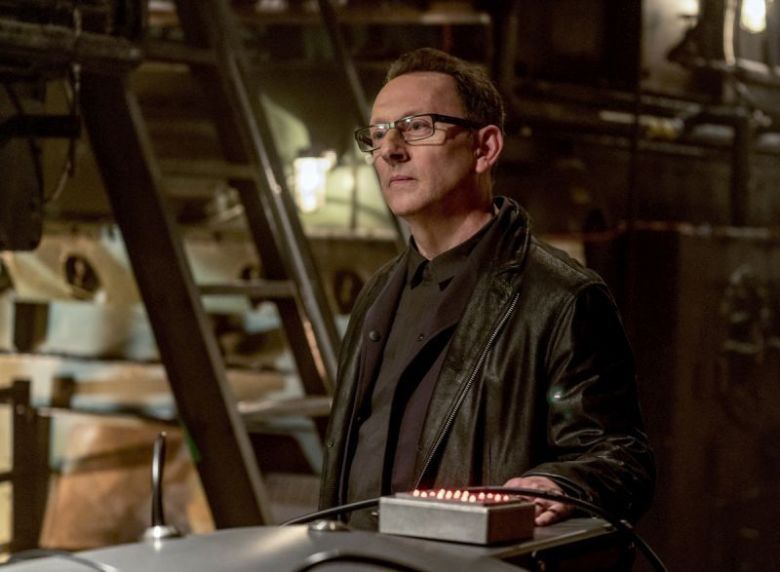 The episode ends on an interesting note. Remember Thea lying in a comatose state in a hospital? I did. Barely, though. Well, she all of a sudden decides to wake up on Thanksgiving. It’s not the Lazarus Pit this time but just the right cocktail of brain meds. As for Diggle’s role as the Green Arrow, Oliver still says the job is his once he gets well, but it’s unclear if he ever will. This felt a bit strange for me, in that it felt like that storyline was coming to a close and now the show insists on keeping it alive. So there’s that.