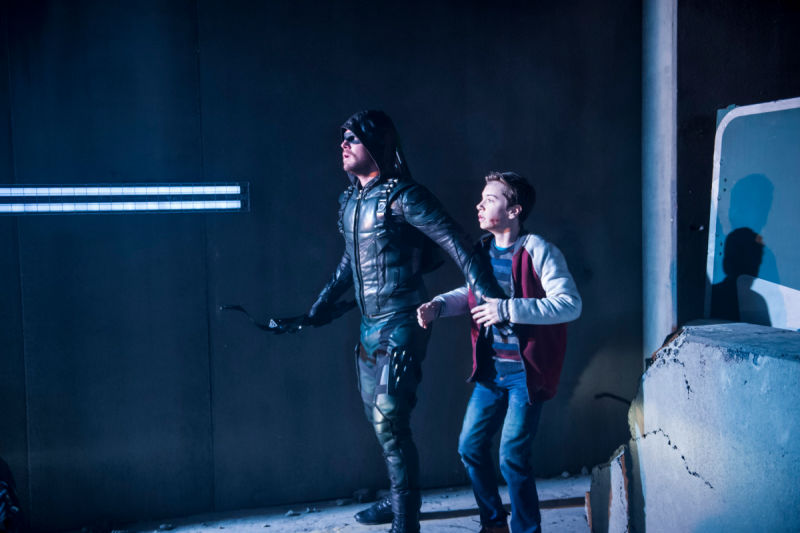 With last night’s Arrow, “We Fall” (a continuation last week’s “Divided”), we’re now eleven episodes deep into Arrow’s sixth season and I’ll be honest. I’m worried. It’s not just that Arrow has seemingly abandoned Ollie’s departure from his vigilante ways (Dig is apparently healing but not all the way healed). He’s fully embraced the suit again, only without the emotional turmoil one would expect. This totally feels off kilter when later, William, Ollie’s son we haven’t seen for a little but, but last we check in, was all but certain that Ollie had given up the Green Arrow for good. In “We Fall,” William discovers, that, no, Ollie is still very much getting himself into dangerous situations on the regular, doubly dangerous now without much of a unified and healthy team to back him. But again, because Oliver’s own relationship with his alter ego hasn’t been carefully tracked in recent episodes, William’s own reaction just doesn’t have the same impact.

There are other problems too with the current state of the show. Cayden James (and the brilliant Michael Emerson), just doesn’t match up to the villians we’ve come to expect from Arrow. Prometheus was great. Slade… terrifying. Darhk, seemingly impossible to beat. First off James, with his gripe that Arrow is somehow responsible for the death of James’ son, is exactly the same gripe that Prometheus had. We’ve been here before. What’s more, because James doesn’t have the fighting skills of any of the other aforementioned villians, he relies heavily on muscle — that of Black Canary, Vigilante, Anatoly etc. Only, the show tries to have it both ways. In this episode, all of James righthand men (and women) are mysteriously absent, as James takes control of Star City’s internet, and starts wreaking havoc on everything electronic. It’s a cool, if not familiar, idea, but because James was introduced as this autonomous genius from the beginning, I don’t completely believe that he’s such a match for Ollie minus all the help he’s gotten in the past. In a one on one between Green Arrow and James I’d pick Arrow ten times out of ten. I can’t say that about some of Ollie’s past foes. 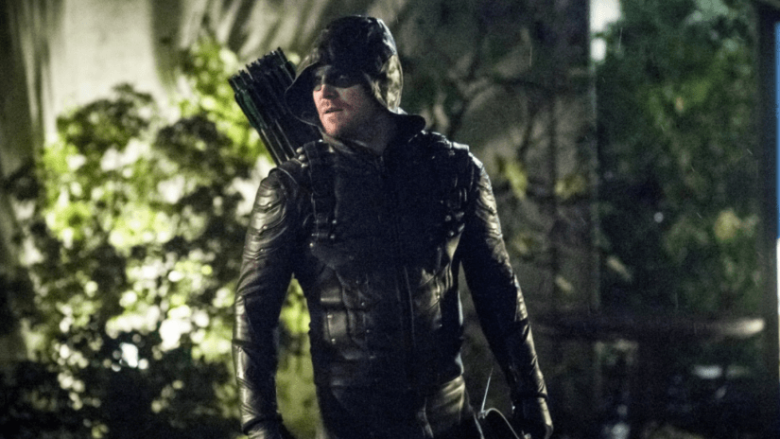 But anyway, as I said, James hacks the internet, sending Star City into chaos. I would have enjoyed to see a bit more of this chaos up close. Apart from an elevator gone haywire and a funky subway scene, there could have been a few more scenes of chaos that showed just how much of an impact James’ hack was having. This would have gone far in really selling us on how formidable of a foe James actually is. With a city on edge, Ollie works at times with the new separate team of Rene, Dinah, and Curtis. There are times when the younger Team Arrow has intel that Ollie doesn’t, and so is forced to put aside his pride to put a stop to James’ chaos.

When William gets swepped up in the danger, Green Arrow of course steps in, leading William to discover that his dad is still putting his life on the line. He’s upset, concerned, and angry, but because on Ollie’s end, we haven’t quite known what taking up the mantle again has meant to him, it just doesn’t fully add up. 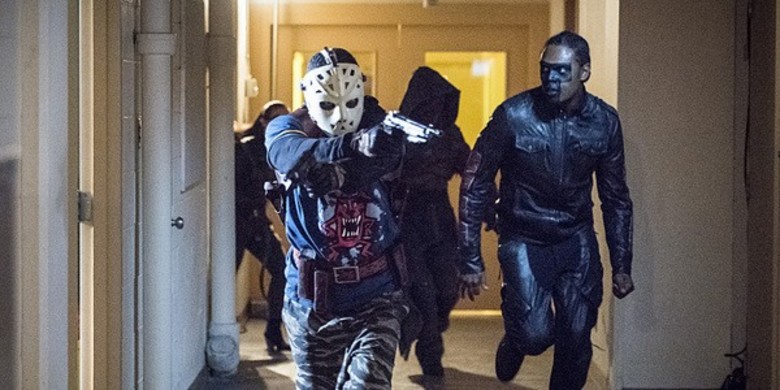 Thea plays a minor role in the episode, working the administrative side with Lance. I kind of miss Thea being out in the field, and with Ollie pretty much working on his own these days, it seems to be it would be a good time for a brother-sister reunion. Overall, I’m hoping Arrow injects more life into James in these coming weeks. Arrow’s villians have just been so good in the past few years and with Emerson’s pedigree, the show should find some ways to really sell us on Cayden James.