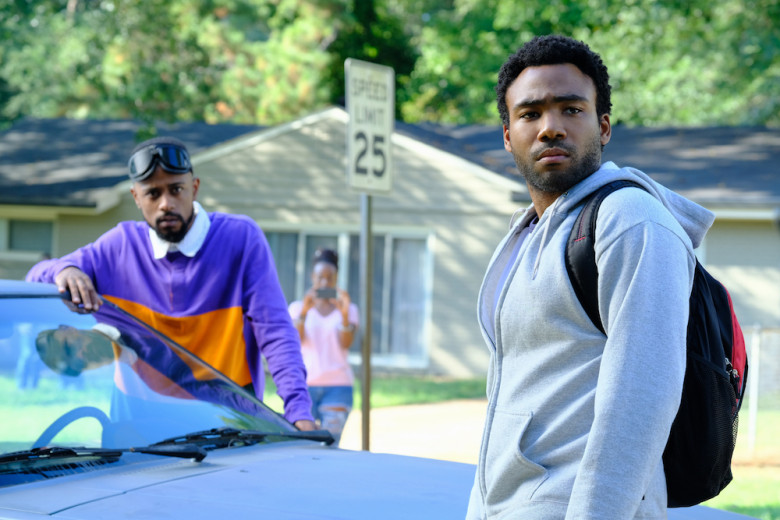 It’s robbin’ season on Atlanta and it’s made pretty clear why. “Alligator Man” pulls us back into Earn’s (Donald Glover) surreal, dangerous odyssey and he’s no less homeless. Not missing a step in the year plus it’s been off air, the biggest thing I’m happy about is that Atlanta didn’t lose its quirky sensibilities.

As Darius (Lakeith Stanfield) pointed out, as Earn and him fill up his car while looking at a crime scene, Christmas is nearing. And as Christmas nears, it’s robbin’ season in the city of Atlanta as “everybody gotta eat”. Nothing makes that clearer than the opening five minutes of two friends who decide to rob a fast food joint. The tense opening mirrored the opening of the previous season. And as one of the robbers engaged in a firefight with the manager of the restaurant, I was reminded of this Kendrick Lamar song that he did with U2 as well as this Lou Reed song. If there was ever an argument for gun control, it’d be made with these opening five minutes of a manager of a chicken joint wielding an AK-47 against the robber. Not only that but he never manages to hit with one bullet either as he destroys much of the restaurant he works at.

Picking up where we last left him Earn is being kicked out of the storage space he’s living in after the owners know that he’s been living in it. With that, Earn heads over to his cousin’s, Alfred “Paper Boi” Miles (Brian Tyree Henry), to find out that Darius and Al aren’t on speaking terms at the moment. With Earn needing to see his parole officer over a small infraction with a joint. Still broke, Earn can’t pay back the mandatory classes he must attend and tries to stay over Al’s place through Darius which he fails at. When Darius inquires about Earn’s parents, Earn tells him that they’re heading to Florida to visit his dying uncle. Upon warning Earn to tell them to watch out for Florida Man, Darius regals the tale of Florida Man to Earn. Earn asks Darius why anyone would act that crazy upon hearing Darius’ sordid story to which Darius says it’s a conspiracy between him and the state government to prevent black folks from voting. 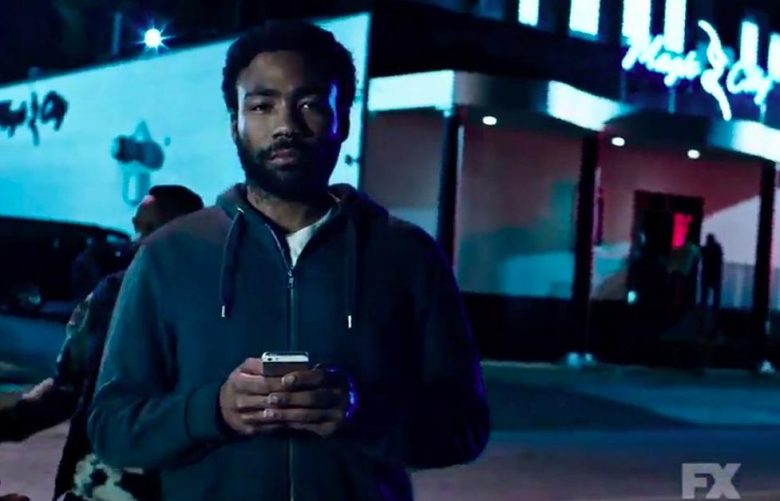 After meeting his P.O. and Earn gets a call from Al to check up on Willie as Yvonne (Monique Grant) called Al saying she’s been kidnapped by Willie. Darius (who senses intense vibes) and Earn head over to Willie’s who turns out to be none other than Katt Williams himself. Earn has to explain to Willie that Al is on house arrest and can’t come to visit and the reason they are there is because Yvonne called. Willie explains that Yvonne is locked up as she stole fifty dollars from him and they are the only one’s who were in his house at the time of theft.

After getting the keys from Willie, Earn opens the door and has to remind Yvonne that they’ll all be in serious trouble with the fuzz if she went around screaming kidnapping. Unfortunately, the next-door neighbor did call the police on a domestic disturbance. Knowing Yvonne took the money, Earn given a hundred dollars and tells her to give back the fifty to Willie.

The situation escalates with the whole neighborhood watching with Willie refusing to step outside and talk to the police. The neighborhood tells him that he has an alligator and is known as Alligator Man. Earn barters with the police that he needs five minutes to talk to his uncle Willie which he gets. Earn tells his uncle that he’s on probation and that if something pops off he needs to let him know. Willie tells nephew that he’s not crazy like Florida Man and that he knows the law and that’s why he’s staying in his house. When Yvonne gives Willie the money back urging him to listen to Earn as Willie is hiding a lot, Willie goes off about the money. This prompts Yvonne to leave and tell the police that she’s been kidnapped despite just telling them that she was fine.

With Earn flipping out as well, Willie tells him to go to since he’s on probation. Earn has to remind his uncle that Al owns the house and told hi to make sure he’s okay. After a brief spat, Earn cuts deep. Darius interrupts and says that vibe feels like jail and he’ll wait in the car. As Darius exits he pleads with the cops not to shoot him which is both funny and sadly true.

With that Willie gives Earn a gold-plated gun to get rid of. With some final word of advice, Willie tells Earn to get rid of the chip on his shoulder. On his way out Earn steals a family photo and tells the police that he’s their problem now. With the cops about to enter the alligator exits through the front door with Willie running out of the back door and down the street.

Later back at Al’s, Darius and him reconcile over a blunt while Tracy (Khris Davis), Al’s friend who just got out of jail, joins the other three men. Al, Darius, and Tracy laugh at him for taking Willie’s gold-plated gun telling him to get rid of it. Earn leaves Al’s heading off into the cold night.

This episode was a good episode to get out feet week back into this world. Last season each episode felt like a self-contained part of a whole. So, going back and watching it, it felt like you were watching an episodic film with each character having a complete arc by the first season’s excellent finale. In addition to that the music still plays an important part. I’m really interested to see if Al’s career grows as rapper Paper Boi.

And yes, while this is a continuation on Earn’s struggle, it does feel like a sequel as we shift into a different time with now even more heightened stakes. Earn is still a goof, Al is still too cool for school, and Darius is still a peculiar sidekick. Episode one of Robbin’ Season is welcome return to Atlanta.

“The Race” by Tay-K on the album Santana World

“Hot Head” by Death Grips on the album Bottomless Pit

“Hey! Love” by The Delfonics (classic track) on the album La-La Means I Love You