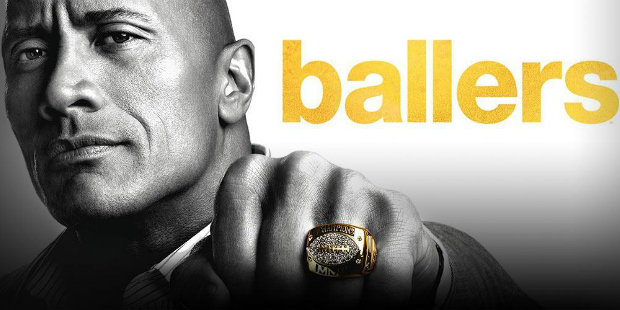 BALLERS is getting fun with its cold opens. This week, Spencer, Ricky, Charles and  gang walk down a sun soaked street set to Cube’s “Today Was A Good Day.” Only, it’s not exactly a good day. Don’t look now, but Spencer all of a sudden finds himself looking down into the abyss as the street opens up Volcano style.

What the heck? Spencer wakes up. He’s fine. It was just a nightmare. Unfortunately, reality doesn’t present a much better day either. Remember that time Ricky got all disoriented, thought he was in his own home when he wasn’t, and then punched a teen? Well, after seemingly abandoning that story point, Ballers finally resurfaces it to great effect. I only wish this happened sooner. Anyway, there are a couple of questions here. First, who leaked this footage — and perhaps more importantly, why? Spencer links up with Ricky to deal with the fallout. Ricky’s deal with the Patriots, we find out, has yet to renewed so this bombshell could have a serious impact. To his credit, Ricky does go to a therapist where he admits for the first time that he does have a real problem. Spencer also sends a more complaint Ricky to meet with the teen he punched.

Ricky arrives at the kid’s school in an exotic car, definitely improving the kid’s reputation. But really Ricky just wants to apologize to him and make sure there’s no more fallout. As it turns out though, it’s not the kid who released the footage. Spencer did inadvertently. “Ricky Leaks” also addresses the tension between Spencer’s new role in bringing football to Vegas and his original role as a representative of players. His new role is threatening his old role and people like Jason and Joe start to call him out for it. Every time something gets out that hurts one of Spencer’s players, you have to wonder if Candace or someone else from the NFL is behind it. This tension is great and even though Candace doesn’t play a big role in this episode, on some level it feels like she’s always there. After being late for a meeting with Mr. Anderson, Joe, and the acquisitions team from another company IMG, Spencer flubs the meeting, unsure he actually wants to go ahead and sell ASM. Anderson doesn’t think having Vegas and the company is viable and neither does his righthand man Joe. What sort of doesn’t completely land with me is the idea that Spencer has that much power within ASM. Sure he has a stake in the company. But I just don’t buy that Anderson would be as deferential to Spencer as he comes across in this episode.

The episode ends with a bit of a bomb to say the least. Joe gives an impassioned plea about working for players and does a 180 and sides with Spencer. Meanwhile, Spencer does an about face and sides with Anderson. Whoa. Didn’t see that one coming. With only three episodes remaining, we’ll see where Ballers heads next.