Jimmy can’t seem to help himself on BETTER CALL SAUL, and ends up falling into old bad habits. Mike finds a body buried in the desert, and then has to decide what to do with the money he stole from Hector. The big question is whether Nacho will be able to pull off switching Hector’s drugs without being noticed, and what will happen if it works.

One of the things that always strikes me while watching Better Call Saul, is the direction and editing is some of the best on television. There are wide, sumptuous shots of the desert are gorgeous and reminiscent of some of the old golden age western films. A lot of television is just medium shots and close ups, hand guiding the viewer into what to pay attention to, but Better Call Saul doesn’t do that. They don’t force the view of the audience all of the time, instead letting tension seep in through framing, shot selection, and editing. If you can find a show that consistently does amazing montages without becoming cheesy, you let me know, because I’ve never seen such powerful use of it on any other show.

Better Call Saul has a way of taking its time without feeling slow, instead building up the tension little by little until by the end of the season things are at a boil. The show has managed to be a slow burn without feeling slow. Part of it has to do with how deep we go into the characters, their personalities and motivations, and part has to do with Better Call Saul being two different shows put together. One aspect is Jimmy, his life and his struggles and how he continues to make bad choices that’ll eventually land him in Omaha, managing a Cinnabon under an assumed name. The other is Mike, the criminal world, and the drug cartels. We see these two worlds interweave from time to time, but mostly they are two distinct realities that sometimes share characters. It seems like a show like this shouldn’t work, but it does, and brilliantly. 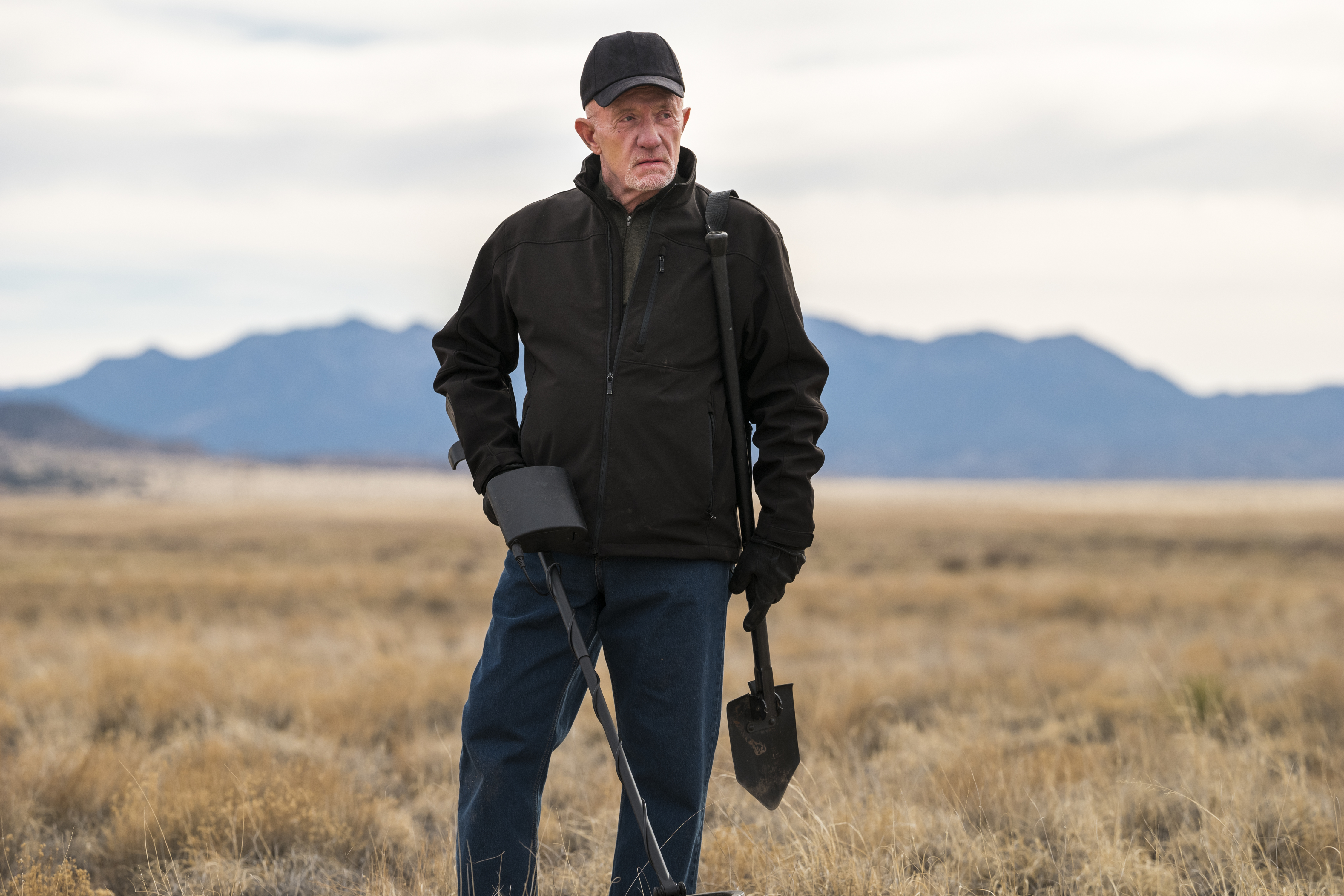 Seeing Mike out in the desert with a metal detector is strange. What could he be looking for out there? It isn’t until he digs up the hand of a dead man that it’s clear it’s the Good Samaritan who stopped to help after Mike knocked off Hector’s truck. Mike feels responsible, which is why he’s so hell bent on retribution against Hector, and also why he wants to give whatever family the Good Samaritan may have the closure they deserve. The guilt of his responsibility for the man’s death weighs heavily on Mike, and he wants to make things right, but there are things he can’t or Gus won’t let him do. Instead he does what he can, which means calling tribal police to let them know of the dead body.

The other thing Mike has to contend with is the huge amount of money he’s stolen from Hector. Right now it’s hidden and he can’t spend it. Mike needs to find a way to make it appear legitimate. The only person he knows who has successfully set up an operation to launder money and make it look above board is Gus Fring. When he takes his problem to Gus, there’s no way the two can do anything on paper or otherwise that would connect them, because it would look bad to the Salamanca’s. Gus assures Mike there’s a way though, but it will be more difficult than just opening a restaurant. Their handshake seals the deal, and in a sense seals Mike’s fate. This relationship, or partnership will eventually lead to Mike’s death in Breaking Bad. There’s no coming back from here. 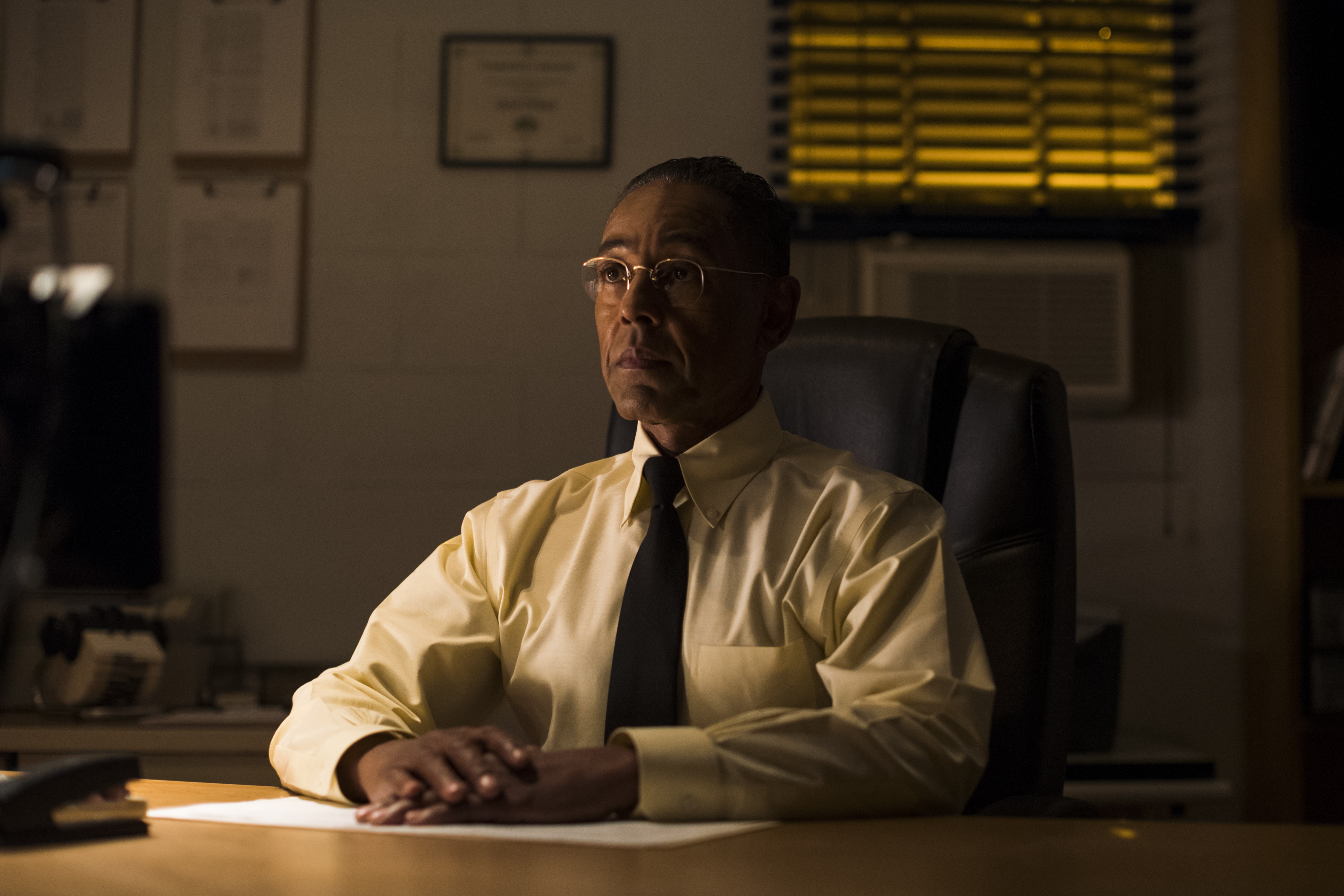 Jimmy’s commercial enterprise is not going so well. The commercial he ran for the music store has given the brothers who own it a huge bump in business, but after a little digging they realize they can shoot their own commercial using college students, and buy their own airtime for far cheaper. They tell Jimmy to hit the road, reneging on their promise that if the gratis commercial does business they’d pay a set amount for the rest of the time. Sure it’s not fair they broke a promise, but Jimmy wasn’t selling them a square deal to begin with. Instead, Jimmy has his crew film while he does a slip and fall in the store. He gets his money, but by doing so he slides into old bad habits that are all too comfortable for him. Are we seeing the final descent and end of Jimmy as we know him? How long before he’s full on Saul Goodman? 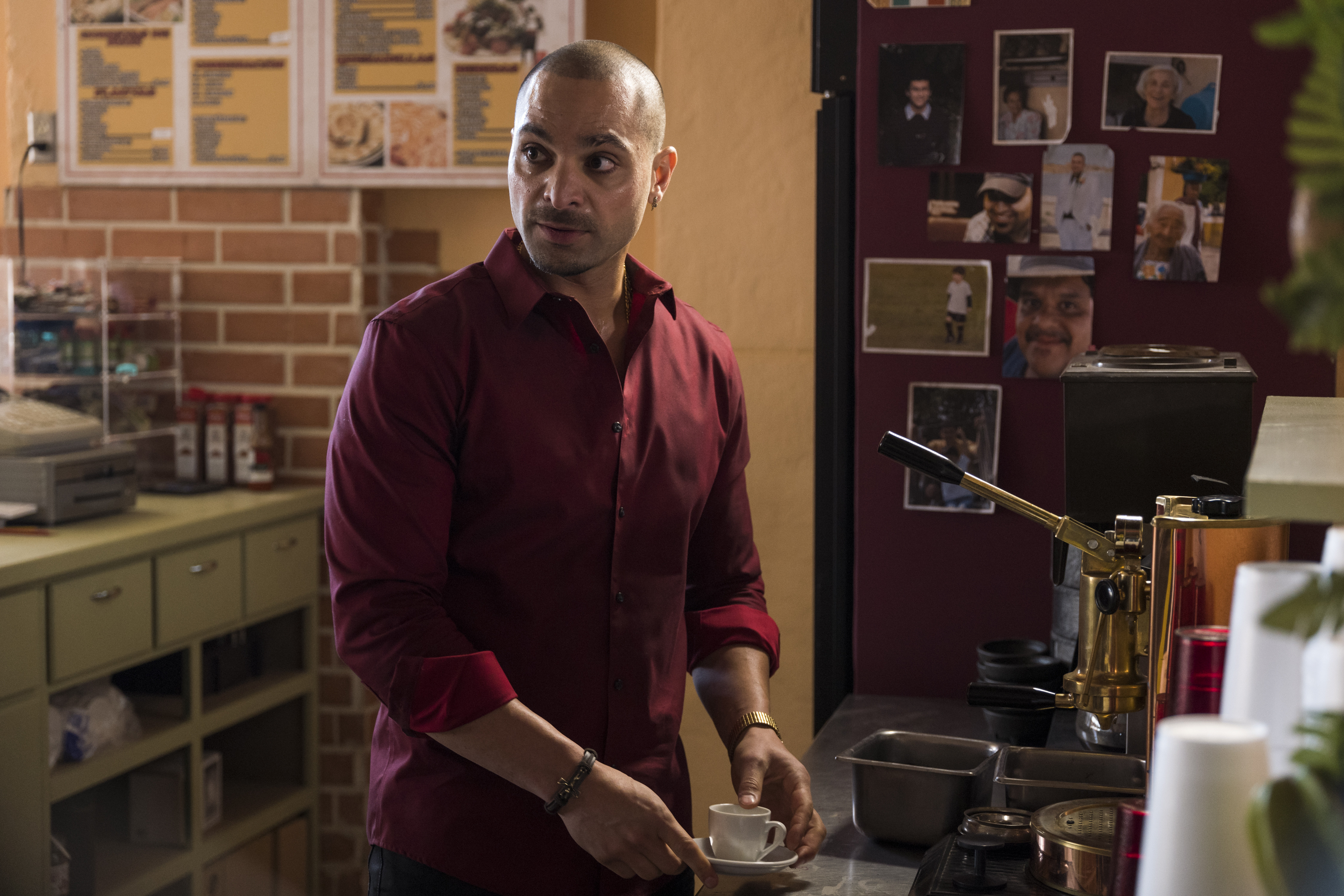 Nacho has all of the ingredients to make look alike pills to replace Hector’s heart medicine, and we see him meticulously put them together in a wonderful montage sequence. Once the pills are constructed, he has to figure out how to switch them, so he practices palming the bottle and dropping it into the pocket of a coat hanging on a chair. If he gets this wrong, he’ll certainly be killed. In order to get the coat off of Hector, Nacho sneaks up onto the restaurants roof at night and breaks the A/C unit. Watching his hands shake while he manages to take the prescription bottle out of Hector’s pocket, switch out the medicine, and then drop the bottle back in Hector’s pocket is nerve wracking. He pulls it off, but he’s scared and jittery. How will he raise Hector’s blood pressure to get him to need a pill, and once he does how will he switch the pills back? Will this be how Hector winds up in a wheel chair?