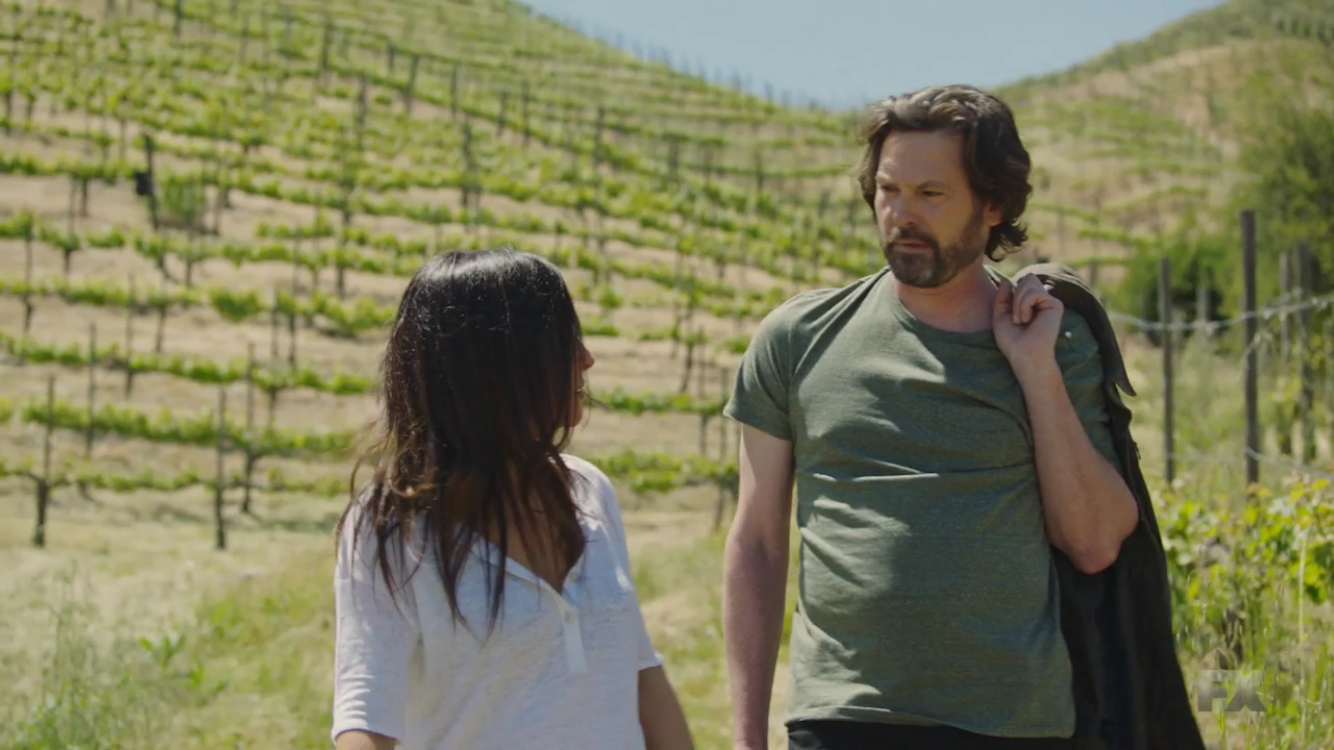 Sam is usually the a-hole in pseudo-relationships.  Better Things paints her as a person who is over men the second she meets them.  But a new guy, Robin, challenges that pattern.

In one of the most brilliant scenes I’ve seen from any show, she is in bed playing back the night she met him.  The conversation; her coyness; and the one piece of hair left out around his forehead are recalled in ways that are oh-so-true for women.  I’ve definitely done this.  She stares up at the ceiling and replays the whole thing like a movie.

My movies are uninterrupted because, well, I have no kids.  Sam, on the other hand, does, and on cue, two of her girls come into her room right when Sam tries to climax to that memory.  The girls faintly talk about spending time with their mom, and one even starts talking about her vagina.  In true mom fashion, Sam ignores them and keeps playing the movie.  Oh my, is she in love?

Robin asks her to go away with him for the weekend to wine country.  It’s no Napa, but it’ll do.  Wine, the sunset and a modern old school inn sound good, yes?  Nah.  Sam asks to book a room in the inn because she wants to take pressure off them both.  Robin throws a silent fit, and Sam is left looking at the sunset alone drinking non-wet stone wine. 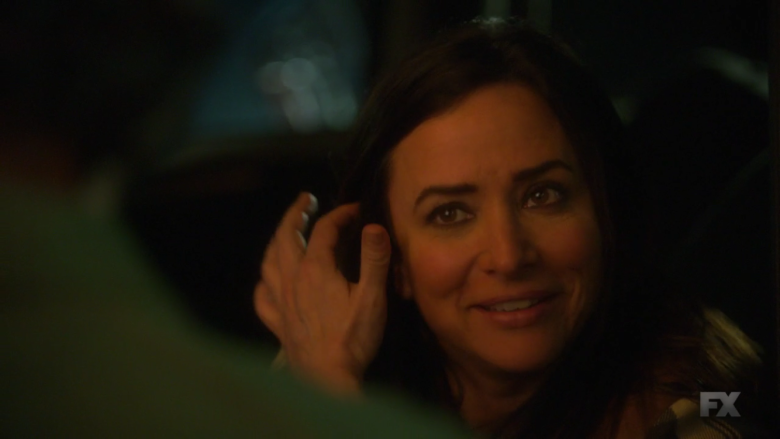 What I love about this is that Sam doesn’t feel bad.  I would have questioned whether I made the right decision.  I mean, finally, Sam likes someone.  Really, really likes someone, and now he seems to be turned off.  She’s like, nah.

Don’t get me wrong.  She doesn’t shrug it off, and she wasn’t mean about asking for another room.  She explains clearly to Robin that no assumptions should be made on this trip.  This is their first date, after all.

At dinner, Robin seems bothered.  Surprisingly, he apologizes for his behavior and asks whether he has screwed up.  Sam, surprisingly, says not at all.  She likes him that much more now.  She doesn’t say the latter, but it’s written all over her face.  She tells him that she needs to release 10 gallons of pee, and when she comes back, they can start over.  How romantic.

Let me discuss something else about this trip.  Sam gives no fs about leaving her kids and mom. 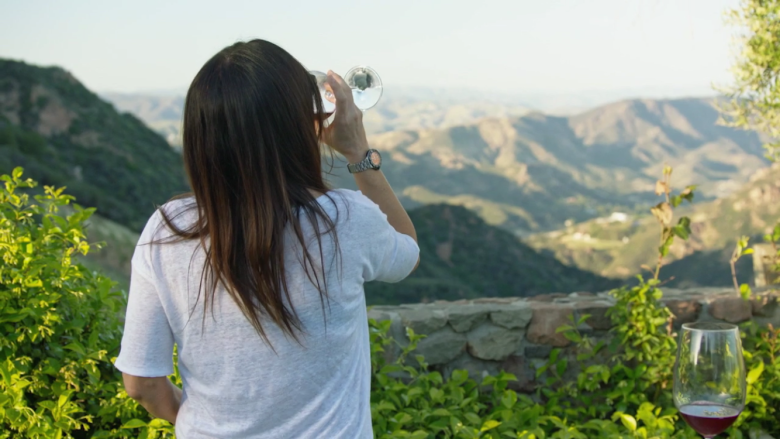 She skirts out of the house and tells her girls that she is going “out”.  If they wanted to get an apartment while she was gone, she didn’t care.  They could do whatever they wanted, and she would bat no eye.  She even drives faster when she sees her mom exit the house.  She clearly wants to get away from them all.  And that is healthy AF.  As AJ Johnson’s character in “Baby Boy” says, “Mama gotta have a life, too”.  Lisssteeen, Sam deserves it, and if her kids and mom don’t understand, then they all need to have several seats.

Thursday’s episode of “Better Things” reminds us who is boss: Sam.  This woman almost has one grown child.  I am sure she is counting down the years as to when she will be free from all the girls.  And then, we’ve got her mother.  Although she may never be able to get rid of that British lady, she will at least have Robin or a Robin prototype to vent to.  Isn’t that what middle-aged divorcee life is about?