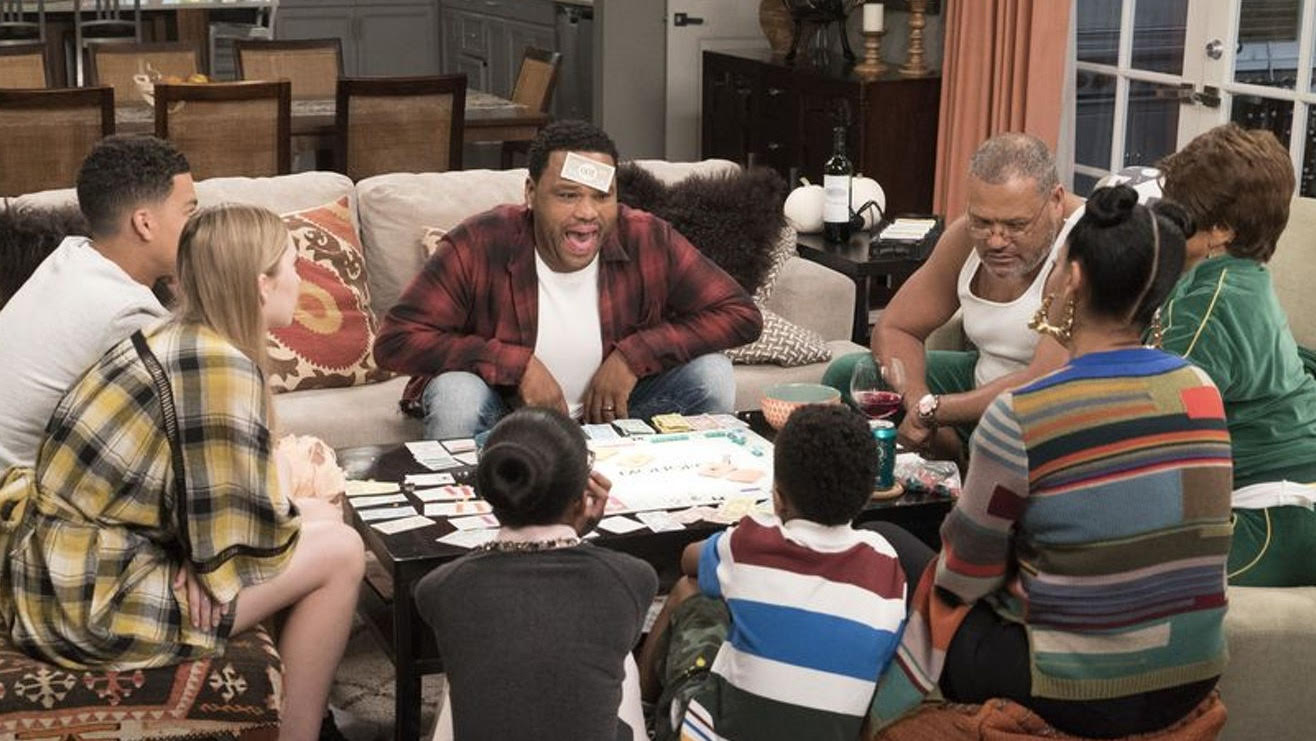 Monopoly. A game that has divided friends and families since its inception in (YEAR). From under the table deals to shameless showboating, Monopoly always seems to bring out the worst in its players. However, as this episode of Black-ish shows “Advance to Go (Collect $200)”, it’s also what brings people together and makes us realize we can’t go it alone.

We open with the Johnson’s gearing up for family game night. Black-ish is a show that truly relies on the chemistry of its ensemble cast, and this week’s episode was a testament to that. Who else could have taken a setting as mundane as a family playing monopoly, correction, black monopoly and turned it into a dramatic episode with more twists and turns than an episode of Maury.

Here the team dynamics are the only thing that matter. Junior pairs with his girlfriend (NAME). The twins, ever inseparable Jack and Diane, form their own alliance. Dre and Bow are a duo, naturally. The most surprising team is comprised of ex-lovers, current frenemies Ruby and Pops. The two have a lot of history between them. Pops was a serial adulterer, while Ruby repeatedly burned his boats. Despite their disastrous marriage, Ruby insists that she wouldn’t ever have another Monopoly partner.

The game begins innocently enough as Dre lays out the rules. Rule one, no side coaching. Rule two, no gifting money. Rule three, loans are allowed. Rule four, you can’t collect rent while in jail. Rule five, Pops doesn’t collect income tax. The final rule, Andre Johnson Man-Baby tax. This means that if Andre flips the board out of frustration, then everyone gets $100 of real money. Armed with the guidelines and ruthless tactics, the game goes into full swing. Despite everyone’s expert strategies, game and life partners, Rainbow and Dre, are in the lead. Things take a turn when Dre’s newfound confidence turns against him. In a selfish grab for power, he offers the twins a trade Bow for a card to secure his corner of the board. They accept and Bow reluctantly heads over to their side of the board.

Things seem to be going well for the other teams. Especially Junior and Megan. Their relationship still seems to be bothering Bow as she repeatedly throws shade their way. Megan;s background was once a point of contention for Bow, but now it appears her lack of ethnic diversity is less of an issue. It’s hard for any parent to accept that their child is growing up. Now Bow has to accept that one day she won’t be the number one woman in Junior’s life anymore.

As the game continues, so does Dre’s downfall. Without Bow’s support the other pairs team up against Dre. With his real estate empire in shambles and unable to secure a loan, Dre realizes he has become the Donald Trump of family game night. The game ends like most games of Monopolies. A board flip. Feeling trapped and teamed up against, Dre flips the board. The rest of the Johnson’s, Megan, included celebrate. They may not be able to determine who actually won the game, but at least now they’ll all walk away $100 richer. As everyone disperses, Dre hangs back on the sofa to contemplate his failure as a one-man team. Bow reminds them that as they go through life, they have to remember to work together. Monopoly is a lot like life. You can’t win it alone.

Meanwhile, on the back-porch Ruby and Pops are enjoying a celebratory nightcap. Their rocky past is what allows them to work so well together in the present. Pops reminds Ruby that maybe they should consider giving their romantic relationship another go, besides he doesn’t have any more of Ruby’s friends to hook up with or boats to burn down. If they actually do decide to move forward, it’s probably not going to have the best effect on Dre. While he has growing up, their separation hit him the hardest. But with a new appreciation for teamwork, maybe Dre will be supportive after all.