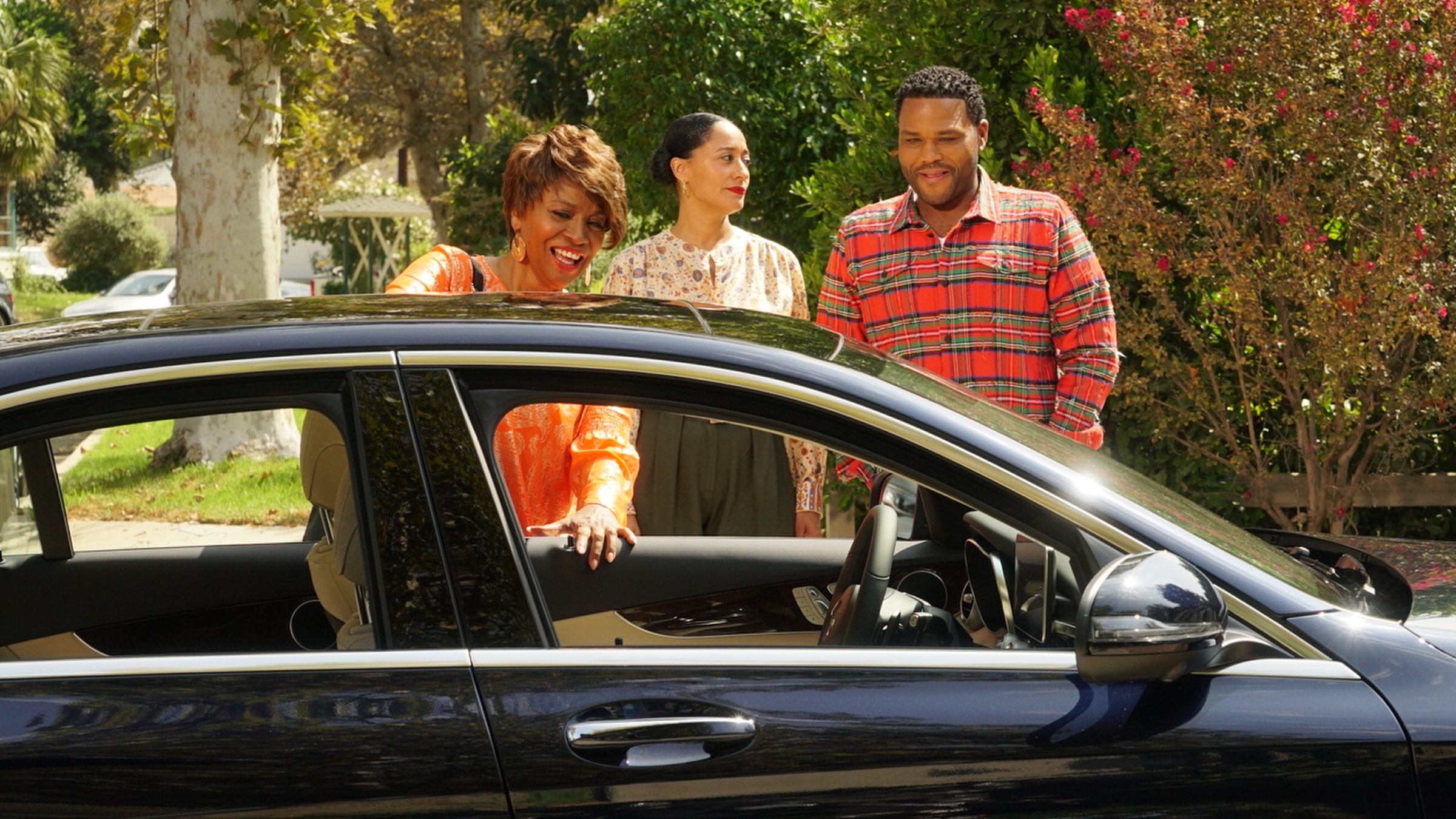 Internet scams. Anyone with a Wi-Fi connection has seen them. Most people have seen enough of them to not be tricked by them, but there is one group of the population that is particularly susceptible. The elderly. On this week’s episode of BLACK- ISH, Dre has to cope with the idea that his mother Ruby is now elderly and thus has been tricked by the title of this episode “Elder Scam”.

Dre is in the kitchen, harping about how inspiring both of the women in his life are – his mother Ruby and his wife Rainbow. Strong and intelligent, he refers them, like other recognizable black females figures in history, as queens. Suddenly Ruby rushes in and says that Junior was kidnapped, but not to worry, she has already wired the kidnappers the ransom money and her personal information. Bow and especially Dre don’t understand how she could have fallen for the scam given that Ruby was once such a great scammer herself. In fact, it turns out that Bow’s parents were actually fooled by Ruby’s Prince Emineke fishing scam. Despite Ruby’s misstep, Dre says that his ageing mother has still got it.

Upstairs Zoey is packing for college with her friend Aaron when Bow walks in. Clearly caught off guard by the teenage man in her daughter’s bedroom, Bow tries desperately to assert how “cool” she is with Aaron staying with them. As she exits Zoey’s bedroom Junior reminds her that college can be a cesspool and maybe they should be concerned. It seems that just like Andre is worried about his mother getting older, Bow is also concerned about her daughter growing up. With Zoey leaving for college Bow has to hope that she’s instilled enough wisdom in her to get her through it alone.

As the ad agency Dre tells his coworkers how he canceled his Mother’s credit cards. It’s hard for Dre to accept that his Mother is getting old, mostly due in part to her ability to look so young. According to Dre “We have no right to continue to look as good as we do”, despite all the adversity that Black people face in society. It’s apparently that same adversity and stress that increased her risk for Alzheimer’s and Dementia.

Back and the house Diane meets Aaron. It’s kiddie crush as first sight. Diane tells Jack that she’s going to marry Aaron. It doesn’t matter that he’s in college and that she’s in middle school. True love knows no bounds! Or age! Or legality! Out at the garage Ruby get’s upset when Dre insinuates that she may be losing touch. Trying to prove that she’s capable of taking care of herself she slams on the gas to drive away…only to drive straight into the garage. This confirms Dre’s, and every child’s greatest fear, his parent has gotten old.

After the accident, Bow suggests that Ruby may need to be sent to a nursing home if her mental health continues to decline. Dre is worried that that time could be coming sooner than they think, but Bow says they still have plenty of time before Ruby needs special care. Instead of treatment she suggests they try some at home therapy to keep Ruby’s mind sharp and Dre’s at ease. As a show of good faith, Dre buys his mom a new car. As she excitedly drives away in it she reveals that she was scamming Dre all along. She isn’t really losing her mind, Ruby is still as sharp as ever.

The Diane Aaron ship is still sailing. Or atleast it is for Diane. She confronts Aaron while he’s talking to Zoey and tells him that he has to choose between the two of them. Confused, Aaron doesn’t get what Diane is asking at first. However, once Zoey points out all of his flaws Diane decides she isn’t interested.As Junior and Bow are sitting on the couch watching Aaron and Zoey, Junior realizes that he may not have the social savvy for college yet. Bow agrees. As the episode ends Ruby pulls a Diane and tries to make Aaron choose between her and Zoey. Freaked out, Aaron declares that he should have stayed at an Airbnb. With all of the shenanigans at the Johnson household, who can blame him?