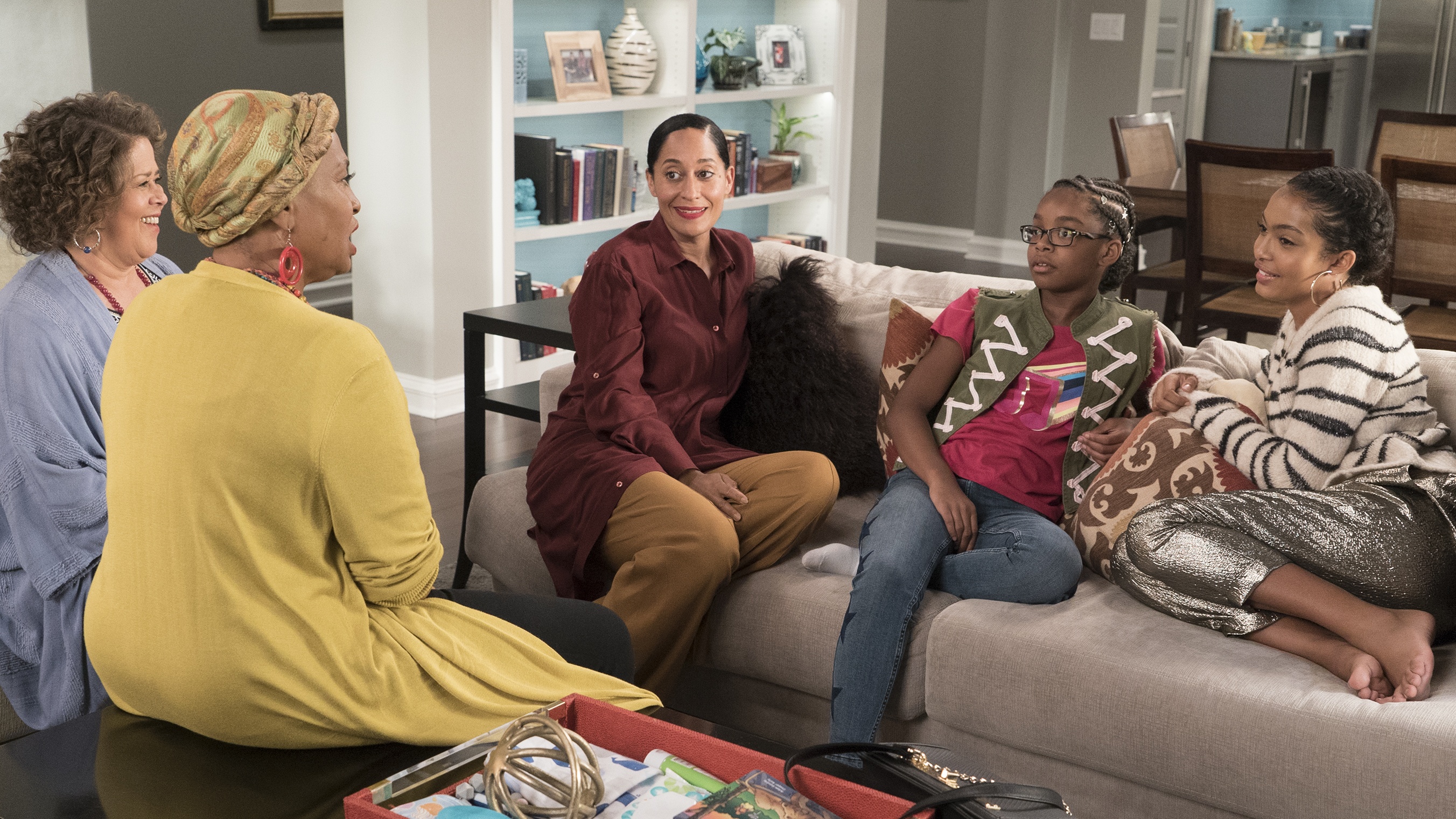 Growing up is hard on parents. The kids they used to cuddle and read bedtime stories to now put themselves to bed while watching TV on their iPhones. Just like Andre Johnson, they remember the last time they felt like the adult around their kids, like the last time he tucked Jack in for bed or the last permission slip he signed for Zoey. As the Johnson parents still cling to the youth of their children, this week’s episode of Black-ish is full of childhood’s “First and Last”.

We open with Dre and Junior on the basketball court. It’s clear that due to Junior’s height advantage and youthful vigor that Dre doesn’t have long before his son is going to be the one schooling him on the court. Just as it looks like Junior might be the one to win this game, Dre fakes one last heart attack to get his son to end the game prematurely. It’s going to be the last time he can feign that excuse so the next time they’re on the court Dre knows he has to prepare to lose.

Back at home, Diane’s naturally mean demeanor has reached Defcon 5. When she returns home from school she threatens to burn the house down if Bo doesn’t meet her dinner demands and chews out Jack in the bathroom while they’re brushing their teeth. It’s clear that something is going on with her that is pushing her to the evil edge. Well, Rainbow gets her answer when she picks Diane up from school the next day. It turns out the moody tween has gotten one of her biggest firsts, her period.

Even though Jack is devastated that Diane’s hormonal spurt means he’s getting left in the development dust, Rainbow and Dre are excited. Suddenly it seems like the answer to Diane’s attitude is right before them. Bo is confident that she has the “talk” on lock, but when her mother unexpectedly arrives, she may have some competition. Alicia, Bo’s mom, insists that Diane needs to be subjected to her cycle ceremony so that she can feel like the goddess that she is. Ruby insists that Diane just needs to know how to snatch a man’s check. Rainbow, being the doctor, just wants Diane to understand the process from a scientific approach, just like she told her sister Zoey. Well, Diane isn’t having any of that. As she hears them talking in the kitchen she insists that she has everything under control.

At the court, Dre has geared up for his final showdown with Junior. Andre has just recently beaten his own father, Pops, at Connect Four so he’s hoping to stave off Junior’s victory a bit longer. As the game goes on Dre manages to hold his own pretty well until Junior shoots the winning three-pointer. When his son begins to gloat, Dre takes the high road and tells his son how proud he is of him. This takes the fun out of winning from Junior. You can’t trash talk someone who is telling you how proud they are of you.

Back at the house, Diane isn’t as cool about her visit from Aunt Flo as she’s letting on. In the middle of the night Jack finds her washing her sheets, so he calls their big sister Zoey in for back up. Diane may be reluctant to be schooled by the older Johnson women, but it’s easier to relate to your older sister. Jack’s decision to call Zoey also shows that even though he may be behind Diane physically, calling in reinforcements was a grown-up move. As the Johnson women recount horror stories of periods past Diane feels more comfortable accepting her changing body in a changing world.