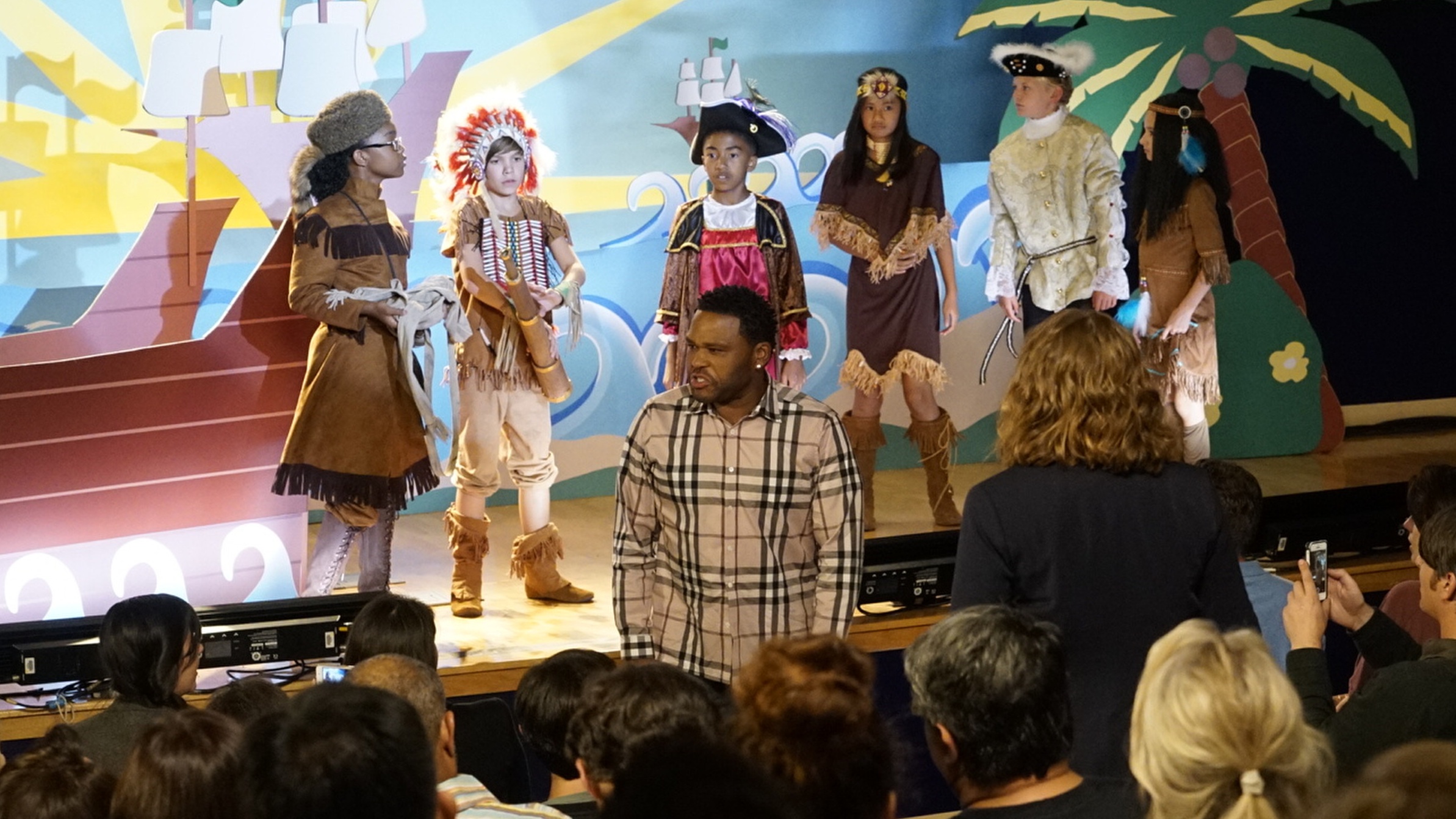 Juneteenth. A holiday that arguably most of America knows nothing about. On June 19th, 1865, all slaves in the United States of America were freed. This was two years after the Declaration of Independence was signed and two more months after that because slave-holders in Texas wanted one last harvest. It might have been two more centuries if the U.S hadn’t sent men in ships to actually enforce this new law. As we begin season 4 of the hit family comedy, Black-ish, we take a look back and one of the most overlooked days in American history, Juneteenth.

We open this episode with Jack and Diane performing the fable of Christopher Columbus coming to America, or rather how in 1492 Columbus sailed the ocean blue because he never actually made it to America. When Jack, playing Christopher Columbus, thanks to the Native Americans for being so generous to the colonists, Dre imagines a realistic reenactment. The kids rap the real history of Columbus’s genocide in the Caribbean islands. Columbus was known for his brutality in the treatment of indigenous people and is often referred to as the grandfather of modern day slavery. 60 years after he landed on that island only a few hundred remained of the original 250,000 Taino population were left on their island. Despite the school’s attempts at being inclusive (the teacher even had kids bused in to increase diversity), the retelling of this repeatedly disproven story is painfully still tone-deaf.

Back at the family’s house, Dre is still feeling flustered. Rainbow points out how they have never celebrated Juneteenth before, but Dre argues it’s because African Americans are made to feel like their own holidays are whack. It’s true. Lacking mass popularity, holidays like Kwanza are briefly mentioned, but not enthusiastically revered like Christmas. The Johnson family’s kids don’t actually even know what Juneteenth is or what it really meant to be “freed”. Que the Hamilton inspired stage play that takes us into the quarters of recently freed slaves. As they prance around they describe all of the things they’ll get to do without reprimand, like sitting at diner counters, being able to play in the park with toy guns, being able to ask for help at a neighbor’s house when your car breaks down, whistling at a white woman…actually, these are things that Blacks in America have been beaten or killed for. Despite their excitement, it was going to be a long time before they experienced anything close to modern day freedom.

In the office, Dre has hired Grammy winner Aloe Blacc, most notably known for songs like “I Need A Dollar” and “The Man“, to compose a song explaining Juneteenth. Mr. Stevens and Josh, the only two non-people of color at the conference table are obviously uncomfortable and argue that African Americans already have Black History Month and Martin Luther King Day. This is true, but as Aloe points out slavery contributed more than $300 billion dollars to the U.S economy. A bloody enterprise of that magnitude has lasting effects, those of which African Americans and other POC are still experiencing today. There shouldn’t be any rebuttal for celebrating the end of such a violent practice, but Americans have never been good at facing our horrific past, and this is underscored by our refusal to end Columbus Day.

As Dre begins to explain Juneteenth, Aloe Blacc, with assistance from The Roots themselves, take us on a Schoolhouse Rock-inspired journey explaining what Juneteenth is all about. This retelling of the events that finally freed all of the slaves is just as educational for the audience as it is to office conservatives, Mr. Stevens and Josh. Although we may be a long way away from having Juneteenth be a nationally celebrated holiday, the Johnson family decides to celebrate it in their own way, by having a barbeque and reflecting what it means to be free in America. The ending is bittersweet. Although freed from slavery 150 years ago, the road to progress and true equality has been a treacherous one. Until America is ready to face its dark past, the need for eye-opening episodes like this one will remain high.