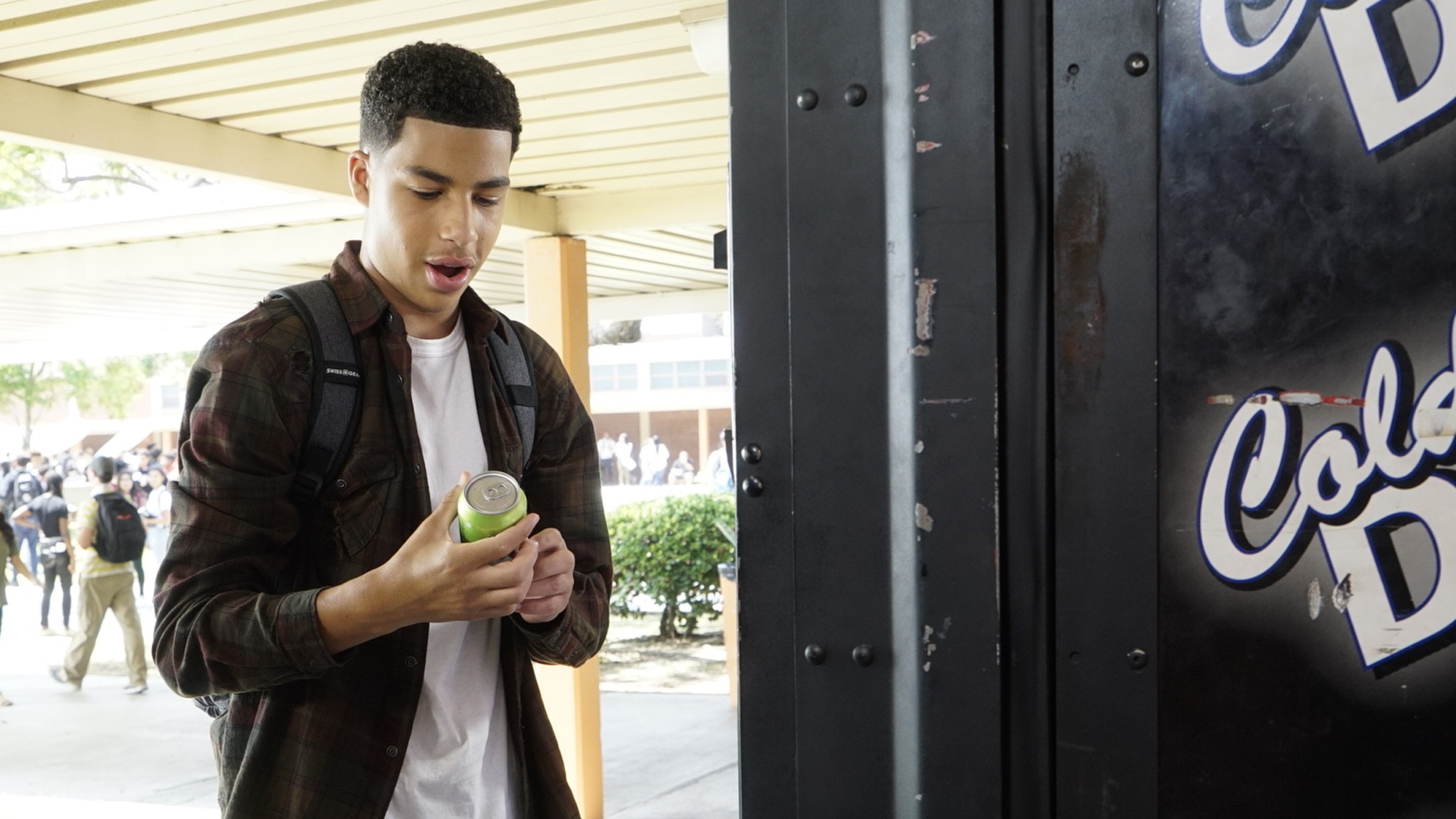 In this week’s episode of Black-ish, Jr. is pushed from the nest of private school and into the chaos of a government funded high school in “Public Fool”. As we open, Jr. walks into the kitchen an announces to his family that he has been expelled. Immediately they take it as a joke until Dre confirms his dismissal. Eager for the details the gang gathers round to hear how it all started with a QVC chain.

Everyone can remember their “chain”. Not it’s not always a literal neckpiece, it can be a leather jacket, pair of shoes that was waited in line for, or a pair of glasses bought with allowance money. It’s the first piece of clothing that as Dre puts it, makes the wearer feel like “the man”. Working odd jobs all year, Jr. finally saves up enough money to buy his “chain” which actually happens to be a literal gold chain. The effect of his new accessory is profound. Even Dre when he says that it finally feels like Jr. is his actual son and not some “light skin” stranger.

Well, the based god giveth and the based god taketh away. Unfortunately, it’s that same necklace that gets Jr. kicked out of his hoity-toity private school. During P.E Jr. is forced to put his necklace in his locker, but when he returns he discovered that it’s been stolen. Desperate to recover his bling and dignity he turns to Andre Sr. and Pops for advice. They insist that you can’t let someone get away with taking your chain, metaphorical or otherwise, and Jr. has to figure out how to get it back.

Bow immediately starts calling other private schools in the area, but they won’t accept “Jawbreaker Johnson” onto their campus. Out of options Rainbow and Dre reluctantly consider enrolling Jr. in their nearby public school, Sherman Oaks High. With Rainbow being a flower child and Dre having attended a private school with Pop’s disability money, neither of them have experience in public run institutions. But with no other private options, it seems that their hands are tied.

Now historically public schools have failed students of color. With segregation, forced integration, and then desegregation schools in poorer and blacker areas have been left crippled. With lack of funding, poor test scores, and over-crowding Bow is justified in her anxieties. When Dre returns home from work, the two of them embrace in a panic hug. Jr. How are they supposed to send their kid into the piranha pit of a new high school when he has been so sheltered?

Concerned for her younger brother, Zoe tries to prepare Jr. for the harsh realities of public school peers. It’s a dog eat dog world in those linoleum hallways and Zoe wants to make sure Jr. is ready to part with his geeky image. Burying his cape and love of Elvish, Junior leaves their training montage ready to become the big man on campus. As it turns out though, none of that prep was needed. The other kids at his school turn out to be just as nerdy as Jr. is. The combined perks of classmates who are into Harry Potter and a vending machine on campus has made Sherman Oaks more of an upgrade than a punishment.

It’s moments like these where Black-ish really shines. Not only were they able to shine a light on the issue of the failings of the U.S public school system, but they were also able to highlight its strengths. Though it’s not always the case, Sherman Oaks High turned out to be the perfect school for Jr. It’s diverse and fills Junior with confidence and Mountain Dew. Isn’t that what everyone wants from their high school education?