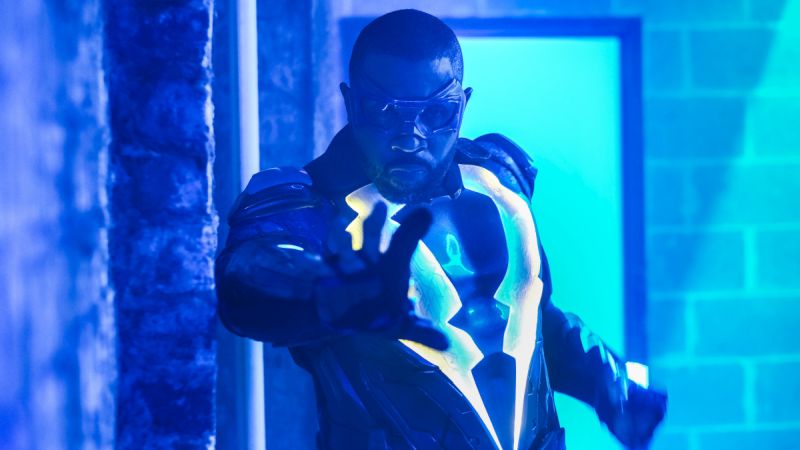 This week’s Black Lightning, “Equinox: The Book of Fate” is another contemplative episode following last week’s slow burner. The good news is that this week’s final sequences are full of action. We’re done brooding, and thinking, and moralizing. Now it’s time just to just have some fun. Before we get to that though, there’s plenty of fallout we have to deal with after last week.

First off, Lynn and Jefferson have to figure out what to do with Anissa, since they now know she has powers. Heck, they’re worried about Jennifer, too, and want to do brain scans on both Pierce sisters. Heh. Mostly, though, Lynn just wants Jefferson to take Anissa under his wing. Maybe she’s still not 100 percent okay with Jeff being Black Lightning but figures Anissa will be much safer if her father teaches her how to handle her powers rather than her taking matters into her own hands. Jefferson doesn’t immediately take to the idea and it isn’t until the episode’s final moments where Jefferson comes to Anissa, almost as an equal, and is open to partnering up to save their city. 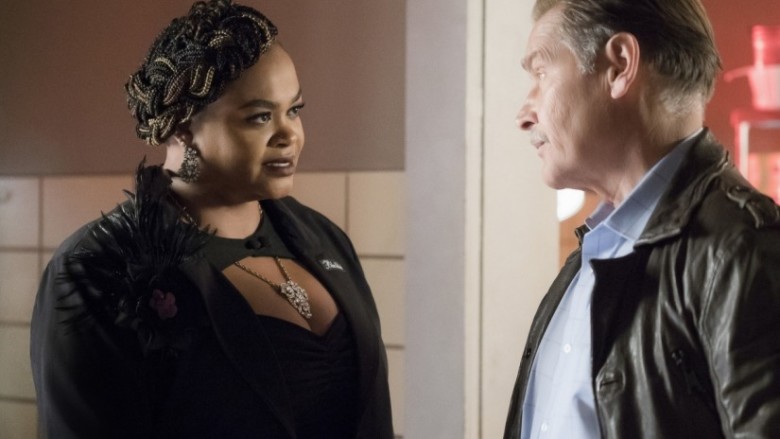 The not so unassuming Peter Gambi continues to move in and out of the criminal underworld, returning to Lady Eve with worries that Tobias has gotten completely out of control. It’s good that Jefferson is finally growing wise to some of Gambi’s shadiness and calls him out for keeping information about Tobias from him. Gambi and Lady Eve, meanwhile, broker a deal that spares Tobias but gives Gambi Tobias’ right-hand man and green light pusher Joey Toledo. Later, Gambi surprises us again with his own vigilante skills as he takes out Toledo. This isn’t your grandparents’ tailor.

Rather than cowering in fear, Tobias Whale springs to action at the threat and all of a sudden sets his sights on Lady Eve. I felt this would have happened much later in the season, if not in another. At times, Black Lightning can be really jarring with its tempo, either a bit too slow and brooding in some ways, or dumping a whole bunch of information or game-changing moves in the blink of an eye.

It’s also clear that Jefferson has second thoughts about sparing Tobias Whale’s life last week. In case we forgot, the show flashes back to the moments where Whale brutally killed Jefferson’s journalist father. 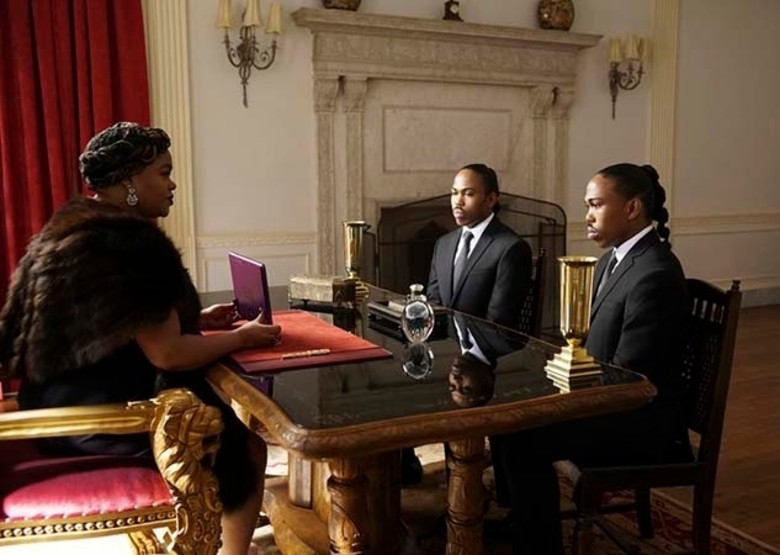 Black Lightning’s final act final kicks the episode into high gear. Jefferson, mostly watching from the shadows, finally moves in to attack Tobias Whale and his men. It’s unclear if he actually intends on killing him, but he definitely wants Whale out for the count and no longer terrorizing the city. Whale loses a ton of men (not to mention his sister Tori), but somehow lives to see another day yet again. Lady Eve is also attacked in her church, in an especially fun scene featuring laser guns that look like they emit the same lightning that Black Lightning commands. Indeed, Whale intends on framing Black Lightning for Lady Eve’s death, a move that has two benefits for the cunning Whale.

First, he’ll avoid the wrath of the tribunal that Lady Eve is a part of. The move is also consistent with Whale’s plan to ruin Black Lightning’s reputation; sometimes the best way to take down a vigilante isn’t to kill him but to turn the city against him. There’s an image war going on and Whale intends to win it.

What I’m most excited about, though, heading into the next few weeks is the alliance between Jefferson and Anissa. Jefferson realizes that things have escalated far beyond his control and that he needs someone else to help back him up. I was unsure how I felt about Anissa’s emerging powers as set against Jefferson’s longstanding ones but the show smartly brought Anissa to the fore in a way that feels totally credible and organic.

Oh, and Lala, the local 100 Gang leader, was resurrected from the dead, bearing what appears to be the spirit/tattoo of LaWanda, that slain community mother and activist. Interesting.