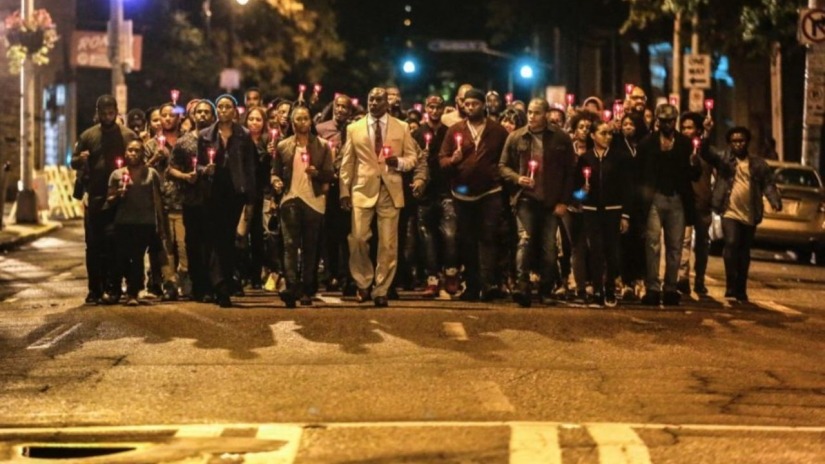 I’m not sure where to begin with this week’s Black Lightning episode, “LaWanda:The Book of Burial,” except to say that it is rewriting the CW superhero game by the day. Normally, especially when a show is just in its infancy, we find out tons about a superhero and alter ego, as well about those in his/her inner circle (family, friends etc…). One certainly wouldn’t spend the time chronicling someone like LaWanda, an ordinary mom standing up for her child who pays the ultimate price for it. It’s been several Arrow seasons since I’ve felt thoroughly immersed in the actual living, breathing world of Star City. (It was probably even called Starling City back then). That was around the time when we met Roy and other members of The Glades, a disenfranchised neighborhood eventually rocked by Moira (RIP), Malcolm, and other evil 1 percenters. The city felt alive and the city also stood up, giving Arrow himself a reason to keep fighting.

Well, we’re barely into the infancy of Black Lightning and that kind of aliveness is already there and then some because what’s going on in the fictional world of Freeland isn’t too different than what’s going on in real world. This week, we chronicle Reverend Holt and his 100 strong congregation, who are sick and tired of being sick and tired. Holt gives a fiery speech and inspires his members to take to the streets in righteous protest. Jefferson and Inspector Henderson are also at church that day, and later catch up with the preacher. All three men care about their beloved Freeland, but each has different prescriptions for saving it. Jefferson cautions Holt about the march, but Holt has already decided. 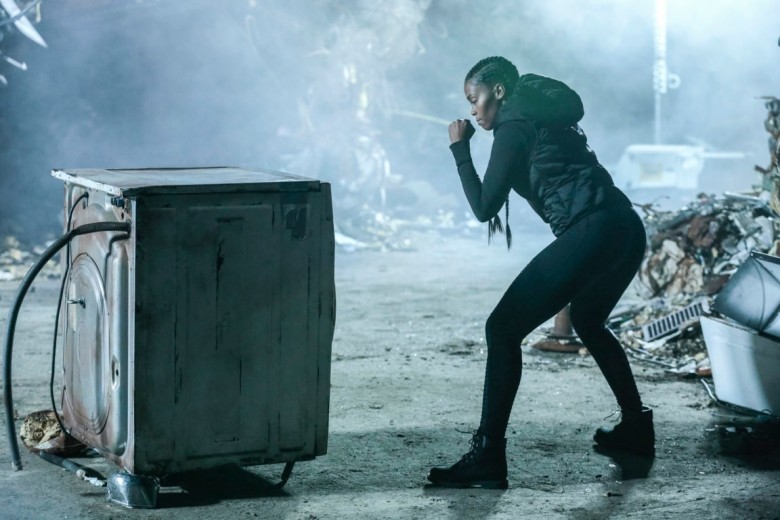 Jefferson and still mysterious tailor/gadget man Peter Gambi make preparations for the march which Black Lightning will watch from a distance. Gambi has some new gadgetry for Jefferson. Gambi initiates some holographic target practice paced by a smooth song emanating from an old school record player. While the scene has style, one wonders if there was a missed opportunity here. The show still seems unecessarily tight-lipped about who exactly Gambi is (I’m not sure if his actual name has been uttered) and how he and Jefferson became a team.

On the other hand, the show hasn’t been shy about quickly revealing other things, even when I would have preferred a much slower simmer. Take Anissa’s powers, a discovery which takes place at the end of the pilot when we were just barely getting a handle on who the heck this new Black Lightning character was. Similarly in this episode, we find out that even Tobias Whale has someone to answer to — Lady Eve, a pragmatic woman who isn’t even particularly averse to the church, so long as Freelanders still recognize who runs the streets down below. Lady Eve is great in her brief debut, but by revealing so early on into the season that Tobias isn’t even head hancho, it kind of blunts his power. And again, just like with Anissa, we’re just getting a handle on all of this. So while some things are building too slowly (Gambi) others are escalating far too quickly. 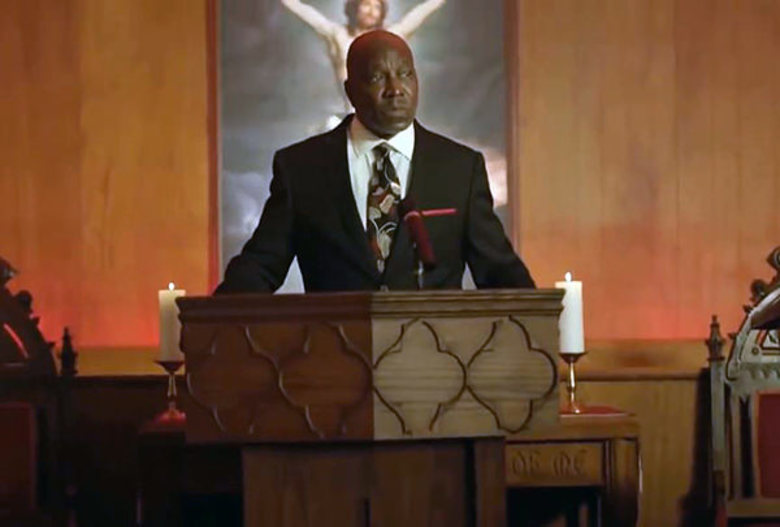 I loved the choice of having Anissa try out her recently-discovered powers in a junkyard, where one man’s trash is another man’s new crosscountry RV passion project. As Anissa goes through this rebirth, she does so on her own. She stays out late, creating a distance between herself and the rest of the Pierces. She even meets a new girl and parties with her, at the risk of alienating her current girlfriend. Jennifer, meanwhile, contemplates having sex with star athlete Khalil. Maybe I’m getting old now, but I thought these teenage sex talk scenes were handled really well. Jefferson and Lynn take it in stride and are mostly just happy Jennifer told them. Later, however, Jefferson confronts Khalil at school and wonders how he can be concerned with sex when he can’t even keep “athlete’s foot” at bay. This show is quickly finding some funny moments to mine as well.

The big march happens and Black Lightning staves off the bullets of a 100 Gang member. Black Lightning seems to have saved the day and Reverand Holt stands tall. That is, until Tobias himself rolls up on the parade and his quiet assistant shoots into the crowd, a bullet hitting both the Reverand and Khalil. This was just strong storytelling because while I’ve praised Black Lightning for bringing all of Freeland to the fore so early, the characters who got injured (oh yeah, both Holt and Khalil survive, though Khalil may never walk again), are not random at all; they have close relationships with our main characters, so that’s why we care.

I also found it interesting that the show didn’t give Black Lightning a full-fledged victory. After all that build up, he still couldn’t stop all the violence. It may take more than just him. I also want to mention that nice moment in the hospital between Lynn and Anissa, who recalls when she first came out as lesbian. There was a quiet moment and then everyone was just proud of her, and totally okay with it.

All in all, Black Lightning’s third episode really brought it and if you’re not watching CW’s most unique superhero offering, you should be!