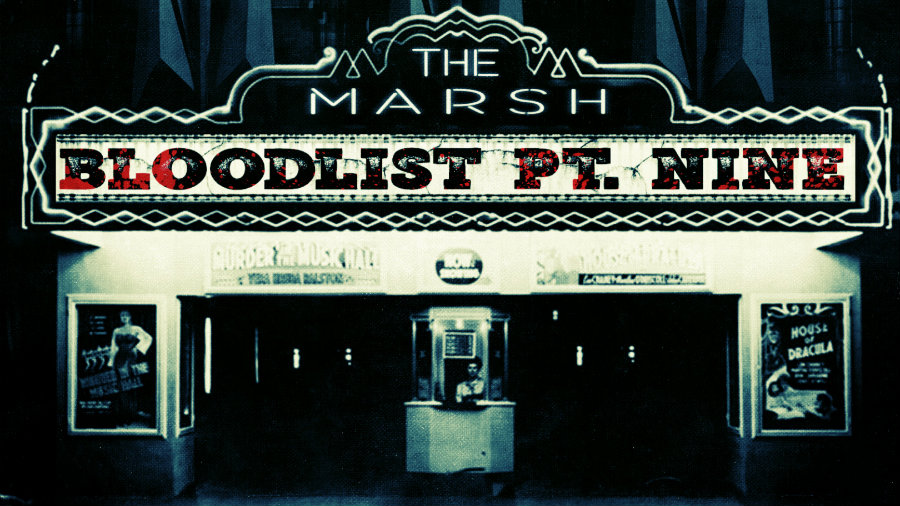 Genre guru Kailey Marsh has unveiled the 2017 BloodList, which names the 13 most liked, unproduced dark genre scripts of the year every Halloween, as voted on by Hollywood executives.

Marsh is an established manager-producer who compiles the BloodList each year and has seen its profile soar over the last decade. Screenplays that have been featured on the BloodList include the Blake Lively thriller The Shallows and the Jennifer Lopez thriller The Boy Next Door, as well as Netflix’s upcoming Sandra Bullock thriller Bird Box.

This year’s BloodList was voted on by 67 film and television executives at the CE level and above. Marsh and her team have also brought back Fresh Blood Selects, which highlights the Top 10 scripts from 497 submissions from unrepresented writers.

For more information about the BloodList, visit the official site or check its official Facebook page. Here’s the full list.

Project Name: CURFEW
Writer: Dick Grunert
Genre: Horror
Logline: A rebellious teenage girl is sent to stay with her strict grandmother in the sleepy town of Cedar Falls, a place with many strange traditions, including a curfew banning anyone from going out at night. When she ventures out after dark she discovers the truth behind the town’s mysterious history.
Management: Antonio D’Intino & Jeremy Platt (Plattform)
Status: Available. Christian Armogida (Nightshade Entertainment) is producing.

Project Name: THE RED PILL
Writers: Joe Russo & Chris LaMont
Genre: Horror, Sci-Fi
Logline: After a bacterial virus sweeps the globe, a government-mandated pill becomes an essential part of everyday life, you take it or you die. When everyman David MacReady begins showing symptoms of the infection, he takes his family on the run from the C.D.C.; only David isn’t getting sicker, he’s getting stronger.
Management: Russell Hollander (Hollander Entertainment)
Agency: Greg Pedicin (Gersh)
Status: Available.

Project Name: THE HARROWING
Writers: Matthew Leslie & Stephen J. Smith
Genre: Horror
Logline: When a pregnant social worker is called upon to investigate a murder involving a teenage mother, she uncovers an insidious plot with possible ties to the occult that has her questioning her sanity and the very nature of her unborn child.
Management: Jeff Portnoy (Bellevue)
Agency:  Jordan Berg (CAA)
Status: Cinelou Films producing.

Project Name: HEARTBEAT (Pilot)
Writer: Tim Macy
Genre: Horror
Logline: A controversial high tech company pays the dying to keep their spirits alive in their homes after they pass so they can market these ‘haunted houses’ to high-paying visitors (think haunted Airbnb).  Heathcliff Gill is a recruiter for the company who begins to realize the immortality he’s selling isn’t as blissful as he thought.
Management: Jeff Thal (Ensemble Ent.)
Status: Available.

Project Name: THE BIG A
Writer: Amy Taylor
Genres: Horror, Dark Comedy
Logline: A young girl struggles to obtain an abortion after discovering that she is pregnant with the Antichrist.

Project Name: DON’T RUN
Writer: Malcolm Badewitz
Genres: Horror, Adventure
Logline: When a local boy goes missing, a young girl must face her fears if she hopes to rescue him from the monsters lurking beneath their sleepy suburb.

Project Name: KILLING TIME
Writer: Jose Prendes
Genre: Horror
Logline: A teenger and his best friend use time travel technology to stop the brutal murder of his sister and uncover the identity of her killer.

Project Name: RUNT
Writer: Marc Bloom
Genre: Thriller
Logline: A woman rescues an injured wolf pup, holed up inside a cabin, but when the wolfpack returns and threatens her life and the pups, she is sent on a gruelling journey of self-discovery fighting for survival. The Grey meets Gravity.

Project Name: SECOND CHILDHOOD
Writer: Clifton Wilder Koons II
Genre: Dark Comedy, Thriller
Logline: A debaucherous children’s author checks herself into an unconventional rehab center that recreates her childhood with actors and stage tricks to help her get over her mother’s death and save her career. She struggles to relive her rough past with only a psychotic patient and her fictional animal characters by her side.

Project Name: THE MADDENING FILTH
Writer: Siobhan Gilbert
Genre: Thriller
Logline: Ignaz Semmelweis is a Hungarian doctor teaching medicine in Vienna. He develops Germ theory and the practice of handwashing before medical examinations from his experience of life on the obstetrics ward and the dying mothers due to childbed fever. He and his theory are rejected by the scientific community. He is cast out. Has a mental breakdown and dies of the same illness that his theory had saved countless women from.

Project Name: YULE CATS
Writers: Chad Ghiron and Lizzie Goodman
Genre: Horror, Dark comedy
Logline: A Gremlins style horror/comedy in the vein of Chris Columbus about thirteen-year-old Isabelle, who receives an odd souvenir from her deceased scientist father in the form of a preserved, prehistoric feline — a creature which winds up contaminating the cats in Isabelle’s small town and forcing her and her two best friends to fight for survival against this rapidly growing horde of attackers.