Brooklyn Nine-Nine gets relatively predictable in this week’s episode, “99.” In possibly the season’s weakest episode yet, the show delivers a case so easy to solve, we as viewers are able to guess the answer well before Jake and, with the cast on the road, the opportunity for well fleshed out side stories diminishes, making the show feel flat for a typical episode and underdeveloped for a road trip story.

Let’s start with that last bit. The show takes the cast to Los Angeles to attend the funeral of their previous captain, who Holt took over for at the start of the show five years ago. At the funeral, Holt receives news that he’s up for consideration as Police Commissioner, right in front of the precinct, who is ecstatic for him. However, Holt doesn’t seem too enthusiastic about the position. Instead, he tries to downplay the interview, discouraging Jake or the rest of the precinct from getting too excited about his chances. Still Jake and the rest of the nine-nine are determinedly confident in Holt’s chances of getting the Commissioner position, and when things start to go wrong to prevent Holt from getting back to New York in time for the interview, the rest of the team kicks into high gear in the hopes of getting Holt back in time via a road trip. 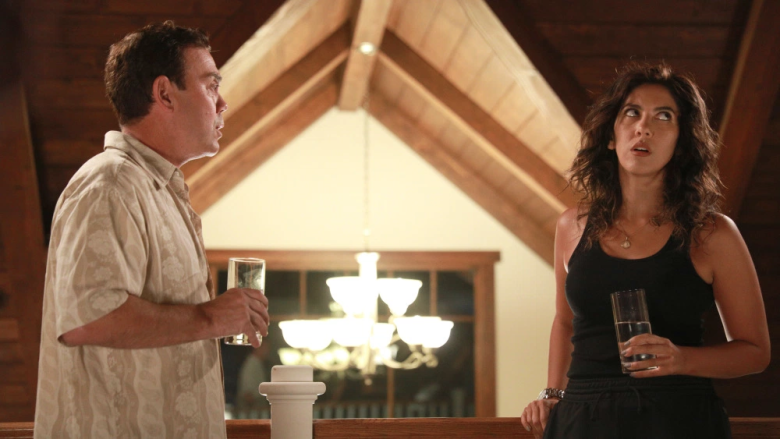 That’s the main focus of the episode. Unfortunately the other arcs of the story aren’t so well developed. Our B story is Amy’s sudden decision to be more “chill” and our C story is finding out that Rosa is bisexual.

Don’t get me wrong – I think Rosa’s admittance that she’s bi is an absolutely important development to her character and the show, and I’m happy the show didn’t make it some big deal with a lot of story centered solely around her sexuality. After all, a person’s sexual orientation is a personal thing, and it shouldn’t be a big deal to anyone if and when someone comes out. I also think it was a very realistic exchange between two friends who also happen to be coworkers. It’s not like someone is going to write cards to their friends saying, “Hey, just so you know, I’d like to announce that I’m bi.” It just doesn’t happen that way. It happens in casual conversations, it happens in not-so-casual conversations, it happens intentionally, and it happens unintentionally. It just happens. And no one should make a big deal out of it or make someone feel like their sexuality is something to be fussed over. No one wants that. 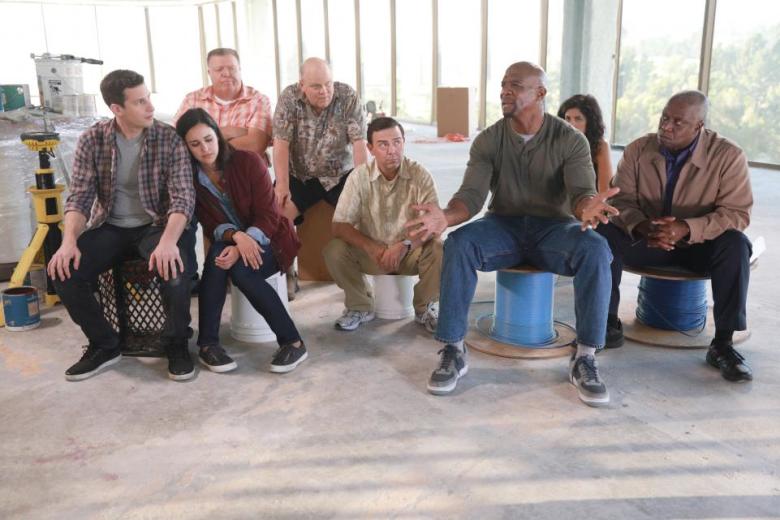 And Boyle was super nosey about it, and really should’ve minded his own business. Seriously, what is it with not taking ‘no’ for an answer? It’s one thing to tease a friend, but to persistently pester them and eavesdrop and pry? That’s a no-no. So Boyle was not a great friend in that moment. At the very least, he sort of apologized for prying, so he gains some brownie points back, but still. He should have left it alone in the first place.

Honestly, though, perhaps the biggest flaw in this episode was how uncharacteristic each of the voices were. Every character sounded slightly off, saying things that didn’t really feel truly in line with each character. One could argue that Holt has a reason for being uncharacteristically unemotional – he’s hiding something from the precinct, and is therefore not really being himself. But Amy’s decision to try and not be so uptight comes uncharacteristically fast – as though the writers were pressed for time and couldn’t come up with a better catalyst to get Amy to decide to be “chill.” And Jake’s dialogue – particularly the “take a picture of me” part (which is very funny, I’ll admit) feels more like a Lonely Island character than Jake Peralta. Even Terry isn’t really upset enough about missing his first class flight. 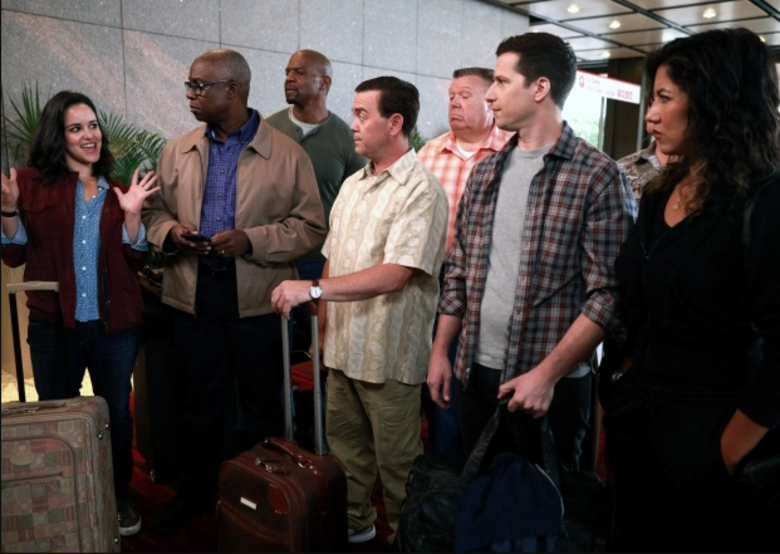 It all feels just a bit off, which is something I’ve mentioned before about this season, so perhaps something is going on at a deeper level, because so much of this season has just been so great. But, on the brightside, Holt has come clean about being compromised, so now the precinct can help him try to get out of the favor he promised a dangerous mobster to get the information he needed to get Jake and Rosa out of prison.

I’ll be ready to find out how all of that seems to play out next week.