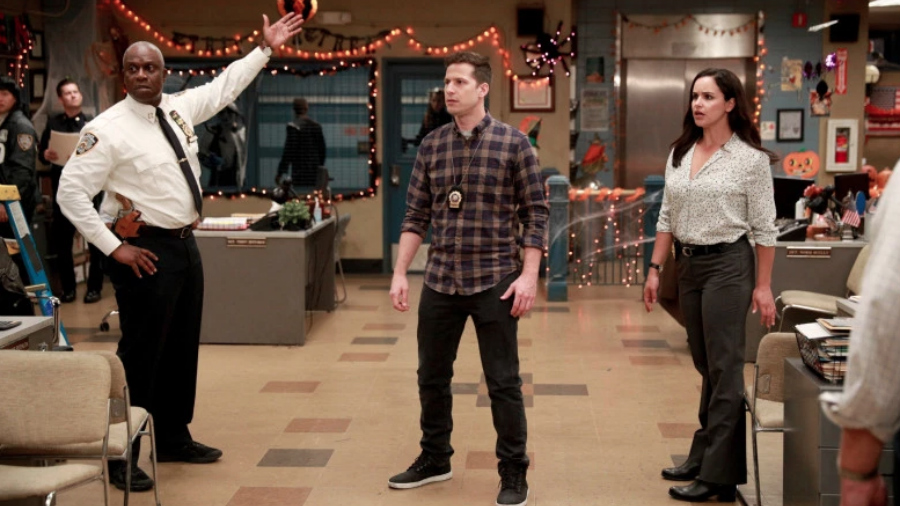 It’s everyone’s favorite episode of the year once again on Brooklyn Nine-Nine. I was genuinely curious to see how the show would keep things light, fresh, and surprising in this year’s episode, without simply feeling like a reiteration of the years before. To my surprise and delight, though, the show manages to do the unexpected yet again, all while keeping us entertained with the precinct’s antics and a game of cat-and-mouse.

Really, I cannot stop raving about the show’s renewed strength in humor this year. There is such an energy to the show’s punchlines like I haven’t seen since the first or second season. In all honesty, the antics likely aren’t new at this point, but the show manages to make them feel new this year. It’s like we’ve delved into an entirely new show and I’m really enjoying it.

That said, I do feel like Captain Holt’s character has changed this season, and while his character is still funny, I’m not sure it’s as funny as before. It’s hard to really pinpoint exactly what’s changed, but if I have to describe it, I’d say he’s more flawed. Not in an interesting character way, but in a rookie detective kind of way, and that’s what concerns me. Holt has always been the guiding light for the precinct, and while Jake has always been the best detective in the nine-nine, Holt has always had the wisdom of experience keeping him a step ahead. 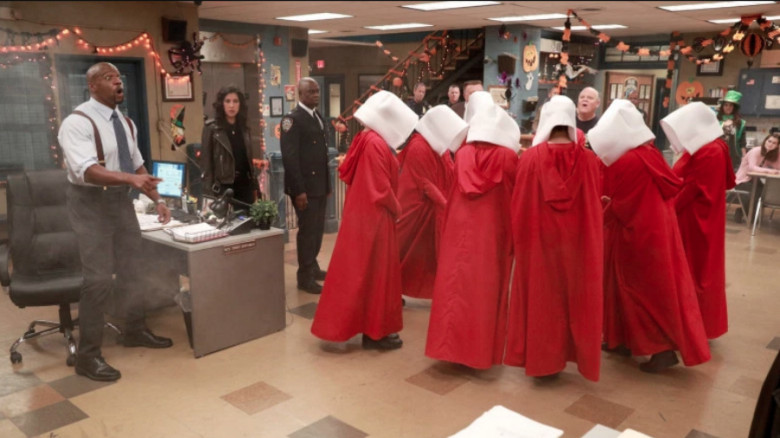 Where Holt used to operate at a higher level than the rest of the precinct, being the (ironically) straight character pointing out the ridiculous behavior of everyone else, he now seems to be sucked into their antics. This episode was a prime example, where Holt did not have his characteristically level head, but instead reacted to every red herring pulled on him. It’s definitely a different take on his character, and takes away the weight of Holt-related jokes, as it’s no longer funny to see him unexpectedly get involved in the precinct’s silly behavior because it’s no longer unexpected.

In other news, we finally get a Gina shout out! Thank goodness, because I was starting to get concerned the show had just completely forgotten her altogether. Now we know she’s had her baby and that she’s still planning to come back to the precinct. Of course Chelsea Peretti is actually on maternity leave in real life, so the fact that she wouldn’t be featured in the show at all makes sense, but I did think it was weird that no one even mentioned anything about her or her absence until this episode, so it was nice that they finally addressed it. 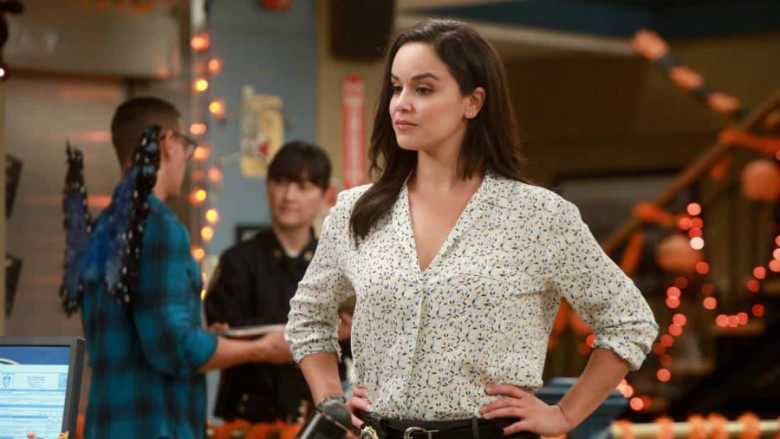 The episode itself was a fantastic turn of events for what’s become a classic annual episode for the show. I remember last year wondering how the show would keep things new and exciting, as even though there were still plenty of cast members who hadn’t won the heist, continuing in the same format season after season would get a little tiresome. Well, this year was definitely both trick and treat! We were able to enjoy everything that’s fun about the heist – watching the trickery between the detectives play out as each tries to outsmart the others. And, in the end, we still got a surprise, as we were led to believe that Jake – and then Amy – had outsmarted everyone else, when, in fact, Jake had really planned on Amy finding out his heist plan all along.

Why? So he could propose to her! Yes, Jake and Amy are engaged! Honestly, it really was the perfect episode for the proposal. And while I’ve just spent two paragraphs of this review complaining about how out of character Holt seems to be this season, this move was 100% in character for Jake and Amy. It was very sweet and a nice little serial addition to the less serialized portion of the season.

I’m not going to recap the episode here because it’s much more fun to just go watch if you haven’t already. And if you have seen it already, go watch it again. It’s that much fun. So, even with Holt’s character change, this season is shaping up to be incredibly strong, and I’m really excited to see where this season takes us next.