This week’s Brooklyn Nine-Nine returns to the hilarious land of fandom in “Return to Skyfire,” and it is most definitely an episode worth the watch. The show offers plenty of punchlines that hit their mark perfectly and is a great example of the fantastic writing that’s been coming out of this season. I mean, Terry Crews skipping and singing a little ditty – it doesn’t get much funnier than that.

And now that we’ve covered the basics of practically every review I’ve written of the show so far this year, let’s talk about how this season is really about Rosa.

Yes, you read that right: I said this season is entirely about Rosa. 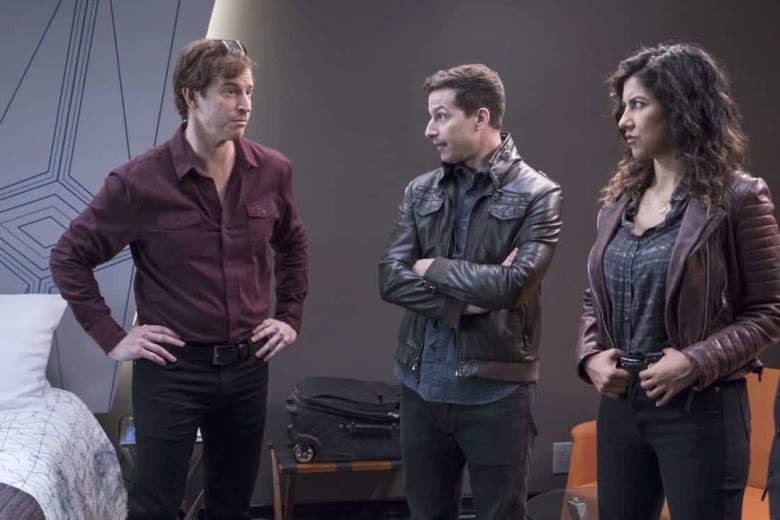 “Why,” you ask, “do I think this season is entirely about Rosa, when clearly Jake’s time in prison and his experiences at the precinct since prison have been the center of our focus in the show?”

Well, that’s obviously because Jake is supposed to be the main character, and it would be weird to all of a sudden after five seasons switch who led the show.

But Rosa is for sure the center of this season so far.

We know this because Rosa has been at the center of one storyline in every episode this season. All the other characters get paired with her as her accompaniment. In this episode, she joins Jake and Terry at the Skyfire convention, even though she’s never read the books and she’s very skeptical of them. In previous episodes she’s been paired with every possible combination of characters, including Hitchcock and Scully, as well as had storylines on her own, like when she dumped Pimento. 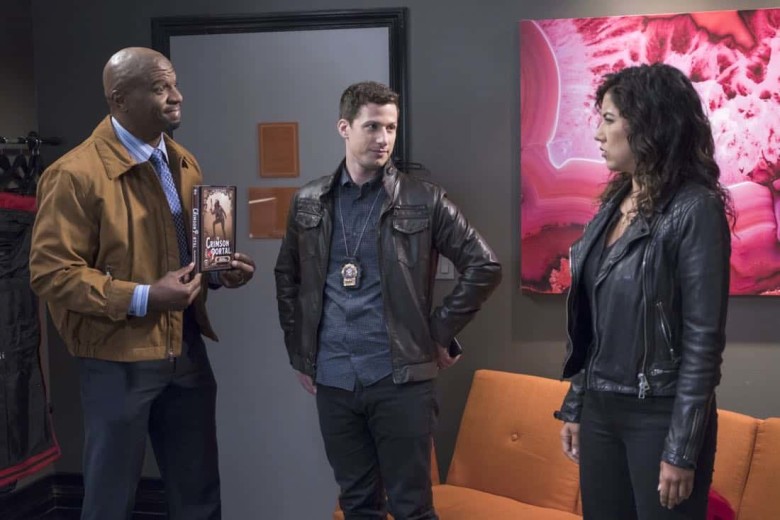 In every episode, she’s learned something new about herself, or changed in some way. She broke up with Pimento, she discovered she respected Hitchcock and Scully, and in the case of this episode, she learns she loves nerdy books.

Ever since prison, Rosa has gone through a slow metamorphosis. She’s more open to understanding her coworkers’ points of view and trying out the things they like. She’s less stuck in her own ways. She seems to be silently searching for something, but we don’t know what yet. Her happiness? Her purpose?  Prison has somehow affected Rosa deeply, and unlike Jake, whose prison trauma we addressed right away, Rosa’s time in jail and her coping afterwards have been glossed over, as if she hasn’t even addressed her feelings about being in jail yet. She’s just letting them manifest into a total transformation of her character at the precinct.

So yes, hidden and unspoken, this season is truly about Rosa and how prison is changing her, even from outside of its walls. 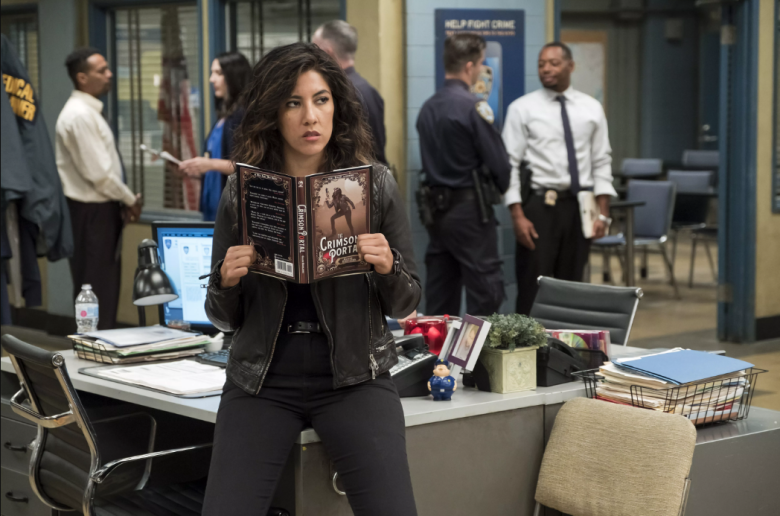 I also keep waiting for us to finally see how Holt’s obligation to the mob boss manifests itself. This episode doesn’t address it at all, but at least we get to see Boyle with his head plastered over. We also get to see Terry geek out in cosplay once again and it is fantastic. And this time, Jake geeks out with him, which only heightens the joke. In fact, Brooklyn Nine-Nine’s fail-proof formula for making a joke work is “just add Jake” and honestly, it really does work.

The episode is well worth the watch, with lots of laughable moments and plenty of gags to keep you giggling. I won’t ruin the episode by recapping it here – just go watch it and see for yourself.