This week’s episode of CASUAL doesn’t find itself on the same wavelength as the other episodes. Maybe this is because it’s one of the first episodes of the season that doesn’t involve Alex, Laura and Val together for a scene in the third act. Not only that, but save for a couple of throwaway scenes the main characters are rarely together for anything other than checking in. There are three stories at play and they all have to do with love, in numerous stages. Maybe this is just personal taste, but I think the show does a good job of showing us how the excitement of these stages is not necessarily a good thing.

Like last week, the main plot worth caring about is Alex’s. No other character matters to the show quite like him. I think it’s because he’s the only confident character in the entire show. Valerie and Laura stumble through life, constantly asking questions in the moment but by the time they figure out the answer it’s either too late or it’s too insignificant. Alex isn’t like that. Even when he fails, it’s his plan and I like that. Now I’m not saying he takes ownership for his actions but it feels like he’s taking action. I think this is important to point out because it shows how characters can rationalize doing bad things because they feel like life put them in a position to. But Alex is not like this. 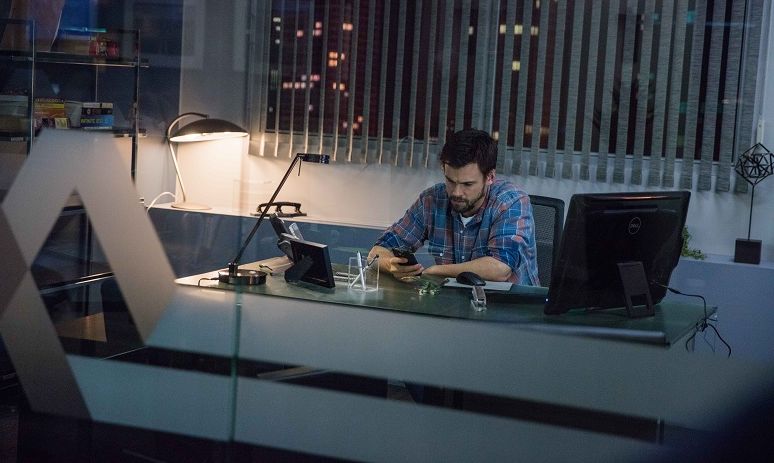 Valerie doesn’t know what she wants, and when she thinks she knows what she wants, she doesn’t know how to get it. This week’s desire is Jack. The agro guy from Jennifer’s game night randomly shows up as Valerie’s 9AM to talk about a near death experience and how that has opened his eyes. In order to pay for the session, he asks Valerie if he can take her to dinner sometime. She’s secretly thrilled by this and when she reveals it to Alex, the man of action, he tells her it doesn’t mean anything. And he’s right. No date, no time, just a flimsy “let me take you out.” This crushes Valerie because she has no idea what to do. Alex and even Laura try to tell her to make plans. This is hard for Valerie to do, but she reaches out to Jennifer and she obliges with another date for her and Harry.

Laura is in a weird place. Unsure of where her standing is with her new best friend Aubrey (after they made out and stole her dad’s mountain bikes), she acts pretty strange throughout the entire episode. It gets even weirder for her when she’s tasked to make a care package for a fellow student with cancer. And weirder still when Drew confronts her about the missing mountain bikes and she lies. Even weirder still, Aubrey invites Laura to a USC party. There’s a disconnect here. The implication is that normal college dudes try to get with high school girls, but in my experience this is reserved for the weirdest of people. I could not get behind a bunch of USC bros wanting to see a couple of high school girls kiss each other, and then when called out for gender inequality, the two dudes kiss themselves instead. There’s just an unrealistic amount of acceptable creepiness to it that I found it impossible to get behind. Anyways, Laura and Aubrey hide away in a bedroom and take pictures of each other with their bras on for the care package. This leads to passionate kissing and we’re unsure where it goes from there.

Valerie ends up having a horrible first date with Harry. He’s well meaning, but he’s just so boring, especially when compared to Jack. But he’s trying and Valerie appreciates that enough to sleep with him. After having pretty enjoyable sex, she gets a text from Jack about meeting up for dinner. Her response is noncommittal before rolling into Harry’s embrace. This plot seeks to show love as a Game of Thrones. Everyone is trying to gain power over everyone else, and right now Valerie has positioned herself on the Iron Throne. But we’ll see if she stays there.

By far the most interesting plot is Alex’s, who seeks to make Sarah jealous with extravagant wedding gifts. Because she registered with a place that donates animals to the needy, Alex decides to donate 100 cows. When all he gets is a “thanks” from Jordan, he decides to go much bigger. Jordan’s assistant helps Alex out, and recommends buying chairs from Sarah’s furniture store. Alex decides to buy 8 (which accounts for $10,000 unbeknownst to him). Jordan’s assistant responds by having sex with him. What Alex wasn’t counting on was the strange NDA-ish sex contract on his desk in the morning. When he confronts Jordan’s assistant about it, he not only finds out that it’s for real, but that she told Jordan about it.

Thinking he’s lost, Alex goes home only to find Sarah there, angry. She asks Alex to stop and swears she’s not jealous and that she’s not that type of girl anymore, but they share a moment and she’s clearly jealous. He decides to sign that sex contract and continue making Sarah jealous. It’s hard to see if this will yield positive results but it’s exciting to see Alex take action.

Overall the episode was lacking in many aspects, but it’s always fun to see Alex take hold. I’m sure we’re going to be watching more Valerie Love Triangle, more Laura/Aubrey and more Alex/Sarah/Business.