The CASUAL season finale is really bad. Unlike the previous seasons, Casual does not find itself in the finale. If anything, this finale feels more like a pilot to a different show that is wrestling with different themes. The journey is not there for anyone, no one completes anything, sees the end of any path, or grows. Many of the decisions (and fate) seem rash, unpredictable and grounded in absolutely nothing. It felt like Casual looked at this season and said, “How can we make it crazier,” but that’s not what people want in a finale. No one watches Casual for the serialized element, or the unexpected set pieces, they watch it for character growth. Which is surprisingly nonexistent.

If any character showed growth this episode it’s Alex, the beacon of rationality on a show about crazy Libertarians. And though my whole conspiracy theory about Valerie and Alex hooking up turned out to fall flat on its face, the Libertarian one did not. This comes through the least during Alex’s plotline which begins with him realizing Judy broke up with him. The idea behind this stems from the fact that Judy treated their relationship as a casual fling during a particularly tough time with her ex. It’s not that Alex isn’t good looking and charming, it’s that Judy doesn’t really care. What’s really Libertarian about this is what follows, the narcissistic constant need for self-indulging forces Alex to find himself in Jessica’s office during her lunch break. This is how Alex operates, “What can you for me,” and apparently people do a lot. It’s this same behavior that gets Rae pregnant. Yes, that’s the big reveal for Alex’s plotline, that his B&B-turned roommate-turned friend-turned hookup-turned friend again is pregnant with presumably his baby. For some reason, the topic of abortion pales in comparison to the idea of keeping the baby and raising it together. Obviously, this is insane, but it’s where Alex’s plot is going so for now we can’t do anything but brace for impact.

Valerie’s plotline is where the real crux of the finale lies. And it’s her lack of growth that makes this entire season fall flat on its face. This season has had no idea what to do or make of Valerie. It’s clear she’s going through some sort of midlife crisis that is having a traumatic impact on her life. And on that note, we need to talk about what this episode decides to leave out: Jack. So, I guess that’s it. Like a hurricane, Valerie destroyed the very fabric of Jack’s life and then left him, for no reason other than he puts his shoes on the bed. Valerie’s acceptance of what she did to Jack is much worse than anything else she’s ever done, even worse than hooking up with Alex’s girlfriend, because, straight up, Jack’s life is ruined. But it doesn’t affect Valerie and so Atlas Shrugged, God Loves Libertarians, let’s move on.

Valerie is pissed because her daughter is also a Libertarian and sold Valerie’s table for no real consequences. Drew comes over with a Libertarian ideology of his own, explaining that his daughter is old enough to make her own Libertarian decisions and go missing. Valerie checks social media and finds out Laura is staying with her grandmother, so Valerie is not happy. But in many ways, Valerie is getting a taste of her own medicine. Unfortunately, this doesn’t come through as well as it should because the seeds and the parallels were not planted. It’s clear that Valerie is being thrown for a loop, but the dominion that her mother has over herself has no relation to Valerie and Laura’s relationship, and so for the show to even insinuate that it does a little bit is cheap and too easy. 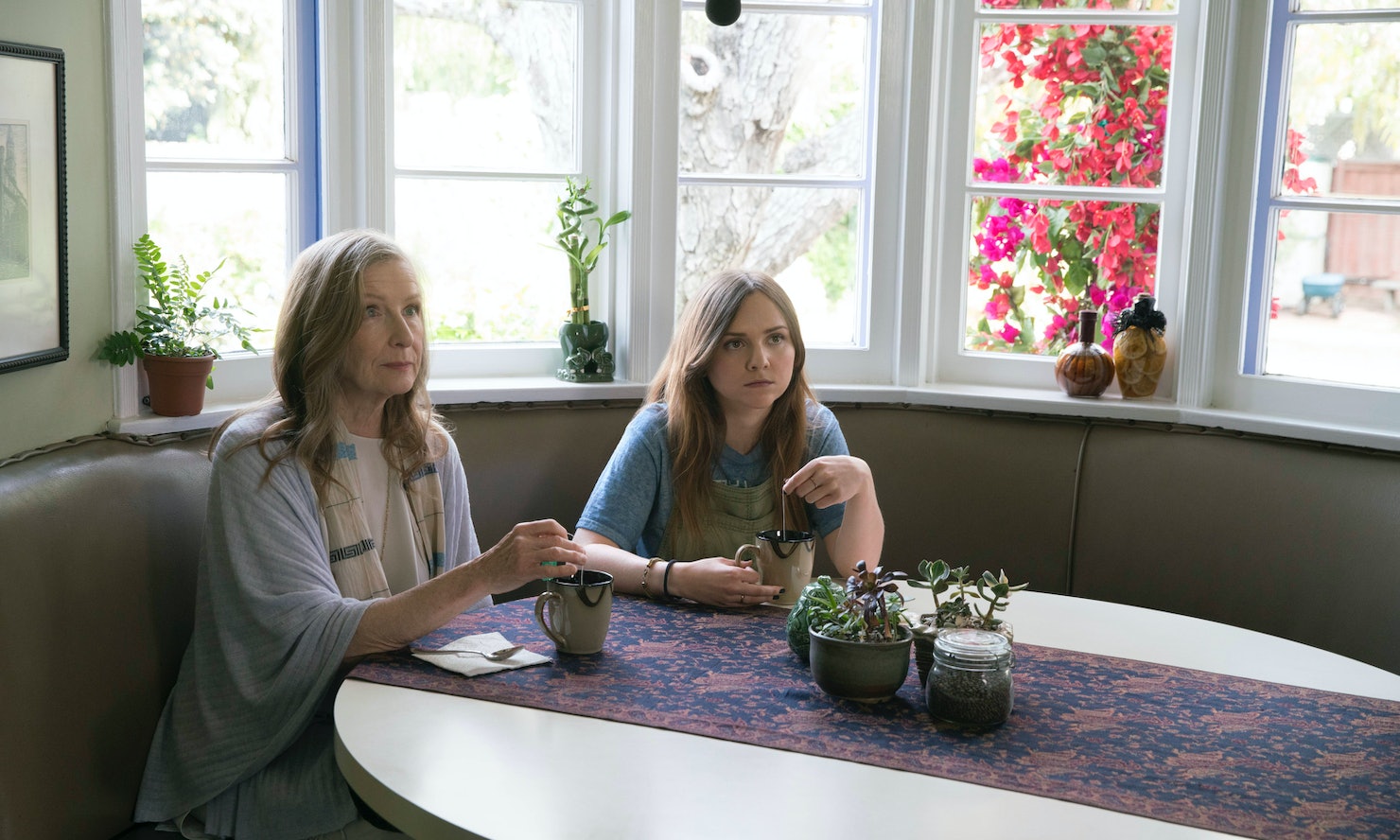 The other issue is, simply put, “Why, Laura?” How did Laura go from, “I’m gonna bang my community outreach leader,” to, “I’m gonna stay with my grandma in Burbank.” The disconnect is so vast and the explanation is so lacking that you can’t help but try to fill in the gaps yourself, which at that point nothing feels right. Again, the season finale is not the time when you want your audience filling gaps, unless it’s also the series finale and you’re suggesting Don Draper made that Coca-Cola commercial. Otherwise, to literally plot out every inch of Laura’s bender and then have her appear in Burbank on a whim that doesn’t translate, is beyond confusing. She has no relationship with her grandma, it would honestly make more sense for her to try to stay with Jack or Leon and Leah than her grandmother.

The emotional end is sort of nonexistent, but man does Casual pretend it’s there. After Valerie admits to being a bitter, angry person she leaves Laura behind and goes to make up with her brother Alex. The one guy who’s been with her to the end, the guy that I thought she was also going to bang. And in that moment, I would be lying if I said I didn’t hold my breath. I was so ready to claim the title of “Twisted Genius” and watch Valerie and Alex bang on his kitchen table like PornHub assumes all half-siblings do, all the time. But instead she puts Alex in the friend zone! In all seriousness, she calls Alex her “best friend” and it seems like she wants to admit she’s been crazy, but then she sees Rae setting the table and somehow gets the hint that life has passed her by. But outside of a needy, Libertarian complex, this doesn’t make sense to me. If you go over to your brother’s house at dinner time, and his roommate is setting the table for dinner, and then they invite you to dinner, where in that are you like “Oh, life has passed me by.” Can Valerie smell pregnancy? What is going on?

In many ways, this season was much better than the last one, but completely lacked the finale that the last was building towards. Why do we care if Rae and Alex have a baby, or if Laura becomes a gardener or if Valerie acknowledges she is the worst therapist of all time? Casual has moved to a dangerous place where events shape characters instead of characters shaping events and because of that, you have a season full of whim decisions, a sudden marriage proposal, and an unexpected pregnancy. Season Four!