CASUAL tries its hand at a bottle episode. In a lot of ways, it succeeds. It tricks itself into giving a reason to bring the entire cast of characters together and then it does what it does best: explore emotions. There is not an emotion untouched in this episode and a lot of plot is revealed. Confined spaces do wonders for emotional connections, because they force the characters to really interact with each other. But in other ways, this episode falls flat. The entire conceit is bizarre. Alex wants to invite everyone over for Magic the Gathering, except there’s a rat? It’s not that it’s ridiculous, it’s that it’s out of character and out of tone. Also, the logistics are crazy. First of all, not to tip my nerd hat, but a Magic game involving 8 people is insane. Last week they dressed up to play, and this week, they’re inviting all their friends. It makes you think, does Casual think Magic is Dungeons & Dragons?

Let’s move on. So, there are a lot of character dynamics working through themselves this episode, but the real focus is on what’s not being said, Alex and Valerie’s relationship. Valerie isn’t interested in playing games, but they’ve had this weird connection the entire series. This episode is, at its heart, about getting to the root of that. But there are a lot of roads to explore before we get there. Casual is a show that thrives on weird emotional issues and this episode thrives on it.

Everyone is freaked out about the rat, and it doesn’t help that Alex blames his new roommate Ray and New York City for attracting rats to his place. Ray is very different than Alex, but they share a sort of blunt rationalism about themselves that helps them wrestle with certain issues. They play touch-and-go with Valerie and his relationship, Alex throws jabs at Ray and Ray throws them back. In the end Ray convinces Alex to talk to his sister, but he’s still hesitant. He knows he should tell Valerie that she has a half-brother, but it’s not going to come easy.

Valerie herself is keen on keeping secrets from him. The most blatant one is Jack, the man who Alex bought a BBQ for last season. When Jack arrives with weapons of all kinds to hunt down this rat, Alex can’t help but be impressed. It’s not that Alex doesn’t like Jack, it’s that he knows Jack is no good for his sister. But in this moment, Alex can tell that Valerie is slipping from him. She’s having something of a midlife crisis, and it’s effecting their relationship.

It’s also effecting how Laura sees her mom. Valerie and Laura are playing a game with each other that involves breaking hearts. Laura does not just see her boss Casey as a protector, but might even want to have sex with her. Obviously, this would be a huge problem. Casey has a girlfriend and doesn’t view Laura as sexually compatible, it’s why Casey doesn’t feel uncomfortable walking out of the shower with Laura seeing. They’re friends, coworkers, similar minds, and vastly different ages. Casey is not trolling for jailbait. But maybe Laura is looking for a move up, it’s not the first time she would’ve done something like this and Valerie is worried about her. So when Valerie confronts Laura, she’s disappointed to find Laura aggressive, guarded and quick to leave the party. 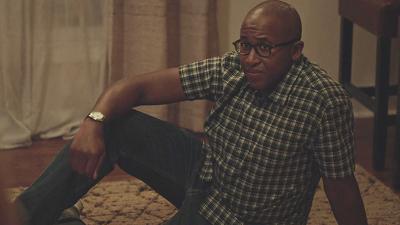 In order to kill the rat, Valerie asks her assistant Leah to come. Leah was cat sitting a vicious cat, and so, everything fell in place. Leah is usually an afterthought, but it seems like Leon, Alex’s afterthought, and Leah have been seeing each other. I’m not sure why they’ve been doing it in secret, but they’re committed to telling everyone about it tonight. I’m not sure what they’re expecting. I’ve argued that Casual is a shown that exists in a Libertarian bubble, but the-other-libs aren’t against swirl love.

After the rat is killed, Alex decides to talk to Valerie. He’s worried about her, their relationship, and casually brings up the fact that he knows that she has another brother. For some reason, this throws Valerie. I’m having a harder and harder time understanding her choices, but that’s the thing about crisis, it doesn’t always make sense. She decides that – as Leon is about to give his speech – her and Jack are going to leave. Leon and Leah decide to leave moments later, leaving Alex and Ray alone. Ray asks Alex if she talked to Valerie before she left and Alex acknowledges that it’s why she left. It seems like there are still some things for Ray to understand.